It’s about time I shed some light on this. It’s been, oh, I don’t know, six months since I thought I should write something to this effect. 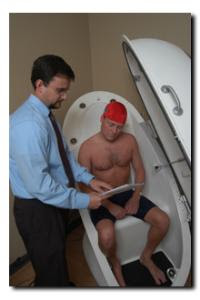 When modern researchers refer to the metabolism as it pertains to calorie burn, they are literally talking about the number of calories a person burns each day ? total oxygen and calorie consumption. That would be the standard definition of metabolism when it comes to finding maintenance calorie levels ? the number of calories it takes for your weight to remain constant.
Using this judgment, the larger a person is, generally the higher the total metabolism. Those with the absolute highest actual metabolic rates are those that are the most obese. The obese burn an almost superhuman amount of calories. It takes a lot of fuel to keep 500 pounds at 98.6 degrees F. And the fatter you are, generally the more calories you require to maintain your weight. From Robert Pool’s Fat: Fighting the Obesity Epidemic?

So, I guess what I’m saying is that I don’t want to lead anyone to believe that people who are overweight have a ?low metabolism. By that definition, they do not. Not at all.

In fact, one of the reasons obese people die younger and generally have more health problems may very well have a lot to do with all of the excess ?work? that their bodies perform in trying to maintain such a large body mass. If anything, the reason lean people have better health and longevity stats is precisely because they are lean, and their total metabolic expenditure and lower food intakes to maintain body weight are lower.

Say what you will about calories and aging, but being in a hormonal state of functional starvation, in which the body is trying to conserve calories by lowering its basal temperature, is an unhealthy state that lends itself to greater rates of both degenerative and infectious disease. And yes, overweight people often do have very low body temperatures despite massive total metabolic expenditure. Plus, being in starvation mode makes you want to eat more, and encourages fat formation out of the food you eat ? increasing total fat mass and total metabolic expenditure.

When you are not in functional hibernation mode, where the body maintains its temperature at ideal levels and is not trying to conserve calories, you don’t store fat. You don’t get bigger. You don’t need to eat more. Your body uses ingested food as energy and expels the excess through heat, activity, an increase in fecal calories, and other mechanisms the body has up its sleeve to prohibit fat accumulation.

So, thin or fat, you want to have a high body temperature ? a prime symbol of the body’s systems firing on all cylinders. This allows life to be lived more fully with greater disease resistance, more energy, better recuperative powers, and so on. It also lends itself to resistance to fat gain, and a well-controlled appetite. In October, with a basal temperature of 96.2 following 5-months of intense exercise and prolonged calorie deficit, even 4,000 calories could barely satisfy my appetite. I’m now getting satisfaction on fewer calories than ever before in my adult life ? an estimated 2,500 calories per day at most, while my body temperature hovers between 97.5 and 98.0.

I guess it all means that my metabolism is working well, not necessarily that it is ?higher? by the more common definition of the term. Hope that clears up any confusion, especially for those that think my eating to appetite on 4,000 calories per day when my body temperature was low was going to somehow compromise my longevity due to excess calorie consumption. No, it made me healthy, got my body out of conservation mode, and allowed me to get more energy and more satisfaction off of fewer calories ? precisely what all the people out there telling you to eat less to live longer are trying to achieve (while generally helping you achieve the opposite effect, due to the Equal and Opposite Reaction of the body discussed in my guest post at Zen to Fitness).

Don’t argue with your appetite. If you do have the inclination to argue with it ? temporarily do so to the upside to get an even more pronounced temperature-raising ‘satisfied on fewer calories? effect.

I’ll wrap this up with an examination of what happens to obese people when they lose weight via calorie restriction, a continuation of Robert Pool’s quote above. Basically, pound for pound, they end up having a far lower metabolic rate than a lean person as the famine response kicks in big time.  I guess, as a grand summary, you could say that body temperature paints the most accurate pound for pound portrait of metabolism, but doesn’t indicate total metabolic expenditure, which doesn’t provide much insight:


??when Leibel compared the lean subjects and the obese subjects before they had lost weight, he found that it was: while maintaining their weights, the lean patients consumed an average of 1,341 calories per square meter per day, and the obese patients took in 1,432. But the reduced obese were another story altogether. Once they had lost weight, the obese patients needed only 1,021 calories per day per square meters to maintain ? a drop of 28 percent from what their bodies had required before the weight loss.