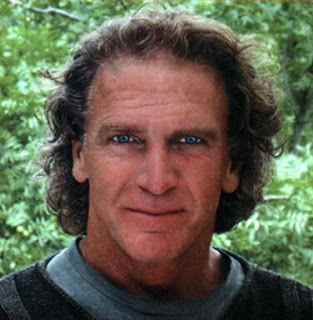 While consuming lots of raw milk, and no cooked foods whatsoever, it figures that ol? Aajonus Vonderplanitz would have come up in the comments section. And he did. Big time.

For those of you who aren’t familiar with Aajonus, consider yourself lucky. Aajonus is one hell of a weird dude, and some of the most outlandish and perverse things I’ve encountered people doing were done per the advice of this first degree diet Guru. Everything from eating rotten meat and feces to drinking your own urine or using semen as a topical cream. Thanks Aajonus. Sorry no ?facials? or ?fecials? for me bro.  (BTW, Aajonus claims to have once consumed nothing but his own urine for 41 straight days – and complained of having bad breath during it – ya think?).

Still, he manages to shock and intrigue many that come across his work. It is fascinating no doubt, and he is amongst the strongest proponents on earth for quality, nutritious, unadulterated foods in the battle of health vs. disease. For that, you gotta love Aajonus.

On the topic of raw milk, he practically overturned legislation against the sale of raw milk in California single-handedly, spearheading some bill that he crafted himself to protect the legal sale of one of his most cherished foods ? raw dairy products. In fact, odds are I wouldn’t be drinking Mr. Mark McAfee’s milk right now if it weren’t for the passionate work of AV.

Some of the roots of 180 sprouted from AV as well, as the moderator of the formerly-active Yahoo! Group ?AV-Skeptics? took a liking to 180degreehealth, challenged me for months, and played an integral part in the development of what the current 180 cult members know as the ?High Everything Diet.

Interestingly, in all of the research I’ve come across, and all of the wild ideas out there, Aajonus is the only other health advocate on the face of the planet that recommends whole foods overfeeding to improve health. On page 38 of The Recipe for Living Without Disease, he lays out the ?Recipe for Removing Deep-Tissue Toxicity,? which is overfeeding.

?Our idea about thin should be refashioned until we become healthy? I recommend that men gain 15-30 pounds and women 12-15 pounds above what should be their normal weight (not according to thin-fashion). The excess weight should be achieved within two months. It should be maintained for another 2 months? Men and women, get a temporary belly; it is healthier on and off!

By that last statement, he means to take the weight off later. In other words, his advice is to gain weight overfeeding on a raw HED, maintain it for at least two months, and then lose it. As much as I hate to associate myself with Aajonus, which would brand me as a kook and give me a scarlet letter for the rest of my career as a health researcher, I must admit?

That advice sounds awfully familiar, and I can’t deny that all of my health problems either vanished or improved tremendously upon doing precisely that without the ?raw? caveat (total weight gain from 11/1-12/31 ? 16.5 pounds, with the help of some restaurant food, PUFA, and refined sugar that I otherwise do NOT advise eating regularly while actively overfeeding).

Is it magical? Is my next recommendation going to be to eat doo-doo to replenish the microbial environment of our digestive tracts? I don’t think so! Screw that crackhead! The number of negative long-term health stories that I hear from former followers of AV far outweigh the number of happily-ever-afters. In fact, some of the most tragic dietary prisons I’ve seen people live in (barely live), were constructed around ideas gleaned from Aajonus’s ?Primal Diet. 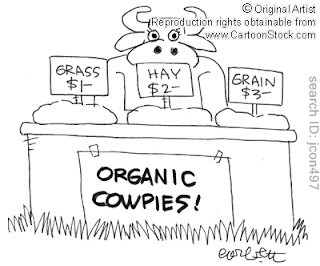 I do hear that it is a fantastic diet for those looking to increase the strength of their body odor, alienate their friends and family members, become isolated from society, develop paranoia about absolutely everything, cultivate strong chemical and fragrance sensitivities, and otherwise miss out on life.

Like any health author, AV has had some good insights. His experience with dietary manipulation is great and anyone who writes him off completely without perusing his work for valuable lessons is missing out. I’ve explored his work with the same open mind that I explore all ideas on the topic of nutrition and health. But dude, come on.