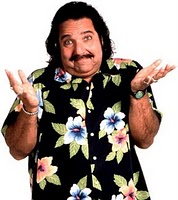 Delving deeper into our conversation from yesterday,’the best overall discussion of how the reward centers in the human brain?work that I’ve found is?in this lengthy but informative’slideshow presentation on pornography addiction. Although it may not seem relevant, it certainly is. The presenter goes into great depth about?food as well, and how it ties in.

While pornography addiction may be an extreme form of addiction, I can say, fully, that even just regular usage of the internet is addictive – extremely addictive. There’s something?innately’stimulating about being able to click buttons?and have curiosities satisfied within seconds. After many hours on the computer, I start to get pulled in and have trouble getting away from the internet.?Sometimes I will spend a couple of hours aimlessly clicking back and forth between social networking sites, blog comments, my email account, and other things that I like to check in on frequently, like the spot price of silver.

It has a strange and mysterious “oh let me just check one more thing” kind of feel. It’s like trying to turn the’television off before going to bed at night. You are constantly looking for?just one more hit of gratification somehow, one more?click of the mouse or button on the remote control,?and?keeping novel things coming down the pipeline by?being able to click on new videos or links or pages or channels?is enough to trigger the effect. Facebook of course is a perfect medium for triggering this “just one more bite” effect, and there are increasingly more tales emerging of people with serious addictions to it.

I was in real trouble when I was actively trading stocks and?currencies on the Forex market for a while in 2009. Yikes. I must have hit the refresh button 100 times per day for a while there, and eventually had trouble sleeping at night. Fortunately, the escalation process took hold of me, I began to take increasingly daring risks, and eventually lost all the money I had to play with. This may sound bad, but I got my life back, and immediately stopped spending half of my day?playing George Soros. It was the best thing that could have happened to me at that point. Of course, this is typical behavior for any gambling addict. It is an escalation process in which the rational mind is gradually replaced by the allure of the next?big thing.

Anyway,’this video series is just great.?Since?all forms of addiction share’the same basic characteristics,I actually find the fact that it is based specifically on pornography to be a very?entertaining choice – reminiscent of a funny skit by Dave Chappelle about the internet. As it pertains to the usual topic of weight regulation, anyone and everyone can see that, even if many cases of obesity have nothing to do with addiction and the?”just one more bite” allure of many modern, processed, over-stimulating foods, that certainly many cases of obesity have EVERYTHING to do with it. Addiction shares the same pathology, and operates?by the same neurocircuitry – mostly the dopaminergic system.?It’s?fascinating, and was certainly worth my time to watch.?And yes,?I’m addicted to watching youtube videos on my phone. But I keeps it educational baby so it at least?has something to?offer!