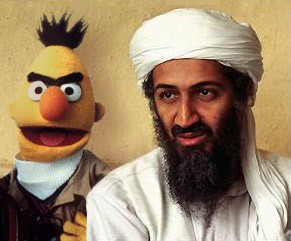 Make no mistake, there are some insulin haters out there. They have managed to pollute the minds of good folks like you and me into thinking that insulin is like Insulin Bin Laden ? a bad dude with no redeeming qualities.

Newcomers to www.180degreehealth.com are often still under the influence of low-carbism. Yeah, I know Taubes had a lot of references. I get it. I read the book multiple times as well as many of the references which provide ample refutation to the belief that carbohydrates are inherently toxic and lead to obesity and metabolic disease (like the works of T.L. Cleave and Denis Burkitt for starters).

But insulin is a beautiful thing. Insulin, for starters, helps’take food energy out of our bloodstream after digestion takes place and packs it away into muscle cells. Wow! I bet that feels really good, stimulates your metabolism, improves your immune system, satisfies your appetite, and makes your muscles grow?. It does.

The problem is, most people’s bodies are NOT working correctly, and the muscle cells are resistant to insulin. This is where the problem lies, and there is no single piece of evidence the world over that suggests, in the slightest degree, that unrefined carbohydrate staples consumed by human beings over the past 10,000 years has anything to do with causing that dysfunction.

So the problem is the overcompensation that occurs when insulin is not communicating with muscle cells efficiently. The result is that the benefits of insulin are not realized by the body. It’s kinda like water. You only get the benefits of water for cellular hydration if you drink with your mouth open.

One of insulin’s wonderful qualities in preventing obesity and metabolic disease is the fact that it is a primary satiating hormone. Yeah Taubes, you heard me. The only reason in animal studies that little critters ate themselves to death when insulin was injected is because insulin lowers blood sugar ? and the animals kept eating and eating and eating in order to keep from dying from hypoglycemia.

But insulin, under normal circumstances, is an appetite suppressant.

Because of this, among other actions of insulin (such as working in concert with leptin to raise metabolism, suppress appetite, increase lipolysis/fat burning, and so forth), insulin is a profound stimulator of the metabolic rate as well ? which is probably why very low-carbohydrate diets, and low-calorie diets, produce huge drops in T3 ? the active hormone that regulates metabolism.

Along with the drop in T3 comes drops in testosterone as well ? another of the primary hormones involved in building muscle mass and decreasing body fat, which depends upon ample amounts of insulin to be stimulated.

Insulin also works on an axis with the catecholamines ? which includes cortisol. When insulin goes up, adrenal activity falls. When insulin goes down, adrenal activity picks up. Keep insulin too low for too long and you run the risk of adrenal fatigue. You are also likely to increase the activity of cortisol (which, unlike carbohydrate ingestion, actually DOES cause insulin resistance) by keeping insulin levels suppressed, which increases insulin resistance, decreases testosterone, decreases fat burning, and otherwise takes you ever-closer to metabolic syndrome.

The result is more body fat and less lean muscle tissue ? not to mention a slower metabolism in general, which all ties into the fact that your muscle cells are literally starving. There is no insulin to pump vital matter into cells when insulin is low, and if you return to eating lots of carbohydrates, they are very fattening until the point at which your cortisol levels fall, your metabolism rises, your insulin resistance decreases, and then? finally, your muscle cells start receiving nutrients and you feel better for once – something nearly everyone patient enough to give RRARF a full course has experienced in full.

The point of this post is simple. You NEED insulin. Insulin can do some amazing things for you, first and foremost allow you to experience life at your full physical potential. But you have to be insulin sensitive to receive those benefits.

The ever-popular way to deal with insulin resistance by taking carbohydrates away from a person may have all kinds of benefits in the short-term. This is because chronically-high insulin levels as a result of insulin resistance (not caused by unrefined carbs) are lowered, and many other systems are able to come into balance because of this drop in insulin.

However, it is a dead end, and is not fixing the problem. Eventually, a person on a low-carb diet will run into negative symptoms of insulin deficiency, such as decreased metabolic rate, suppressed fat burning, weight regain, lowered testosterone, decreased immune function, and so forth. This takes a lot longer to take place in an overweight, insulin resistant person, and happens VERY quickly in an insulin sensitive lean person that has no business being on a low-carb diet in the first place.

Insulin resistance, most likely, is a development that takes place as an anti-starvation system in the body ? preventing fat burning while also preventing energy from being packed into muscle cells where it would raise the metabolism and build calorically-expensive muscle tissue. As we’ve discussed and will continue to discuss, the human famine response exists to prevent starvation, but any chronic form of stress from sleep deprivation to anxiety to chronic inflammation or dental infection to overexercising to nutrient deficiency is capable of triggering that chain of hormonal events? a theme seen in response to all kinds of deficiencies and stressors according to the work of true health pioneers (not to discredit Suzanne Somers, Susan Powter, or my favorite Richard Simmons) such as Robert McCarrison and Hans Selye.

The best way to bring metabolic syndrome under control? Eat unrefined, nutritious foods to appetite or beyond without severe macronutrient restriction (but an emphasis on starch to increase insulin sensitivity and lower cortisol most quickly), get lots of rest and relaxation, lots of sleep, and whatever else you can do to minimize your burden of stress, inflammation, etc. ? ranging from having root canals pulled to treating sleep apnea to decreasing the omega 6 polyunsaturated fat content of your diet. Read more about this strategy that I call RRARF (Rehabilitative Rest and Aggressive Re-Feeding) in DIET RECOVERY.

Ironically, the hyperinsulinemia epidemic that is sweeping the globe is best solved by befriending insulin and eating plenty of high-quality, nutritious, starchy carbohydrates (as well as other foods that stimulate insulin, like beef and cheese…. mmm, cheeseburger). Going to war against insulin with a low-carbohydrate or low-calorie diet may result in many victorious battles, but that war can never be won on a collective basis with that strategy? Even if a large percentage of people could follow such a diet long-term, which they cannot and never will, because most people’s bodies are too damn smart to let them get away with it for long.

For further reading, I highly recommend THIS?Series of ?ARTICLES written over the summer by James Krieger (badass) that highlights many of the errors in the low-carb theories about insulin that we’ve been discussing here for the last couple of years with some very new and interesting twists.