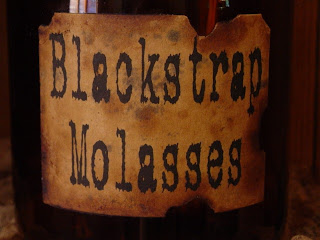 While many of you read in many of my eBooks including Diet Recovery about how to RAISE YOUR METABOLISM,?where I bark about the dangers of excess fructose consumption, I’ve had no choice lately but to file the general idea away into the minutiae department. I’m glad too. One of my primary objectives is to provide health information that involves increasing dietary freedoms and decreasing dietary restrictions. Well, I can’t say for sure 100%, but it appears that one of the major dietary restrictions I’ve been imposing on people over the years has just bitten the dust.
It just seems like a shame to keep people away from what seems to me to be’some of the most nutritious, enjoyable, and biologically appropriate foods on earth for a human -?like delicious ripe fruits, the ultimate fast food.

I think the negatives of fructose consumption can be attributed almost entirely to a handful of factors that have nothing to do with fructose. Such as…

1) In a low metabolic state, you convert more of the fructose you eat to fat. The body doesn’t want glucose hanging out stimulating the metabolism if it can help it. So it packages it into fat at a higher rate for storage – this also increases the amount of triglyceride in the blood which interferes with insulin’s function (insulin resistance). But this isn’t fructose’s fault. In a high metabolic state this simply could not be a significant problem, as you would manufacture less fat in the liver and burn those fatty acids at such a high rate they would not accumulate in the blood.

2) On?a high-PUFA diet, eating lots of fructose seems to cause fatty liver – just like consuming excess alcohol does. But on a diet low in PUFA with and emphasis on saturated fats with ample nutrients (such as plenty of choline as Chris Masterjohn wrote about a few months ago), fructose and potentially alcohol too can be consumed in much larger quantities without causing this adverse effect. Many believe that metabolic syndrome starts with hepatic insulin resistance caused by fat accumulation in the liver, but high-PUFA intakes and low-nutrient intakes are more likely to be the causative factors, not poor fructose found in fresh fruit.

3) When performing exercise and using up a lot of liver and muscle glycogen, the sugars found in fruit and in the sucrose in molasses are the optimal carbohydrates for refueling this lost glycogen. I don’t think there’s anything better for exercise performance and recovery than sugars – something my recent switch from mostly starches to mostly sugars has proven to me in short order.

This is just a short list of things that make fructose potentially problematic when it otherwise shouldn’t be. Others could include high stress levels, lack of sleep, low-carbohydrate intake, and other factors that impair our ability to?manage fructose properly.

And keep in mind too, with things like uric acid (Richard Johnson, one of the world’s leading anti-fructose crusaders vilifies fructose almost solely because?of its impact on uric acid levels), a comparison of fructose in fruit and fructose in refined sugar have shown THE EXACT OPPOSITE EFFECT on uric acid levels.?Refining is always going to be a much bigger problem than any type of?carbohydrate molecule in and of itself.

Note, it is probably best when starting out in a low metabolic state and attempting to overfeed with little to no exercise as part of the?180 RRARF Program,’to still generally favor starches over simple sugars because the body cannot convert starch to fat nearly as?efficiently. However, a practice such as what I’ll be discussing in a few weeks after I’ve built up a little more confidence about it – eating lots of fruit?first thing in the morning all by itself, may still be a great tool during recovery. In the morning the body is most receptive to storing carbohydrate and least likely to convert it to fat in the liver. So potentially RRARF could be even better with this practice thrown in with it. It remains to be seen.

Anyway, that’s the quick and dirty on why molasses, a food high in sucrose, is probably a wonderful item to?include in your diet – particularly if it’s matched up well with’some glucose-burning exercise (high intensity), and?you are still’taking strides towards?protecting your metabolism such as avoiding extreme diets, calorie restriction, too much stress, sleep deprivation, and so forth.

Although I?would’still generally prefer whole, fresh fruit as a sugar source from a comprehensive health perspective,?there is actually something quite poetic about molasses.? Many of us have incurred massive nutrient debts over our lifetime and the lifetimes that have come before it due to the widespread consumption of massive amounts of refined sugar without the?vital nutrients that come packaged with it for its proper?utilization.?Blackstrap molasses however is the perfect antidote to that, concentrating the nutrients but not the sugars – providing a surplus of nutrients needed to metabolize sugar and ounce-for-ounce more?minerals than perhaps any other food.

The bottle shown in the following videos for example, if the label is accurate, contains 6 days worth of magnesium in only a half day’s worth of calories. Calcium levels are off the charts. It is rich in potassium and many B vitamins as well. In the comments of the last post a couple of people mentioned feeling better after adding?molasses into their diets including one fine lad who had a bunch of?hair sprout on the top of his head where it had thinned previously. Pretty cool stuff. That was “Rocket” I believe. Feel free to refer to molasses as “Rocket Sauce” if you need to.

Anyway, here are a couple ways you can use molasses. Make sure it is blackstrap, the kind full of minerals and thicker’n tar. If you have limited time and can only watch one video make it the 2nd one. I was in a pretty good mood today. The first was filmed almost two months ago, and is a breakfast that I would now call “low-carb.”