Breast Milk of a Diabetic Mother 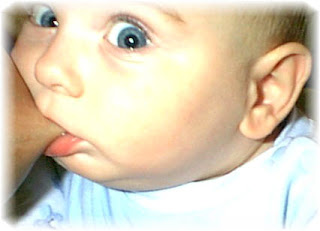 Over the course of the last century, human tissues as well as breast milk have accumulated a massive amount of polyunsaturated linoleic acid (omega 6). This is due to a massive rise in the consumption of vegetable oils, peanut butter, and eating the fat of pigs and poultry (and eggs) fed mostly soy and corn (what cows are fed has little impact on the total linoleic acid content of their meat and milk).

As proposed in Diet Recovery about how to RAISE YOUR METABOLISM, it’s hard not to suspect that these dietary changes have been responsible for many subsequent changes in our collective health. They have changed the composition of all of our cells and tissues in a multi-generational cumulative fashion, and this change in cellular composition has a lot of metabolic and inflammatory implications.

Okay I’ll stop sounding so freakin? nerdy? These fats slow down your metabolism and cause you to produce extra inflammation ? the commonality that modern scientists have found between countless seemingly unrelated health conditions.

Of course, one thing the modern world is faced with is this rising tide of hyperinsulinemia and rising blood sugars from our sucky glucose metabolism. Most blame this on carbohydrates despite utter failure of epidemiological evidence to back this theory up, and even more contradictions than what you see with the saturated fat kills hypothesis.

Anyway, Amy, a former La Leche League International leader, passed along an interesting study of the differences in the composition of breast milk in a diabetic mother. We know that children born to women with diabetes have a much higher risk of becoming obese and diabetic, and getting it younger than their parents did?

So what the heck would be the differences in a diabetic mama’s milk during this key priming period during a human’s development? Most mainstreamists would probably assume it’s higher in saturated fat and cholesterol and lower in ?healthy fats,? like oleic acid found in olive oil and polyunsaturated fats found in nuts, seeds, and fish. In fact, in a mainstream book on type 2 diabetes, which the authors call ?incurable,? and I would agree 100% when using the approach they call for ?I found this?fine chunk of dietary wisdumb?

?Avoid saturated fats such as butter, shortening, fats on meats, bacon, and tropical oils like coconut and palm oil. These same foods are also high in cholesterol and promote high levels of LDL cholesterol in the bloodstream.
– Eisenstat, Stephanie A. and David M. Nathan. Every Woman’s Guide to Diabetes.

Actually, looking at the title of that book, one has to wonder if the book is a guide for having diabetes or a guide on how to get there.

Well hey, don’t worry Sweet Steph and Diabetic?Dave (Blooperheroes??). A diabetic mother has an innate wisdom to produce a diet for the young kid just like you advise. These were the differences between the diabetic mom’s breast milk and what is considered normal?

Interesting, but sadly these wise guys still can’t manage to think outside the box, concluding?

?These results suggest that diabetes produces changes in lipid metabolism in the mammary gland that alter the composition of milk produced by the diabetic mother.

And here’s the study referred to in this post. Not a particularly significant study in terms of numbers or any kind of statistical relevance, but there are certainly no surprises in their findings.

Milk composition and volume during the onset of lactation in a diabetic mother. http://www.ncbi.nlm.nih.gov/pubmed/2596426