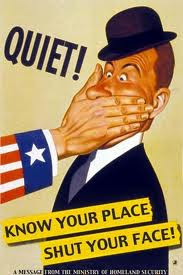 Still busy working on a side?project, but didn’t want anyone to miss out on some more quality carbohydrate propaganda.

First up is Scott Abel, totally abusing?his power as the world’s most successful fitness trainer in marketing some bogus supplement. He?claims this supplement boosts leptin, strengthens your immune system, keeps sex hormones at peak function for muscle building, increases athletic?performance and more. Yeah right Scott, like any supplement could to that!

And then Riles, a total starch-pusher that thinks carbohydrate is good just because it helps him to be really muscular and lean and feel really good, sent me a video of some kid talking about a study in which 11 out of 20 type 2 diabetics were able to come off of their insulin by eating a high-fiber, high-carbohydrate diet for 16 days. The kid’s name is Robby Barbaro. Something sound fishy about that name?? You bet it does! Barbaro sounds eerily similar to “Carbaro.”? But hey, I can’t be trusted. I live in a town called CARBondale – a town mysteriously lacking in obese?people, gyms, and fast food joints. In?fact, THIS is the only fast food?burger joint?in town. Sounds like a Commie conspiracy against America if you ask me!

Note, after reviewing several of JW Anderson’s studies, one thing is clear. It’s not the carbohydrate per se that causes the positive insulin-sensitizing impact and enhanced glycemic control. It’s not necessarily the severe fat restriction either. It appears that the big drops in triglycerides and increase in insulin sensitivity’that commonly occur on the type of diet used by Anderson, as well as in real life in clinical practice by guys like Joel Fuhrman (who prescribes a “beans and greens” approach to reversing type 2 diabetes), result from a heavy intake of fiber – including resistant starch discussed last week, and a high ratio of starch or “complex” carbohydrate to simple sugars.

This increases the production of short-chain fatty acids in the gut such as acetate, butyrate, and propionate – discussed in part in this eBook DIET RECOVERY?, which increases metabolism, decreases appetite, causes spontaneous weight loss,?increases physical activity, drops triglycerides, lowers cholesterol, improves?both insulin and leptin sensitivity,?and improves HDL to LDL ratio all in one shot. This also patterns an improvement in gut flora to favor the type of gut flora seen in lean people such as rural Africans as opposed to that seen in the obese, which also provides better?resistance to infection and decreased chance of developing bowel cancer, inflammatory bowel disease, and more.

You can?hear more about resistant starch and fiber in my latest videos at: