Well boys and girls, this will be my final blog post. I drank the RBTI Kool-Aid and it tasted good. And now, well, there’s not much left to write about. It’s all ?in the numbers? you see. 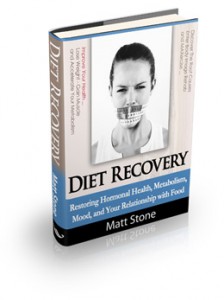 Okay okay, you’re not buying that for a second. You know me well. I have a severe writing problem, and there is no known cure. Even RBTI was unable to cure me of my condition. In fact it could be the worst flareup I’ve ever had. I put the RBTI cookbook together in 6 days for example, and will be releasing another book in two weeks ? Diet Recovery: Restoring Hormonal Health, Metabolism, Mood, and Your Relationship with Food!But this really will be my final blog post on THIS blog. As soon as this one is done, I’ll be switching everything over to the http://180degreehealth.com/ domain. The ?mother ship? as I call it is getting a makeover as we speak from long-time 180 follower ?CA$H Money. It is going to be setup almost exactly the same as this badboy, just sharper around the edges. The forum will not be launched at the get go, but that is DEFINITELY in the works. Expect the new version to be live right around November 1st, give or take a couple days.

Yes, that means 10 whole days without a new blog post. I know, it’s sad, but I’ve got quite a bit of work to do on the site over the next 10 days before it comes out. So it will be good for me to focus on that. And I’m sure, with the excitement of the new site, there will be quite the blog post binge taking place for the first few months. But I’m jumping the gun here. Let’s focus on this post ? the Grand Finale of 180 ?Bloggie-Style.

It’s pretty clear that, because of how science is conducted, that most researchers and writers are getting ever-more-narrow in their focus on things. It’s human nature I think to want to identify a single enemy, flush it out of hiding, and put it to death. First it was saturated fat that was killing everyone, then it was not exercising enough. Then it was overeating. Then it was sugar. That got slimmed down to fructose. Then inflammation was the cause of everything, which was slimmed down to gluten. Then trimmed to omega 6, or omega 3 ?deficiency. At one point it was insulin. Big, bad insulin. Then cortisol. Now food is just too damn palatable. And in my recent Wheeling dealings, it was all about minerals.

It’s good that we have myopic researchers on crusades to brutalize their chosen enemy in some ways (and it’s good that I go down as many of the rabbit holes as possible to explore the validity of these bandwagons). We get to see that some foods, substances, mindsets, and hormonal states are contributors to health problems – at least in a certain “context” wink wink. But it seems that each person in the health field is trying to one-up the other by saying, ?Fructose! That ain’t nothin?! Have you seen gluten?? It all reminds me of a comedy skit by Brian Regan.

But once you take context into account, you graduate to an entire universe of more sophisticated ways of looking at things. If you identify that fructose is capable of causing fatty liver, insulin resistance, overeating, and obesity ? you must later determine what context that is in. Because there is a context in which you can eat until you vomit of fructose and not have any of those problems. It’s called being a fruitarian endurance athlete. But even if you remove the endurance athlete component, you are still unlikely to develop the same fructose-related problems of someone eating a mixed diet washed down with liquid fructose in the form of Mountain Dew.

These little variables are highly significant, but it’s NOT a matter of isolating those variables to discover what really is that single Big Bad Wolf. What matters is the diet, mindset, stress level, social status, lifestyle, exercise level and type, sleep quality, health history, and heredity combined. These factors can never be separated in a real, live human being.

The reason I bring a lot of this up is my recent experiences with a change in context. At the beginning of the year I was experimenting with some of Ray Peat’s ideas about diet and health. I was eating lots of ice cream, full-fat milk (even though Ray drinks low-fat milk), shellfish, sweetened coconut, fruit juice, and fruit. I was having some of these at frequent intervals to keep the production of catabolic hormones to a minimum. If I did any exercise, it was brief and intense with an anabolic effect (for those unfamiliar with such terms, anabolic exercise is stuff like weightlifting or sprinting, catabolic exercise would be, say, distance running or hiking).

While I got very warm (over 98F upon waking and 99+ during the day), and everything was cranking from a metabolism standpoint, I was also waking up in the middle of the night starving, really hungry if I went more than a couple hours without food ? which included needing to eat quite a bit late at night to be able to go to sleep, and, in turn, putting on quite a bit of fat. I went from a fairly lean and muscular 195 in November to a fluffy 210 by the end of May (?Ray May,? coincidentally).

I could have easily blamed fructose for this. Or I could have blamed dairy fat. Or I could have expanded outward and blamed it on ice cream, or highly palatable food ? as ice cream has pretty much always struck me as the most alluring and addicting of all foods. And at that time, I did.

But lo and behold, the moment that I began eating many of these same foods ? juice, fruit, ice cream? and other very palatable foods like pizza, pie, cheesecake ? in a different context, I lost not just all the weight I gained eating these foods, but all the weight plus some. I’m down from 210 to around 187 and falling. My total quantity of exercise, while increasing lately, is still no higher than it was during the period that I gained from 195 to 210. The intensity is much lower ? mostly hiking with an occasional flurry of pushups or dumbbell exercises. I’m at least as lean as I was at 195 a year ago while doing Scott Abel’s Metabolic Enhancement Training.

The most famous examples of the principle of context can be found in the spheres of ?physique enhancement. Alan Aragon eats Cream Puffs. Kevin ‘the Machine? Weiss is one of the most badass human beings on earth, and gets very lean eating Oreo Cakesters in a certain context as well as doing what Scott Abel calls ?cake loading.

And of course, there is no more famous example than that of Martin Berkhan, who has less fat than a Snackwell and is known for eating an entire Cheesecake in one sitting – although this pales in comparison to Kevin’s?incredible Cycle Diet spike-day breakfast.

These guys all know that these foods are ?fattening? in a certain context (without weightlifting, calorie cycling, intermittent fasting, etc.). But there is nothing taboo about these foods. They can eat them without being raging diabetics, developing non-alcoholic fatty liver disease, or having their hunger run away from them like personal trainer Drew Manning in his recent ?Fit to Fat? experiment (which is reminiscent of Morgan Spurlock’s experience during Supersize Me)?

He describes his personal experience with intentionally gaining weight on junk food as follows?

?All of these foods that I’m eating (sugary cereals, granola bars, juices, white breads, white pastas, sodas, crackers, chips, frozen dinners, mac n cheese, etc.) taste delicious. But then I feel like crap later on and I get hungry again and crave those same foods?


I’m to the point where I feel lethargic and uncomfortable. I definitely feel ?addicted? to these foods. In the beginning, I did not like soda, but now I can’t go a day without, otherwise I’ll get the headaches, bad mood, etc. Emotionally, it’s taken a toll on my confidence level, even in my marriage. I don’t like the way I look in public; nothing fits right; bending over to tie my shoes or clip my toe nails has become so difficult. I’ve definitely taken those things for granted?


I think the biggest thing I’ve learned is how intense and how real these food cravings are. I think a lot of people associate the word ?addiction? with drugs and alcohol, but I do believe this addiction (to America’s processed foods) is real and very similar. I know I’ll never know exactly what it’s like for every person that’s overweight and I don’t claim to, but at least I understand better than I did before when I never had to struggle with this. I hope to learn a lot more in the second half of my journey, from fat 2 fit.

I’m eating a lot of those same foods, but in a different context to Drew Manning. I am getting a little exercise. I am eating my main meal in the middle of the day and avoiding meat, sweets, and big meals after 2pm (and triggering an intermittent fasting effect as I am eating only 300-400 calories from 2pm to 8am the following day ? an 18 hour period). I am drinking a lightly-sweetened beverage in 4-ounce doses every hour (gently lifting my sugar levels with 15 calories instead of a half container of ice cream a la Peat). I am eating a very consistent daily meal schedule. I am eating very high carb in the morning and lower carb in the evening (carb cycling). All of these things have a big influence over the final outcome.

In other words, the context is more important than the individual foods themselves in this particular case.

And this is mostly just an examination of appetite and weight. We could analyze and scrutinize any number of individual factors in terms of how they are impacted by different contexts.

Anyway, I’m excited. I’m excited because it has long been one of the primary objectives at 180DegreeHealth to find ways to expand dietary freedoms, having the maximum amount of health on the minimum amount of effort. While my recent dabbling in RBTI may have appeared to be in disharmony with this ? some of the ‘tricks? of RBTI can easily be harvested an implemented aside from the greater complexity and restriction that comes with following it full Monty (which, as I mentioned in the RBTI Intro Package published 10 days ago, is sometimes very necessary for an ill person in a very weakened condition).

And it’s not even these ‘tricks? that should be glorified and worshipped as the new ?it. They aren’t. Each person’s health is highly individual and complex, but tiny shifts in context can change all of the other variables. This is obviously not an unfamiliar concept ? as raising metabolism for example often enabled people to tolerate things in whole new ways. Carbohydrates for example went from something that caused great crashes and mood swings to something that triggered great energy, sex drive, warmth, and happiness when consumed in the right context (without starving yourself or overexercising, and getting plenty of sleep).

So be mindful of context, not jumping too quickly to?blame all things from your saggy bottom to your bad haircut on one isolated food or substance. There are often ways to eat the foods you think you can’t without having an adverse reaction by changing as little as one other minor factor. The whole picture of how to achieve a healthy mind and body extends far beyond any?one food?or substance that you may have declared war on.

Okay, that’s it for Blogger. It’s been fun. Now join me next at the new http://180degreehealth.com/?!