One nutrition researcher who claims to have been “studying nutritional controversies” for decades is David Brown of Kalispell, MT. David contacted me nearly two years ago, and we’ve kept in close contact ever since. In our health travels, we’ve both come to similar conclusions on the two greatest dietary evils – omega 6 fat and refined fructose. With all the fructose bashing going on around here lately, it only seemed fair to do a quick post on omega 6 as well, and why omega 3 fatty acids and saturated fats are the optimal fat choices to avoid omega 6 overload – which potentially results in a hyperinflammatory condition in the body.

David recently wrote this letter, and cc’ed me on the e-mail. It was worth sharing. Thanks David. The video by Bill Lands that he recommends at the end of the letter requires jumping through a few hoops to access, but is definitely interesting for those with 37 minutes to spare. 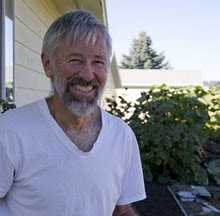 Lately, I’ve been asking everyone I encounter what they know about omega-6 fat. The usual responses are “A little” or “Nothing.” And most of those who say “A little” actually mean “Nothing.” This is not surprising given the lack of scientific interest in the metabolic effects of excessive omega-6 intake.

A lot of heart disease research, over the past forty years, has consisted of studies in which scientists attempted to connect saturated fat consumption to heart disease. It was assumed that since saturated fats increase cholesterol levels in the bloodstream, reducing saturated fat intake would lower the risk of developing clogged arteries. More recently, scientists have shown that it is cholesterol particle size that is associated with heart attack risk, not total cholesterol. You wouldn’t know this from watching ads for statin drugs.

How does omega-6 fit into the picture? That’s a long story – almost 200 years long. Ironically, it began in France with the 1813 discovery of margaric acid by Michel Chevreul. In 1853, the German structural Chemist Wilhelm Heintz analyzed margaric acid and found it to be a combination of stearic acid and the previously unknown palmitic acid. In 1869, Emperor Louis Napoleon III of France offered a prize to anyone who could make a satisfactory substitute for butter, suitable for use by the armed forces and the lower classes. Responding to the challenge, French chemist Hippolyte M?ge-Mouri’s invented a substance he called oleomargarine. The name became shortened to the trade name “margarine.” M?ge-Mouri’s patented the concept but was unable make money manufacturing the product so in 1871 he sold the patent to the Dutch company Jurgens, now part of Unilever. In 1897, French chemist Paul Sabatier perfected a process called hydrogenation. In 1902, German chemist Wilhelm Normann was awarded a patent for the hydrogenation of liquid oils. In 1911, an American company founded by two immigrants, William Proctor, a candle maker from England and James Gamble, a soap maker from Ireland, began marketing a product called Crisco; the name being derived from the initial sounds of the expression “crystallized cottonseed oil.”

So, around a hundred years ago, food technologists began manufacturing substitutes for butter (margarine) and lard (Crisco) from seed oils and about a decade later, the death rate from heart disease began to climb precipitously.

By the 1950s, heart disease was so prevalent and people were dying from it at such a young age that finding the cause became a major priority for medical researchers. The science of epidemiology was born and massive studies were carried out in many countries to determine if there was a connection between food intake and clogged arteries. Leading the charge was University of Minnesota physiologist Ancel Keys. Dr. Keys enthusiastically promoted the idea that consuming too much saturated fat caused arteries to clog. The idea took hold and was vigorously promoted by vegetarian activists, sugar interests, the edible oils industry, and certain prominent scientists. In the 1970s the government got involved and began issuing dietary advice to lower fat intake to control weight and restrict saturated fat intake to prevent heart disease.

For the past four decades we’ve been relentlessly bombarded with messages to consume less butter, choose low fat dairy products, eat less red meat, eat fewer eggs, etc. At the same time we’ve been told to replace animal fats with margarine and polyunsaturated vegetable oil products. But food products made from seed oils are high in omega-6 fats. It’s estimated that Americans consume 10 to 30 times more omega-6 fats than omega-3 fats. Both omega-3 and omega-6 are essential fatty acids. That means we have to consume them to be healthy. However, they need to be consumed in roughly equal amounts because the body does not have the ability to sort nutrients to balance their concentration in tissues.

For further explanation I urge readers to watch this 37 minute presentation entitled Why Omega-6 Fats Matter for Your Health by Dr. Bill Lands. http://www.iamplify.com/store/product_details/Evelyn-Tribole-MS-RD/Learn-Why-Omega-6-Fats-Matter-to-Your-Health/product_id/6949