Not too long ago a new type of eating disorder was added to the big 2, anorexia and bulimia. This new one is referred to as orthorexia, which is, in a nutshell, having an irrational infatuation with healthy eating.

Of course all the health authors and bloggers out there cried out as if this were some kind of conspiracy to keep people from making healthy food choices. Maybe that has something to do with it, maybe not. Alex Jones certainly whipped up a fuss over the new term, but then again, Alex Jones whips up a fuss over pretty much everything (which incidentally makes him pretty entertaining at times).

But at 180D, we know all too well that there is definitely a such thing as orthorexia, and it is not some mythical disorder. In fact, the worst health situations I’ve come across personally have been in those who tried too hard to be healthy vs. not hard enough. When you get a strong enough idea in your mind about how you should eat, live, exercise, etc. you will drown out obvious internal signals and biofeedback’that suggest that you are harming yourself – in some cases severely and irreparably. This of course, is the true danger of orthorexia, as ALL?dietary touted-as-panaceas in the modern world are at least partially, if not wholly, inaccurate.

To help us better understand and define orthorexic eating behavior, I’ve created several sub-categories of orthorexia. This is written in a joking tone, but overall not really a joke at all. Enjoy the new, creative, linguistically-incorrect but at times comical terms and their definitions. In the next post I hope to, instead of ridicule various types of eating, to line out and define in concise terms what I hope we can all agree is Eating Order, instead of Disorder.
Carnorexia

This sub-classification of orthorexia is marked by a pronounced fear of animal products, including eggs, milk, fish, and sometimes honey. This eating disorder is often accompanied by proclamations of moral superiority, false over-sensitized ecological fear mongering, and nonsensical claims of excessive longevity and ?immorbidity? (total protection from disease of all kinds) despite frequent acts of aggressive and intolerant behavior coupled with a litany of health problems, including but not limited to emaciation, infertility, hair loss, sexual dysfunction, loss of menstruation, depression, osteopenia, dental decay, and most of the common degenerative diseases it is touted to protect against. 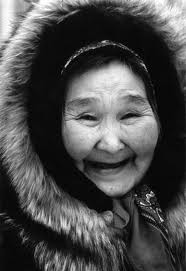 This sub-classification of orthorexia is marked by a peculiar and nonsensical fear of carbohydrates. Sufferers often believe in unscientific and easily disprovable theories regarding the hormone insulin, such as the belief that insulin increases appetite (false), that carbohydrate consumption will raise your basal insulin levels (false), that spiking insulin causes insulin resistance (false), that insulin is the ?fat-storage hormone? (false) and many other scientific fairy tales. It’s as if carborexics live in a parallel universe in which carbohydrates, instead of increasing longevity, lowering appetite, lowering body fat levels, lowering basal insulin levels, reducing insulin resistance, and improving overall body composition like they do in the real world ? somehow perform the opposite function in all categories. Obsession with weight, condescending attitude toward mainstream nutritional beliefs, irrational fear of type 2 diabetes and advanced glycation end products, infatuation with the short-lived arctic explorer Vilhjalmur Stefansson and the prematurely-aging Eskimos he studied and reported on (as aging prematurely), and more are common facets of the disorder. Some are so out of touch with reality that they tell people who have round faces like Eskimos that they have “carbo faces.”?Perhaps the most frightening symptom of carborexia is over-reliance on a useless and misleading tool known as the Glycemic Index, which leads to the highly irrational equating of high-fructose corn syrup in Pepsi with the starch in potatoes, corn, and several whole grains. Repetition of the phrase ‘sugar is sugar is sugar? is a serious red flag that can almost be used single-handedly to diagnose the disease.

This sub-classification of orthorexia is marked by clutching to a half-century old, but repeatedly debunked belief that the consumption of fat, as well as cholesterol, will raise blood cholesterol levels and lead to clogged arteries, heart disease, and stroke despite overwhelming evidence that the consumption of dietary fat and cholesterol, in and of itself, is unrelated to the disease entirely. Liporexics often have a strong compulsion to eat products sold in Nabisco’s line of Snackwell food products, as well as eat incredible amounts of otherwise sugary foods. This is perhaps the most prevalent, but hard to diagnose form of orthorexia as the disorder has reached such large proportions as to blend in as part of social normalcy. Repetition of the phrase ?artery-clogging saturated fat? is one indicator of the disease, as is making repeated jokes about clogged arteries every time a slice of bacon or egg yolk is consumed followed by a chuckle of laughter. 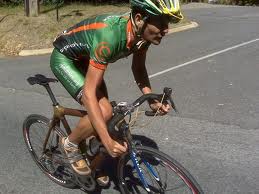 This is a fortunately rare but particularly irrational form of orthorexia that is marked by fear of eating food that has been heated beyond roughly 140 degrees F, the temperature at which most food enzymes are destroyed, despite there being very little compelling evidence that consumption of raw foods is superior to cooked foods, or that food enzymes play a very important role in digestion, health, and so forth. Because food is so poorly digested and absorbed?when raw, emaciation is common.The disorder is often accompanied by an uncontrollable urge to do video blogs. 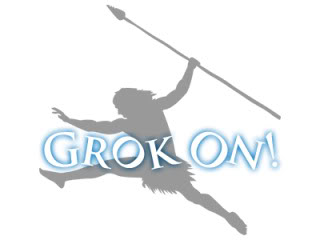 This sub-classification of orthorexia is unfortunately growing in popularity, and is marked by peculiar fantasies involving a fictitious caveman-like character referred to as Grok. Paleorexics, in an act of great cognitive ignorance, manage to ignore the thousands of years of successful human civilization after the Paleolithic era, the well-identified health benefits of grain consumption, and the profound breakthrough in human civilization that harvested the milk of other mammals for the first time. The diet of the Paleorexic is based more on speculation of the health and longevity of people living hundreds of thousands of years ago and speculation and generalizations as to what he/she did and ate on any given day ? all concepts that are unknowable, and highly variable, and in no way proven. They ignore the distinct possibility that Grok ate and lived in the manner that he did, not because it was superior for human health and longevity, but that’s what he had to do to survive and that it came with many penalties. Paleorexics often suffer from multiple forms of orthorexia all at once, including carborexia, often very severe, and in some cases pyrorexia, which makes an otherwise mild eating disorder into something very extreme, debilitating, and completely socially isolating and crippling ? particularly amongst other family members who are made to feel very uncomfortable by these bizarre eating practices. Fasting is often another element accompanying this form of the disease. Fortunately, this disorder is very easy to identify, and can be done so based on the consumption of gluten-free beer that no rational person would drink, and the proud wearing of the most aesthetically-unpleasant footwear ever designed.

Gojirexia
This sub-classification of orthorexia typically accompanies pyrorexia and carnorexia, but it doesn’t have to by definition. This disease is marked by the unwarranted belief that certain foods contain magical, rejuvenating, and alchemic properties beyond what a rational person would ever buy into on a logical level.

Gojirexics will often pay totally irrational sums for these foods, and often throw them all together in a strange and peculiar modern-day invention known as a ‘smoothie. Frequent purchase and consumption of Reishi mushrooms, Goji berries, Acai juice, Cacao, Maca powder, spirulina, mangosteen, chlorella, wheat grass juice, various types of algae, or the especially vile Noni juice are just a few examples of what can be found in the pantries and refrigerators of a typical Gojirexic. Dreadlocks, wooden jewelry, unkempt appearance, odd body odor, David Wolfe materials, and trust fund accounts are common ways to diagnose the disorder, but are not to be used solely to diagnose the disorder without thorough inspection of health food grocer receipts, personal food storage areas, or ease of accessibility of blender or juicers in the home kitchen. 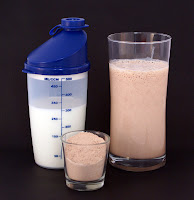 Similar to Gojirexia, this sub-classification of orthorexia is marked by manic over-reliance on dietary supplements instead of real food itself. This is a difficult disorder to diagnose unless you have access to the sufferer’s wallet ? which will be characteristically filled with discount cards to various health food establishments. Shaker cups in gym bags and vehicle floorboards, as well as pill cases is another red flag. One sure diagnosis can be made by sifting through the cupboard in which supplements are kept. If more than one shelf is filled with supplements, it is a sure diagnosis. If the supplements stay on the kitchen counter for easy access, this is a sure diagnosis. But most of all, if all of the supplements have sales stickers ? a sign that the Supplorexic has purchased a variety of supplements not for some premeditated or logical reason, but purely because the supplements were on clearance and happened to be in powder and pill form, you can be sure that you have a hardcore Supplorexic on your hands in need of treatment. If all else fails, check the breath for fishy odors.