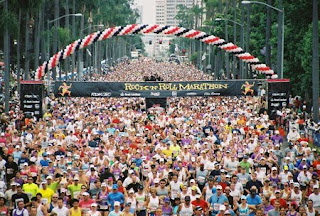 After a grueling 2-mile ride on my girlfriend’s?cruiser bike (?Mojito?) while talking on a cell phone ? and carrying a large load (1 book) in the basket on my way to the post office, I figured now was a perfectly good time to lay out some definitive 180 thoughts on the topic of exercise.

On many other occassions I have talked about triglycerides. Yes, the blood level can be revealing, but more important is the amount of triglyceride ? or fat, that hangs out in the muscles. This is referred to as intramuscular triglyceride, or intramyocellular fat.

It appears that this intramyocellular fat is the primary driver of insulin resistance, and also leptin resistance which increases appetite and reduces metabolism/body temperature even if you are overweight and eating a high-calorie diet (which should normally trigger feedback mechanisms that bring your weight down, like a rise in metabolism and decrease in appetite).

For those uninitiated, low body temperature is a primary focus at 180D? the kind that isn’t related to legitimate thyroid gland dysfunction (much less common). The reasons why body temperature is such an important indicator of overall health and how it can most effectively be brought to normal is all laid out in my book Diet Recovery. Anyway, let’s have a little chat about how exercise impacts this type of fat, how it therefore impacts insulin and leptin resistance, and where exercise figures into the big picture of health attainment and maintenance?

Endurance exercise, something I’m very familiar with after over a dozen years of being an obsessive hiker and backpacker (I actually worked as a Wilderness Ranger for 7 seasons, hiking 500-1,000 miles during the summer, and wrote a book about backpacking many years ago), is a perfect example of a Catch-22.

We know that lots of exercise burns intramuscular fat and is insulin sensitizing. That is why everybody and their uncle in mainstream health is infatuated with it. We’ve known since forever that doing a ton of exercise is a good counter to a diet that otherwise would result in lots of intramuscular fat storage (high-fat, high-omega 6, high-sugar, high-calorie). It is, and the single greatest reason that it has been found to be beneficial is probably the ability to increase insulin sensitivity.

But not so fast. Long-duration cardio or endurance exercise makes the body more proficient at storing intramuscular fat, because intramuscular fat just so happens to comprise a large percentage of the bodily fuel used to do this type of exercise. Generally speaking, the higher the intensity level and the shorter duration of the exercise, the higher the ratio of glucose to fat used as fuel and vice versa. And, after a couple hours of exercise, much of the glucose is used up, and the ratio of fat burned to glucose burned becomes even higher.

So, in a nutshell, working 10-hour days which often included more than 15 miles of hiking at moderate intensity levels (right in the perfect heart rate range for optimal fat burning), had the following impact on me AND most of my co-workers (generally speaking)?

1) Go from not exercising much to exercising a ton ? lose fat at an incredibly rapid rate, can get away with anything diet-wise (I used to eat a half dozen cake doughnuts and a quart of chocolate milk for my first breakfast of the day), feel awesome

2) Get kind of tired and drained after a few months, with greater proneness to illness and injury – in my case an increase in digestive problems,?have a drop in metabolism (my morning body temperature dropped from 97.9 to 96.2, resting pulse into the 30’s and low-40’s), and no longer lose an ounce exercising 10 hours a day, even if you are not eating that much food? but note, physical conditioning is superhuman

3) Stop exercising at the end of the season and have ravenous hunger, lethargy (I always promised myself I’d ‘stay in shape? after the season but went 0 for 12 during my avid hiking years), and gain fat at an incredibly rapid rate ? usually eclipsing my weight prior to the beginning of the season

Of course, part of this is due strictly to calorie deficit. It’s impossible to eat as many calories as you burn, no matter how hard you try to stuff yourself. One season I consumed 2 pounds of butter, 4 gallons of whole milk, 10 pounds of fatty beef and pork, and a heck of a lot more each week and still lost 10 pounds of body fat in about 5 weeks. I figure I must have eaten about 5,000 calories per day during this time but burned an average of 6,000, for a daily 1,000 calorie deficit. Get lean enough, and this will crush your metabolism, which brings up an important point?

Endurance exercise slows down your metabolism!

Most people think that burning more calories means that your metabolism is higher. This is not true. Driving your car more often does not change its gas metabolism. Rather, it works something like this?

In my case, as a hiking fanatic for 5 months out of the year, I might have started the season with a 1:1 appetite to metabolism ratio (AM Ratio) at 175 pounds while sedentary. I was burning 3,000 calories at rest, and had the appetite for 3,000 calories each day on average.

By the 5th week I’d weigh 165 pounds, but let’s say now that my?resting metabolism dropped to 2,500 while I burned 3,500 through exercise for a total of 6,000 calories per day. I could maintain weight eating twice as many calories, but my actual metabolism had dropped, hence the fall in body temperature (more significant) and heart rate (less significant ? and can just be a sign of improved cardiovascular efficiency).

But no matter what, I never would lose weight below 165 (I did my first season, going from 170 to 155, but my body adapted to never let that happen again).

As you get more and more ?in shape? for endurance exercise, your body is able to do increasingly more difficult and longer-duration exercise while burning fewer and fewer calories. Testosterone levels drop along with your resting metabolism, and you lose muscle mass as well ? making you able to perform endurance exercise more efficiently.

So, the irony is that to be a really good endurance athlete, you must have as little muscle as possible, store intramuscular triglyceride for fuel very efficiently, and burn as little calories as possible while exercising. These are the precise adaptations that occurred with me and my co-workers, which is why, doing ever-increasing amounts of work in a work day as we got in better and better shape, our rate of weight loss would slow and then stop completely.

Basically, if you want to get to where you can exercise 10 hours a day without losing any weight, burn fewer calories at rest AND during exercise,?and develop an unprecedented ability to store fat eating to appetite if you stop exercising, then I highly recommend endurance exercise. It is unparalleled for making your body a fat storage machine. I would say that by the end of the season my?resting metabolism was probably near 2,000 calories per day instead of 3,000, and my appetite was probably around 4,000 calories per day ? 2:1 AM Ratio, which leads to rapid fat storage if you are not a believer in willpower like me.

Unfortunately, most exercise fanatics point to what happens during the first phase of exercise ? an improvement in insulin sensitivity from burning all that muscle fat, fat loss, improved cardiovascular performance, and the ability to eat more food and still lose weight.

What they ignore, is that the vast majority (call it 19 outta 20)?of people that have insulin resistance and are overweight DO NOT continue long-duration exercise for the rest of their lives once they start it. Those who start and then stop, take 1 step forward and 2 steps back, just like someone who goes on a low-carb diet and then quits it at some point (also call it 19 out of 20 people), which has almost an identical impact (you burn a higher percentage of fat to glucose for fuel, and thus store it in muscle better, you raise cortisol ? which is also fattening and happens with endurance exercise, and so on). More on cortisol and weight gain in this video:

If you want to be able to eat to appetite and exercise as a leisure activity, solely for pleasure, while being healthy, insulin sensitive, and not gain weight ? then endurance exercise will take you farther from that destination. I don’t see how anyone could argue otherwise.

If you want to be a prisoner of exercise, dependent on doing hours of it per day to maintain your weight and be insulin sensitive, then endurance exercise is your ticket.

P.S. ? I still like hiking. It is an enjoyable activity for me. But I do not recommend doing it habitually for several hours on end ? more than a couple times per week. Every time I do lots of hiking my weight set point increases. One example is that when I tried overfeeding for the first time after not hiking for 2 years, my weight increased from 174 to 179 and then started creeping back down. After a summer of very intense hiking, where my weight bottomed out briefly at 168, I tried overfeeding again at the end of the season and my weight went up to 194.5 (thanks in part to a 2-week blood sugar monitoring vegan stint, which was, in hindsight, lower in calories than I first estimated and sent my appetite into the stratosphere). 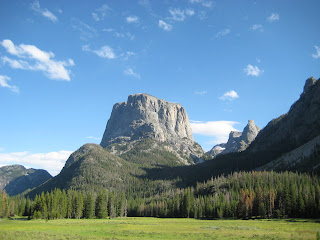