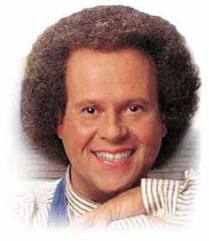 I think this is a pretty glorious concept moving into 2011. That simple concept is that many of us have various forms of?psychological interference?getting in the way of?our bodies’ natural desires and subsequent signals’to move and play.

For me personally, exercise?was something I did as a child purely for fun, as exercise is meant to be performed. When your body wants to move, it doesn’t require any kind of motivation or thoughts about it for it to actually go out and do’so in a healthful and sustainable way. It’s automatic.

And then competitive athletics ended, and for a while I seemed to go even more overboard with this disordered concept. I became an amazing mogul skier that continued to use exercise as a means of upholding my status as a human being. I never really liked skiing all that much except whenI was a kid. What I got off on?post-collegiate athletics was the feeling of absolutely crushing a mogul field underneath a chairlift full of people. People would actually hoot and holler. One time someone came up to me and told me he didn’t?realize someone could even become so good?at skiing. I got to the point where I wouldn’t even ski down a run that wasn’t under the chairlift.I repeatedly injured my back time and time again and would ski so much my shins would be?covered with bruises from the relentless pounding. Disordered I tellz ya.

In the course of my exercise history I somehow turned fun, playful ways of using my body into something that I measured?my worth as a human being against. This morphed into the self-punishing habit of seeing how far I could walk, how many mountains I could climb, and how many days I could survive out in the?wilderness without?resupply. I did it all to somehow prove to myself that I was worthy, capable, strong, tough, and somehow more awesomer than everyone else. And my health suffered dearly for it. Disordered I tellz ya.

This of course is just one way in which a person can?become detached from the body’s natural signals for both?rest and physical movement, but it is very common. In fact, I just lost a good friend the other day to my?willingness to share with?him the ways in which I thought?his inability to stop running marathons despite every possible signal from?his body suggesting it was doing great harm (a continuous 3-week fever and a full cold sore breakout covering mouth, ears, and nose after the last one) was a bizarre act of self-punishment/hatred/mutilation. Caring about someone?else’s well-being and having the?cajones to say what you are fairly certain they need to hear isn’t always well-received. I guess, like Morrissey,I am hated for loving. Okay I’m just pouting at this point… moving along…

Other common ways that?various forms of emotional baggage cloud the body’s natural desires to move in a pleasureful?manner are using exercise as?a form of “work” to “burn calories” in an attempt to “lose weight.”? Nothing?can make exercise more horrendous’than that. And, similar to how I used exercise to exalt myself in comparison to others, many bash exercise to exalt themselves over?people that are more athletic than they are. I have no doubt’that many drowned out their body’s cries for movement way back in their teenage years when they decided that being smart, or artistic, or a musician, or an actor was a superior form of being over those?vain, knuckleheaded jocks and cheerleaders.

Anyway, I’discuss all those and more in this audio recording entitled “Exercise Rehab.”? Maybe it will help you in?your own journey to?figure out?where the shift?in the’tracks occurred that gave you a negative association with exercise, or turned exercise into something you became fanatical about in your quest to uphold the phrase, “pain is weakness leaving the body.”? Ha ha. No, it’s health leaving the body.

After all, exercise is a healthy thing for joint mobility, flexibility, maintaining muscle mass, strength,?and functionality as you age, living longer, living better, and being generally positive and enthusiastic about life… But if, and only if, it is done in congruence with your body’s signals and limitations du jour.?Emotional baggage surrounding the issue that keeps?you from doing it when you?need to, and/or stopping when you need to, must be left behind.

Find out how to RAISE YOUR METABOLISM!!!