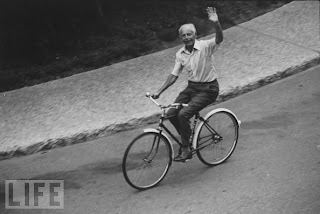 ?Stress is not a specific reaction.? The stress response is, by definition, not specific, since it can be produced by virtually any agent.?
-Hans Selye?

Long overdue, I finally got my hands on some Hans Selye, recently picking my way through The Stress of Life. I had always heard interesting and positive things said about Selye over the years, and became particularly interested in him after repeatedly being exposed to PUFA-basher Joe Blair’s screen name: HansSelyeWasCorrect.

In a general sense, Hans Selye was correct, and his work has tied up a bunch of loose ends and re-affirmed the direction I’ve been heading in over the past year.

That direction is one in which the stress response of the human body, in which cortisol is the primary star player that I tend to focus on, is the primary instigator of the general degeneration process ? from impaired glucose metabolism to low body temperature to poor immune system to a rise in weight set point to you name it.

When I first began my health exploration, it seemed pretty clear that diet was far and away the most pivotal element in the development of all these modern diseases, as human races all over the globe had tremendous physical fortitude and disease resistance as catalogued by the likes of Weston A. Price, Denis Burkitt, Hugh Trowell, Robert McCarrison, and others. And a change in diet from unrefined, nutritious, primitive, unprocessed foods to the white stuff and vegetable oil brought about massive degeneration. No one was spared, and all races of human beings worldwide have since received tattered and torn genetic hand-me-downs. We don’t even have 32 straight teeth anymore. Degenerates I tellz ya!

And this still holds true in my belief system. When citizens of the globe get half of their calories from refined sugar and starch and an ever-greater amount from oxidized, PUFA-rich seed oils, it’s hard to blame their maladies on ?high stress levels? without first addressing what is a known and thoroughly-proven root cause of the entire unraveling of good health.

Still, I’ve been fascinated to study how germs can cause type 2 diabetes, cancer, heart disease, and autoimmune disease? How dieting can cause infertility? How death of a parent can cause a model to gain 60 pounds in a year? How carbohydrate restriction can cause a dude’s balls to shrivel up to the size of raisins or a woman to suffer from severe panic attacks? How a vegan diet can rot your kids? teeth out even if you are breastfeeding them? How undersleeping can cause diabetes? Or how running marathons can trigger autoimmune disease or stop a woman from menstruating.

In fact, because so many people are engaged in doing some of these things, many cases in the name of health, it has become my primary focus to tell everyone how stupid they are (which comes natural to me anyways ? I got pretty poor grades all throughout grade school and junior high and was repeatedly called a dumbass, quietly, as I hit puberty way before anyone else and was the biggest, strongest, and most physically dominant guy up until high school when my dwarf friends all outgrew me by a foot. So, what was I talking about? Oh yeah, I like to call other people dumb now). These are often much MORE harmful than eating a crappy diet built around nutritionally-devoid foods, especially when we are all in a weakened state due to our bum genetics and pansy, fragile endocrine systems.

But what Selye offers is simply a unification of ALL those things under one umbrella. His career and research all funneled into the idea that the human being, and all mammals, have a generalized stress response ? or General Adaptation Syndrome (GAS). And any stressor, whether it’s nutrient deficiency, omega 6 overload (more significance on this to come), gluten allergy, a toxic substance in the environment, too much exercise, sleep deprivation, drug use, endurance exercise, psychological distress from a traumatic event, injury, infectious illness, dietary restriction, cold, negative body image, pregnancy, not following your dreams in life, or being in an abusive relationship makes little difference in the overall outcome.

Stress = Stress, and it comes in all shapes, sizes, and in 32 fruity flavors.

What’s poetic about all of this is that, while this response to stress is reliable, general, and alike for us all, the triggers of those stresses and how they translate into physical symptoms of illness couldn’t possibly be more unique or individual. In other words, both commonality and individuality are in a sense fused together. 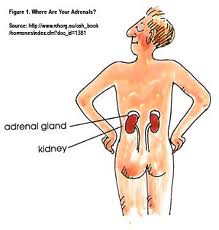 Selye originally noticed this when he introduced a very wide variety of stressors, from toxic chemicals to psychological stress upon lab animals. After autopsy, all of them showed similar pathology. The adrenals were enlarged, inflamed, and congested, and other endocrine patterns were seen that go along with the increase in adrenal activity.

This was exactly what Robert McCarrison observed as well in his laboratory in India. Only McCarrison was producing dietary deficiencies ranging from the exclusion of various B-vitamins to supplying diets with inadequate protein. Yet, the pathological changes were always the same, and were witnessed in everything from pigeons to guinea pigs to monkeys. Swollen adrenals, atrophied thyroid gland, atrophied sex glands, deranged digestive tracts with paper thin digestive walls (Leaky Gut anyone?). Note, he used primarily refined carbohydrates, the staple foods of nearly every current human civilization, to induce these deficiencies.

Highly-recommended for-the-public-audience author Jon Gabriel’s emphasis on the psychological focus that must be incorporated when helping someone overcome obesity or impaired glucose metabolism has helped my comprehensive viewpoint expand even more. It’s no coincidence that two people with long-term weight problems contacted me recently with virtually the same story. They were never fat, and then a close parent died in their teenage years and the pounds flew onto them and never left.

Likewise, I talked to a girl in the area I’m in right now who’s looking to help get military wives back into shape. Seems when the husband goes off to war they start packing on some extra “rations.”

Anyway, that’s a rough introduction to Selye. We’ll be talking about some more specifics in the weeks ahead, which will be great to relieve us of some of our food Nazism as we approach the time of year when relaxed and guiltless indulgence should be our frame of mind? for health’s sake.

If you haven’t done so already, take a moment to review the description of Henry Bieler’s ?Adrenal Type? in DIET RECOVERY. It is no coincidence that Bieler found those with the strongest and most resilient adrenal glands to be the ones who, in the face of stress, sickness, or whatever challenges they faced, could resist just about anything (like the healthy ?primitives? discovered by Price). That is the ultimate ideal, and something that we’ll go over from Selye’s work pointing in a similar direction in the upcoming posts.