Email
I came across this term recently and almost fell out of my chair laughing. I think I was in a chair when I read it. Maybe I was laying down. Anyway, when I read the word it struck me. It sums up so many different phases that I’ve been through and countless delusions of low-carbers, vegans, and all kinds of health fanatics on the internet and in the real world. When I saw the word and its meaning set in, it was as if, in the words of Will Ferrell’s character ?Brennan? in the movie Step Brothers, ?a lightning bolt hit the tip of my penis.
You see the term ?hypochondriac? floating around all over the place. There is even a new term referred to as ?cyberchondria,? defined at Wikipedia as ?a colloquial term for hypochondria in individuals who have researched medical conditions on the Internet. This is a pretty classic new word to add the vocabulary as well.
But hyperchondria? Now that’s a good one.

I shouldn’t really have to say much about hyperchondria. If you’ve spent enough time here you should see the hilarity in the term right away. It should tickle something deep within and make you bubble over with laughter. 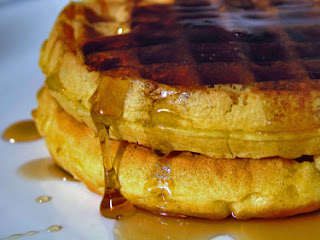 One common version of hyperchondria is that suffered by those who have lost weight. I spent an evening drinking beer on the beach (and practicing our crane kicks) followed by a morning of slaying waffles (made with fresh-ground wheat berries ? absurdly delicious) with long-time 180-follower Brock Cusick just the other day and we discussed this. Brock, like myself and countless others, lost some fat and built some muscle on a carbohydrate-restricted diet. It was awesome and we thought we had found the Holy Grail of all things health.

But when the initial honeymoon period faded and we were left with countless health problems (constipation, constant coldness, and more for Brock, indigestion, mood disorders, foul body odor, chest pains, toothaches, and more for me), we still clung to the beliefs that we established about the low-carb way of things and convinced ourselves that we were healthier than we really were. If being a hypochondriac is worrying constantly that you are ill when you are not, then we were definitely displaying hyperchondria ? ignoring health problems like they were no big deal and continuing to believe that we were living superheroes with possession of the great ‘secret? of health.

I see this kind of thing with the vegetarian faithful quite often as well. I tweeted something about Ray Peat’s lack of love for vegetarian diets the other day and a bunch of vegetarians chimed in to tell me how perfect their health was. I haven’t been to the doctor in 20 years! or something of that nature landed in my little tweety inbox. While I no longer sit down to large slabs of meat every meal, I’ve known plenty of vegetarian hyperchondriacs.

I lived with one as a roommate for a while actually. She was a mostly vegetarian (not 100%) ?private health chef? on a gluten-free, dairy-free diet who was not menstruating, had long, dark hair that had sprouted on her arms (PCOS/hirsutism), had breath like a sick dog, puffy hypothyroid eyes, no sex drive, was an alcoholic, and had a tooth abscess on a bout of the ?Mastur? Cleanse, which she viewed as a sign of just how amazingly cleansing drinking nothing but lemonade is. Oh but she was lean, so like, totally healthy. I mean, who cares if your teeth are falling out and you are infertile? Clearly the niceness of your ?pooper? as my friend Dane called it after seeing hers for the first time, is a better indicator of your health. Last I heard she has started calling herself a ?nutritional consultant.

This is not surprising actually, as the vast majority of those who take up such a profession, or something related to it, are usually far less healthy than your average person ? living in the gray areas of eating disorders their entire lives and notoriously dying young. Anything that can be considered healthy they attribute to their diet and lifestyle practices, magical supplements, morning superfood concoction (WMS – Wolfe-Mercola Sclerosis) or otherwise. Any health problems are attributed to something else ? like a mysterious glandular problem, or bad genetics, or, my personal favorite, recently deceased ?The Bear? blaming his heart disease and cancer on some broccoli he was forced to eat a half century ago.

?? an actual majority of dietitians either have or have had eating disorders. ~Paul Campos

Anyway, all I’m saying is keep your eyes peeled for hyperchondria. Most health fanatics on the internet from all walks are major hyperchondriacs ? typically having a cow over some weight loss while going to great lengths to overlook all the negative consequences they are experiencing from that weight loss (like loss of sex drive, cold hands and feet, constipation, infertility, mood disorders, sudden food allergies, autoimmune disease, eating disorders ? and all kinds of other things that don’t appear in the before and after photos).

What really makes me laugh is how eager and willing EVERYBODY is to give other people health and diet advice. Have you guys noticed this too? Anybody got a good word for it? Hyperomniscience? Hyperconsultitis? 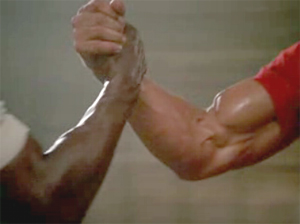 Brock and I both agreed that ?hyperchondria? is about the best term we’ve heard since the phrase ‘tater hater? appeared in the comments for the first time. But our brains were awash with gluten, so maybe we were just having one of those opiate highs. Or maybe the giant explosion that occurred when we shook hands for the first time (right after the’snapshot to the?left?was taken)?damaged his eardrums and he thought I said something else entirely. Who knows?

Anyway, get ready for a fun week. Several posts are headed your way after my absence for the last week (I was moving out of the ?Matt Cave? in Florida and busy with other things, in addition to practicing crane kicks with the Waffle King).