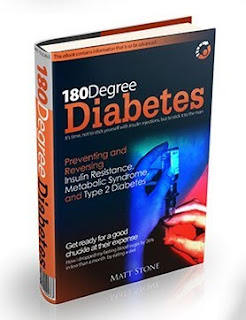 It’s bold and daring because my core recommendation for improving insulin sensitivity flies in the face of every single belief held in all fields of both mainstream and alternative health, medicine, fitness, and nutrition.

1) Eating more saturated fat, and less polyunsaturated fat.
2) Eating more calories.
3) Eating lots of carbohydrates, but trying to eat mostly high-glycemic carbohydrates.
4) Not exercising at all (not for everyday health per se, but as part of a targeted strategy for improving insulin sensitivity in a short amount of time).

And that’s just the beginning.  I also advocate eating meat and lots of cooked food, which flies in the face of what generally prevails as the top method circulating in the health and nutrition field today for improving insulin sensitivity – a raw, vegan diet (which can also work, don’t get me wrong – and I discuss that in the book as well… but that’s not a practical or sustainable diet for many, and it typically comes with long-term consequences).

Anyway, I used this very approach (overfeeding, not raw vegan) myself to improve insulin sensitivity (while actively practicing what I preached, fasting blood glucose dropped from low 90’s to 67 mg/dl, while postprandial dropped from well over 100 mg/dl to 75 mg/dl 1-hour after mixed meals with 100grams of high-glycemic carbohydrate) – which is best monitored by seeing how high your blood sugar rises after meals as well as how quickly it falls back to baseline (fasting) levels.  The result is that I am probably one of the few Westerners that can eat 250 grams of carbohydrates at one sitting without my blood glucose going over 100 mg/dl.

But this is not hocus pocus.  Many people who keep track of their blood sugar have noted drops in postprandial blood sugar readings while following such advice.  This may not be true of type 1’s or some advanced diabetics with beta cell burnout, but it certainly seems true for many – even when they see an initial rise in blood glucose in the first couple of weeks.

Anyway, 180 Groupie Lisa Eriksson has been following RRARF closely and has written about just how shocking it was to see her postprandial blood glucose readings fall from nearly 120 mg/dl all the way down to 95 mg/dl.  How long did it take?  3 whole weeks.
You can read about Lisa’s experience on her blog CLICK HERE

Along the same lines, Ann Marie from http://www.cheeseslave.com/ has just published a 180 guest blog post.  The part about butyric acid was taken a wee bit out of context – as butter was more or less anointed as a cure for diabetes in the title, but hey, butter has it’s part to play in restoring insulin sensitivity too – and it may just be because of the metabolically-stimulating butyric acid that it does.

CLICK HERE to see that, and welcome to all the newbies finding 180 from that post.  Prepare to question everything you think you know about health and nutrition, and be annoyed and confused by my unrelenting open-mindedness about it all!!!