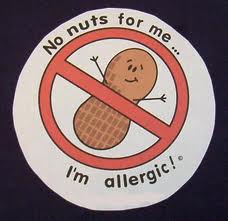 In the last post we talked about the stress response, and how it seems like the modern human body’s reaction to various stressors is overactive. This overactivation, many believe, is linked to the increasing presence of Arachidonic Acid in our bodies. Arachidonic acid is the precursor to what are known as Series 2 Prostaglandins, a class of predominantly pro-inflammatory (although not all) eicosanoids with undeniably close ties to dozens of inflammatory diseases that have risen with breathtaking rapidity over the course of the last century.

But I think few understand just how much of an inflammatory tidal wave we’ve been hit with, and how it’s increasing at exponential speed. Incidence of asthma for example, has increased like 70-something percent in the last 15 years. Anyone who has kids these days knows that food allergies are the norm, not the exception. Kids aren’t even allowed to bring food to share (like cupcakes) to school anymore due to the liability of it containing allergens that another child might react to. Hypersensitive is really the best word to describe the newest generation.

Although the war cannot be solely won on the Arachidonic acid front, I don’t think there’s any question whatsoever that it is, at very least, highly involved in the inflammation phenomenon. The higher the production of Arachidonic-Acid derived inflammatory molecules, generally the greater the incidence and severity of inflammation-related diseases. (I also believe that when the body temperature is sub-normal, which is?extremely common as you can read about in my metabolism series,’the enzymes and molecules involved in immunity do not work properly, and may, in part, give rise to a state of?overcompensation and hypervigilance on behalf of the immune system – leading to allergy and autoimmunity).

When the body confronts some kind of stressor, like an allergen, an infection, injury, the systemic pounding of running a moron-a-thon let’s say, and potentially various forms of psychological stresses as well, the immune system becomes activated and the manufacture and release of Arachidonic Acid-derived molecules gets switched on. The formula appears to be pretty simple. For example, describing Arachidonic Acid-derived leukotrienes, Floyd ?Ski? Chilton, author of Inflammation Nation writes:

?The amount of leukotrienes present at the scene of the white blood cells? attack influences the scale of that attack.

Chilton goes on to describe how the composition of the diet goes on to directly determine this?

??research has proven that a high AA diet has the potential actually to change normal immune responses to abnormal, exaggerated ones. A study carried out in 1997 by Dr. Darshan S. Kelley and colleagues at the Western Human Nutrition Research Center in California showed that people on high-AA diets generated four times as many inflammatory cells after a flu vaccination as people on low-AA diets.

Joe Blair, who I generally speak of highly, has also crafted a theory that Arachidonic Acid excess is really the key in the development of most diseases. We can all be subjected to stressors, but only those with excesses of Arachidonic Acid in their tissues will trigger a reaction strong enough to manifest as one of dozens of inflammatory diseases. Having low levels of arachidonic acid, which Joe Blair has worked hard to achieve in the conquering of his own health problems, evidently can lead to an excess production of quotation marks?

?The key point in all of this is that arachidonic acid is very unstable and toxic, and is released from cells upon the most minor of stressors. Then it can stress the “germs,” which cause “disease” by the “clinging” action, provoking the “inflammatory” process, which is too potent and sustained in people with arachidonic acid in their cells, and then the damage that is called one “disease” or another eventually appears.

Quite simply? Minor stressors cause big, destructive, disease-causing explosions. Is this not exactly what we were getting at in the last post as we examined stress vs. the RESPONSE to stress?

The big question is, what caused the excesses of Arachidonic Acid in our tissues and what can be done to reverse it?

In the last post I mentioned my growing doubt over the belief that by keeping polyunsaturated fat intake exceedingly low, this overzealous stress response could be lowered to a healthy level. Heck, I’ve eaten a very low omega 6 diet for an entire year now, with, if anything, an increasing inflammatory response.

So the timing was good when I came across Ski Chilton and his 2007 book, Inflammation Nation: The First Clinically Proven Eating Plan to End Our Nation’s Secret Epidemic on the shelf of my local library. Of course, when I see the phrase ?clinically proven? I automatically assume someone is peddling something that will yield a seemingly-miraculous health improvement followed by the growth of a 3rd nipple, bloody diarrhea, and an unexpected stroke. But I was willing to give Doc Chilton the benefit of the doubt, as I always strive to do.

Chilton had some insights that would rock the sphincters of the likes of Barry Sears, Ray Peat, and Joe Blair ? who seem to be convinced that the consumption of seed oils is the primary culprit in our increasingly-inflammatory reaction. Chilton has a new twist on this. I’m not saying this is the be-all, end-all, or that there aren’t other important reasons to avoid vegetable oils (free radical damage), but it does re-awaken the omega 6 conversation. Note, linoleic acid, or LA as referred to in the quote, is what I typically am referring to when I say ?omega 6? or ?666? if you will?

?Does this mean that if you want to stop making so much AA, you should stop eating LA? Actually, it doesn’t. A number of recent studies indicate that we convert very little LA into AA. Our bodies aren’t good at the first conversion of LA to GLA. Consequently, eating even a lot of LA (as almost all of us do every day) won’t really have a major influence on AA, or on the number of inflammatory messengers you produce.

We didn’t always know this ? for a very simple reason. Not all species so limit this conversion. Rodents, including mice, are actually very good at it, which means that they convert a great deal of the LA they eat into AA. So what? Many of the studies examining how the body processes different fatty acids were carried out in mice, which means that some of the conclusions scientists drew about the connection between dietary LA and elevated levels of AA in humans were incorrect.

According to Chilton, the problem with AA-overload has a heck of a lot more to do with modern farm animals being fed lots of Linoleic acid in their feed (excluding ruminant animals) than it does humans actually consuming Linoleic acid directly (although that is certainly a contributor, and he has no love for corn and soy oil I assure you).

Also, like Barry Sears, he focuses on insulin being a trigger for the Delta 5 Desaturase enzyme, which triggers greater production of AA out of the LA in our diet and tissues. Of course, this water becomes increasingly murky (insulin resistance is most likely the cause of?chronic excessive insulin production,?and postprandial spikes?are meaningless), as he goes on to recommend a rather high-protein diet just like Sears under the belief that carbohydrates raise insulin more than protein, which is typically not true unless you are talking about refined carbohydrates. Still, he’s all about complete avoidance of refined carbohydrates while eating a diet centered more around unrefined starches, fruit, and vegetables along with fatty fish and shellfish, beef, and dairy products (which are closer to being inflammation neutral). This is not too far off from my what I would consider to be good, general advice.

To this he has a fatty acid supplement protocol that is designed to decrease AA production based on some studies that he co-authored and found to be effective, such as the poetically-named?

In short, he recommends a high daily level of GLA (borage or evening primrose oil) split into 2 doses of roughly 250mg each, with the use of 1 normal 180mg fish oil capsule (which you can avoid if you eat fatty fish several times per week according to Chilton) taken twice daily along with the borage/primrose. This is very similar to Barry Sears’s pioneering work except that Chilton has focused entirely on the suppression of AA production, which ended up requiring much more GLA than Sears ever recommended along with far LESS fish oil ? a recommendation I’m more at ease with.

The AA and inflammation debate is far from over, but is just heating up. I thought it necessary to share another point of view with you.Brian Peskin, another researcher who seems to have entered his own new paradigm on fatty acids due to his own independent research, feels like the war against AA is a huge misunderstanding ? as AA produces some amazing anti-inflammatory, anti-cancer molecules like prostacyclin. I’ll be giving more thought to Chilton’s program (and reading his latest book), as well as reviewing Peskin’s work in the year ahead. The lengths I go to in order to keep myself out of trouble! 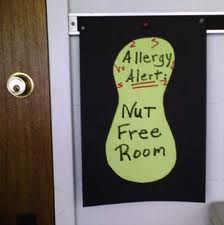 This new persepective could potentially reconcile some of the following things?

1) Nuts, seeds, avocado, sesame oil, olive oil, etc. ? high in linoleic acid, are referred to as ?healthy fats? by mainstream nutrition authorities, as these foods continue to perform well in reducing the rates of many health problems when subjected to study.

3) Pork fat, perhaps the worst AA offender, is what is used in clinical trials and labeled ‘saturated fat. This drives smart people like Chris Masterjohn up the friggin? wall (UTFW), as pork fat is mostly UNsaturated fat. However, pork fat typically yields a lot poorer results than either unsaturated fats including even vegetable oils, or more saturated fats like beef, coconut, or dairy fats. Perhaps most of the negative findings on saturated fat over the years have been due to Arachidonic acid in pork fat, and has nothing to do with the saturation or lack thereof of the fats involved in the studies. Or it could just be part of the pro-seed oil propaganda of the agriculture and food industry lobbying machine.

4) The unhealthiest part of the United States is, and has been for decades, the American South ? with typically higher rates of asthma, obesity, type 2 diabetes, obesity, and heart disease. A lot more pork is eaten in the American South than anywhere else in the country. African Americans in the area, who have tremendously poor health compared to national and global averages, also have ‘soul foods? such as pork chitterlings which happened to be the top ranking food item on Chilton’s Inflammatory Index. Variety meats, ribs, barbecue pork, and fried chicken are also known staples to the point of being used as a common stereotype of Southern African American cuisine. These foods, along with just a few others, are the ones assigned the highest inflammatory index ranking of 100 or above on Chilton’s list.

5) Perhaps this is why many report health improvements on vegan diets ? particularly low-fat vegan diets, and during fasts, which limit all forms of dietary arachidonic acid (it’s the nutritionally-incomplete diet itself that most likely causes health problems when continued long-term). Sadly, these initial and sometimes dramatic health improvements are very seductive, and because of the moralist fervor and health propaganda’that surrounds vegetarianism, many stay on this diet long after its therapeutic benefits have fizzled and morphed into a major health liability.