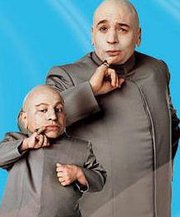 From the beginning I have been interested in the role that our inheritance plays in our health tendencies. It is obvious that inheritance plays a massive role – and this has been repeatedly validated by scientific study.

It is also obvious that eating the same foods and being exposed to the same general environment, beliefs, and lifestyle create consistent health tendencies as well. This always leads to the infamous nature vs. nurture debate. How much is physically inherited and how much is attributable to growing up in the same environment and living a similar lifestyle with’similar dietary patterns and similar forms of intellectual stimulation?

It is unknowable and highly individual of course. But I have found it interesting that in RBTI, those who have eaten similar diets for many years?- such as married couples, usually have strikingly similar chemistry. Likewise, children?of those parents often have very similar chemistry as well.

My first real life example of this came when visiting with a man who had some respiratory problems.?Challen told?him after looking at his body chemistry, that he had emphysema and that he may have something more serious developing. The man later?informed us that his father had died of lung cancer and that both he and?his father seemed to share similar health’tendencies.

A?far?more interesting example came?just a couple of nights ago here in Boulder. Pippa and I tested eight people including a husband and wife that had strikingly similar chemistry. The following day we tested the?daughter who had almost identical chemistry to her parents, her father in particular who she has always been told she looks like the most.

I bring up this example just to show, if anything, that body chemistry is not random and meaningless. These patterns mean something, and by changing these patterns, one can almost assuredly change the direction their health is headed in – no matter how many years or even generations a person has spent entrenched in one imbalanced pattern.

Here are 10 sets of actual “numbers.”??See if you can’select the family of three I talked about above, identifying the mother, father, and daughter. Post your guesses in the comments. I will eventually get in there and post the correct answers.?If you’take a few moments to think about it you’ll easily come up with the right answers.