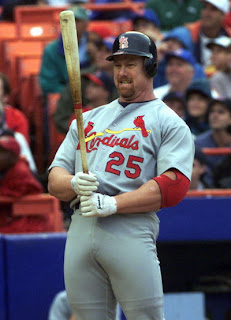 We’ve been talking about women’s hormones a lot lately, but there are certainly many parallels between progesterone (the primary female hormone to try to maximize) and testosterone in men. In men, when the metabolism is low, testosterone levels fall.

This all makes perfect sense of course. With a low metabolism you have low energy for exercise, trouble building muscle or maintaining lean muscle mass, less speed, strength, and athletic performance, and typically less energy to divert to sexual desire. This all parallels with testosterone levels, which rise and fall with your overall metabolic rate.

To raise testosterone levels, it requires a pro-thyroid and anti-stress hormone diet and lifestyle. Lots of food with an emphasis on carbohydrates, anabolic-type exercise (sprints, weightlifting), lots of sleep, avoidance of catabolic exercise (endurance, ?cardio?), and so forth are all important factors. Of course, any chronic psychosocial trauma or distress, chronic infection, or countless other stressors can blunt testosterone production, but the basics can usually get you at least some results.

To exemplify how this all works with a real person in the real world, we will make fun of Martin, the Belgian Jackhammer we’ll call him (explained later). Martin and I are always in close contact as we have virtually identical responses to various weird diets down to very exact and peculiar physiological responses ? like dribbling piss all over ourselves if we eat too much saturated fat in one sitting, or developing chest pain after an extended period of time on a low-carb diet.

Martin spent a year or so on a zero carb diet. Without carbohydrates, the body has an extremely hard time converting thyroid hormones into the active thyroid hormone T3 (not referencing a Schwarzeneggar film here). Metabolism plummets, especially after the initial honeymoon period when the adrenals are still temporarily strong enough to prop up the metabolic rate, and testosterone falls with it.

Of course, in the Zero Carb religion of Skeletor (Charles Washington), carbohydrates are the devil that make you fat, make you a wimp that would have been conquered by a more carnivorous tribe back in the day, raise your triglycerides, raise your ?bad cholesterol? (LDL), lower your ?good cholesterol? (HDL), raise your uric acid levels, raise your blood sugar, and predispose you to heart disease in every way imaginable if you even live long enough to see your blood test results after ingesting carbotoxin.

Well, with real people in the real world eating carbohydrates as part of an overall comprehensive health program designed to get to the root of why people are metabolizing food incorrectly, that’s simply not what happens.

Martin made the transition from Zero Carb to a 180-style way of life starting a little over a year ago. It was not an easy transition. The kid’s wiener was covered with yeast with a severe candida bloom, and he had some other transitional issues as well, like gluten intolerance (I know I know, a Belgian that can’t eat waffles. It’s totally f?ed up). But he powered through it.

The result was an increase in muscle mass and decrease in body fat, disappearance of candida, and some other positives including enhanced glucose clearance ? all signs of improved insulin sensitivity, and a few other improvements such as an increase in sex drive.

Normally any fool could see clearly that testosterone levels had risen with this new strategy. But we don’t have to speculate in Martin’s case. Martin’s total testosterone level a year ago was 325. Now it is 715, a 120% INCREASE IN ONLY ONE YEAR. Not all cases will be this simple, but many will be. Eat the food (ETF), raise your testosterone.

As you can see from what he wrote to me, his orthorexic health fanaticism has really gone wild! He has no fun at all and stays at home eating nothing but the healthiest gluten-free foods he can find to obtain those impressive results?

?I’ve just had the results of a blood test I had done two weeks ago, and I think you might be interested in the results. I usually eat a lot of pasta, bread and potatoes, 200g of lean meat and olive oil and coconut oil as main fats (around 20-25% fat as calories). Oh and keep in mind that I had drunk like crazy two 2 days before with my cousin and we literally stuffed ourselves on lasagna (I ate half a loaf of bread and 800g lasagna) with crisps and of course tons of beer lol. I was even afraid to still be drunk 48hours later. And of course the mandatory kebab at 6am, no party is a true success without it :-D !

After this heavy carb and alcohol binge came Martin’s blood tests. His triglycerides were at an extremely high and dangerous level just like the low-carb prophecy?

His cholesterol numbers are even more horrifying!!! His total cholesterol dropped from 220 to 148 and his HDL actually rose during that 72 point drop.

For your interest, here is his exact testosterone panel?

Now this may come as a real shocker, but believe it or not his uric acid levels were too high eating an all-meat diet!!! I know it’s crazy. Strangely, researchers report that the grass becomes wet in Belgium when it rains and that the sun sets in the West. Peculiar indeed. Anyway, you can see he’s well onto developing gout now!

Back when I was under the influence of low-carbism, my friend Scott had a history of gout, and had a mild heart attack at around the age of 60. I told him basically that all the healthy food in the world wasn’t going to save him, and that he must ‘take action to bring his insulin under control. He cut his carbs and developed a severe gout reoccurrence within weeks. Way to go coach Matt! Fortunately I’m not as dumb as I used to be.

Anyway, back to the Belgian Jackhammer?

All these carbs have made him a raging diabetic too.

Another good paradox is that his iron levels are high on a diet very high in phytic acid, as one of his top sources of calories is whole wheat pasta.It is not ?good? to have high iron levels by any stretch, but eating a lot of phytic acid hasn’t made his teeth fall out or left him with iron deficiency anemia by any stretch. The phytic acid content of foods can probably be filed deep into a large pile of alternative nutrition soapbox minutiae. Phytic acid may even have benefits that outweigh the drawbacks, such as anti-cancer and anti-diabetic properties. Most people’s time and energy is probably not well-spent doing a lot of soaking and fermenting at home to remove phytic acid.

It’s also of interest that Martin’s blood clotting factors ? fibrinogen and thrombocytes are low. This is obviously a great protector against heart attack (coronary thrombosis) and probably hints at low inflammation levels in general (thromboxanes for example are Arachidonic acid-derived, and getting levels on the low-side is one of the reasons for eating a low-PUFA diet).

This is of course just one example and one person, and a young male at that. It’s not like every person can expect these results. But I had to put it up because it is the perfect embodiment of the broader objectives at 180DegreeHealth. Relax, stop obsessing over the perfect diet, never restrict carbohydrates or calories or anything to any severe degree, live your life and have fun ? and get great results all across the board from physique enhancement to fewer food intolerances to improved blood tests indicative of raised thyroid output (such as dramatic LDL lowering with dramatic testosterone increase).

The only downer is the complaints coming from Martin’s girlfriend. She has noticed a dramatic increase in pain, inflammation, and soreness in the midsection and is walking funny. Testosterone hurts. The Belgian Jackhammer strikes again!!!

(Sorry, but I have to keep Martin entertained. We’ve exchanged enough emails about our junk that I feel obligated to give him a high testosterone nickname, or dickname as it were).

More coming up soon on building muscle, how I built 15 or so pounds of lean muscle in 3 months when I’ve never been able to get results like that ever before in my life, and how an increase in testosterone factors in to all of it.

If you are a male suffering from low testorone levels, following the simple dietary and lifestyle guildelines lined out in Diet Recovery about how to RAISE YOUR METABOLISM?will very likely get you somewhere between a little and a lot of improvement.