The End of Overeating by David Kessler 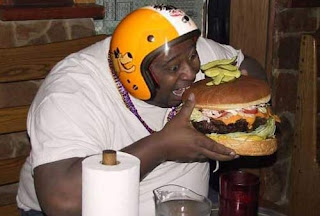 I’m spoiled. By spoiled I mean that my greatest luxury is that I can wake up in the morning and write about whatever the heck I want to write about. Having to write about Ray Peat all month? Well, drudgery has set in. I wanna talk about something that is interesting to me now ? like, today, and Ray Peat’s stances on starch and how it has caused the rise in obesity (is this a joke Ray?) or estrogen just won’t do. Screw Ray May. We?re going to play and feel the day, okay?

A lot of people have contacted me over the past few months wondering how I feel about Stephan Guyenet’s recent focus on food palatability in governing weight. When I get these emails, I do get a little annoyed. I get annoyed because I’ve been writing about the role of palatability in weight set point for two years now, and thinking about it for four years ? since I encountered the work of Seth Roberts. I even gave it my own name and flippin’ sweet acronym?- the “Pleasure Center Activation Theory?(PCAT).”?This is nothing new. There is a vast amount of research and common sense pointing in that direction. And so, I address this, for about the 6th time ? drawing upon a book dedicated entirely to the subject ? The End of Overeating by David Kessler.

For starters, when you mention the word ?palatable,? many get the wrong idea. I know in some back and forth earlier this year with Aaron F. and others, that the idea of good food being the culprit of obesity didn’t sit well. And it shouldn’t. By palatable, scientists mean the ability of a food to stimulate the reward centers in the brain, more or less. And while I would never opt for a Cool Ranch Dorito over seared foie gras slung over brioche, there’s no question, in terms of the scientific definition of palatability, that the magic, chemically-enhanced, MSG-laden flavor dust on a perfectly-crunchy Dorito measures much higher on the palatability Richter scale. I had a Tabasco Cheez-it recently to remind myself of how potent modern food-like things are. And I gotta tell ya, that stuff is mesmerizing. Food like that gets ever more drug-like every time I taste it.

?To understand how eating promotes more eating ? and why homeostasis is under sustained assault ? we must first understand the concept of ?palatability? as the term is used scientifically. In everyday language, we call food palatable if it has an agreeable taste. But when scientists say a food is palatable, they are referring primarily to its capacity to stimulate the appetite and prompt us to eat more. Palatability does involve taste, of course, but, crucially, it also involves the motivation to pursue that taste. It is the reason we want more. Palatability is largely based on how food engages the full range of our senses. Usually, the most palatable foods contain some combination of sugar, fat, and salt. The sensory properties of palatable foods ? the cold, creamy pleasure of a milkshake, the aroma of chocolate cake, the texture of crispy chicken wings sweetened with a honey-mustard dipping sauce ? all stimulate the appetite. And it’s that stimulation, or the anticipation of that stimulation, rather than genuine hunger, that makes us put food into our moths long after our caloric needs are satisfied.

With this broader definition you have a whole host of sensory stimuli that play a part in weight regulation. Food packaging, lighting, social setting, ambience, food color, music, aroma, crunch, texture contrast, moisture content, chewing time, fiber content ? these all play a role in the sensory environment of the food experience. And these things are understood by the people who sell food successfully. The first person to conceptualize of pink lemonade or the infamous blue raspberry knew a thing or two about human senses. Heck, you can even taste test the same thing in two different types of packaging to find out which package ‘tastes better. This kind of research is being done to make food as hyperpalatable as possible. 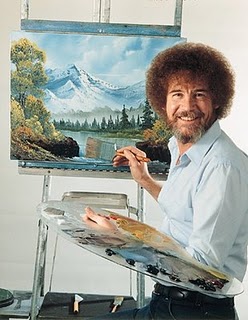 What I like about what could be called the ?addiction model of obesity,? is that addiction, unlike the insulin or leptin system of the body (or recently discussed TXNIP), is not a negative feeback loop. It’s an escalation process, where you must go ever higher to achieve the same level of gratification. We know for sure that weight regulation occurs in the brain ? to think that something as dominant in the brain as the relentless hunt for pleasure stimulation doesn’t play a role, or couldn’t trump the metabolic signals of leptin or TXNIP, would be foolish. It’s certainly part of the picture. How much of the picture, and whether or not Bob Ross painted it, is a question that has not been answered ? and is probably highly individual.

?Eating foods high in sugar, fat, and salt makes us eat more foods high in sugar, fat, and salt. We see this clearly in both animal and human research. Barry Levin, a physician and professor at the New Jersey Medical School, demonstrated this principle with rats. He bred one strain to overfeed when a high-calorie diet was available, producing an obesity-prone rat. The other strain did not ordinarily overfeed ? an obesity-resistant rat. After a period of eating extra calories, the obesity-resistant rats typically cut back their food consumption much faster than obesity-prone rats. But when both groups of rats were offered a rich, creamy liquid high in sugar and fat, those patterns changed. All the animals ate without restraint. Levin said that when they are given such a palatable combination, ‘they will just gorge themselves. Increasing only the fat content of a resistant rat’s diet won’t make the animal overeat or become obese. But feed it a high-fat, high-sugar diet, and it will grow just as fat as an obesity-prone rat on a high-calorie diet.

This is an important concept to take note of. Sugar is not fattening. I lose weight rapidly eating 800 grams of sugar per day. Fat is not fattening. I remained very lean gobbling up 300 grams of fat per day for several years on a diet with about 100-150 grams of carbohydrates per day. There is no one substance that is fattening and is the culprit of all obesity. Sure, vegetable oils are a prime suspect in terms of playing a role, potentially a major one in a discussion of root causes ? as they have far-reaching pro-inflammatory and anti-metabolic properties that are capable of short-circuiting the weight regulation mechanism of the human body over lifetimes and generations.

But we should instead look at foods as a whole. In general, we could say eating in restaurants is fattening. Brownies are fattening. Ice cream is fattening. Potato chips and French fries are fattening. If I eat lots of these foods I gain fat at a pretty rapid rate, at least for a few weeks. Recently I got all gung ho on Peat and began eating ice cream to appetite. But lo and behold, just like many who have a tendency towards weight gain have reported to me about Peat’s high fat/high sugar combo, I gained fat very quickly with ice cream in my diet, needing roughly 4,500-5,000 calories to satisfy my appetite instead of the normal 3,500-ish. Substituting more fruit and juice and starch for the high fat content in the ice cream strips the fat off quickly, and lowers my appetite tremendously.

But even with these generalizations, much complexity remains. Monotony trumps all, removing the pleasure away from what would otherwise stimulate the pleasure circuitry. Eat nothing but ice cream or French fries and your appetite will likely plummet and you will lose weight.

On the program I devised on how to raise your metabolism, nearly everyone has noted a huge drop in cravings for sugary foods and other high pleasure items. Why is that? Also, pigging out on ice cream which I have done on two occasions this year, left me totally sick of ice cream and craving cardboard by the end of a week.

Similarly, the 5-year old girl that I recently watched overcome nightmares and bed wetting by eating ice cream and whatever else she wanted totally unrestrained, started out eating two ice cream cones in one sitting, then moved to one, then asked for ice cream and had two licks before throwing it away, and now doesn’t even ask for it with dinner anymore. Ice cream lost its excitement. It didn’t become more appealing and suddenly catapult the kid into obesity.

And what about all the intuitive eating preachers like Geneen Roth and Jon Gabriel who have had great success telling people to eat whatever the hell they want, only to find that giving themselves permission to eat anything and everything they wanted ended up making them lose weight ? as removing the stigma of forbidden foods and the emotions like guilt and reward around eating just made people crave healthier foods and lose their appetite?

My suspicion is that the one key factor left out of the whole equation is addiction proneness. I do think addiction proneness can be diminished if not eliminated entirely by increasing the metabolic rate, lowering stress hormones, and removing all of the psychological baggage surrounding food ? certainly getting away from the concept of food as a treat, reward, or a form of entertainment.

Anyway, it’s all very fascinating, and a big part of the big picture ? as big or bigger than Bob Ross’s happy little trees. To hear former head of the FDA, David Kessler, talking about his conclusions, scroll down to watch a tv interview with him…

Here are some other interesting Kessler quotes to make ya go hmmm?.

?Animals, humans included, seem to have a built-in preference for features larger than those that occur naturally. Ethologists, scientists who study animal behavior, have tried to understand the attraction of the ‘super-normal stimuli. Consider the oystercatcher, a shorebird with black-and-white plumage, a red bill, and brightly colored legs. Back in the 1950’s, Dutch ethologist Nikolaas Tinbergen conducted now-classic studies of the bird’s incubation behavior and discovered something astonishing: When presented with a choice between brooding its own small egg and the giant egg of a much larger bird, the oystercatcher invariably chose to sit on the giant one.


?Just as a compulsive gambler can’t place a single bet and feel satisfied, many people can’t stop after a few bites of hyperpalatable food. We have become conditioned to seek more reward. The barricades to repetitive behavior have been toppled. We keep looking for the next big wow.