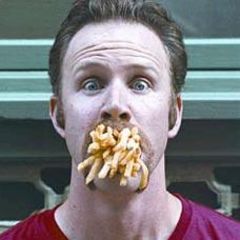 I had to laugh as the Mayor of Hair Danny Roddy contacted me, wondering if I had heard what was being said about me at this year’s Weston A. Price Foundation conference this past weekend. I had not, but I followed his lead and snooped around on Twitter where there was a tidbit about Stephan Guyenet being asked about overfeeding reducing insulin resistance.

?Ah, you’ve been reading Matt Stone,? he said, or something along those lines. ?Overfeeding does NOT decrease insulin resistance. I don’t know where he got that idea from.

Well, I figured this was a good opportunity to share exactly where I got that idea from, and why I believe it to be so as it is defined here.

First of all, ?overfeeding? is a misnomer and I should probably stop using it. ?Overfeeding, in the medical literature, means giving someone a closely-monitored increase in calories above their normal, weight-maintenance requirement. When people embark upon RRARF, my program that you can learn how to RAISE YOUR METABOLISM, calories are not monitored. Rather, one is asked to eat at least to the satisfaction of the natural appetite and perhaps a little BEYOND appetite. I don’t say to force feed, but explicitly say to ?eat as much as you can ENJOY.

For many, this may equate to overfeeding. For others, maybe not. When eating an exclusively whole foods diet, particularly when switching out fibrous starchy foods for refined sugar and eating foods with no flavor enhancers, calorie consumption often spontaneously decreases. Although I would say that cases in which people lose weight doing RRARF is an indicator that calorie consumption decreased, I’ve also found this to be untrue ? as one person in particular reported increasing calorie intake from 1,000 per day to 2,200-2,500 per day and losing 14 pounds in 2 months time. It is unpredictable, and since all the factors relevant to weight loss, calorie consumption, insulin sensitivity, and so on are not measured ? no real verifiable conclusions can be made.

But I’m not Walter Willett, and I cannot have whatever I could possibly dream up to do a study on actually be sponsored and take place. I must resort to monitoring what actually happens to people when they follow this advice.

So is RRARF overfeeding? Who cares. It’s the unrealistic fiber-free fructose and corn oil-laden studies on overfeeding (a good way to develop hepatic insulin?resistance like Morgan Spurlock did)’that are irrelevant, not the real-life experiences and health impacts that people have who are trying the recommendations I’ve laid out in RRARF based on my own research, theories, experimentation, and personal observation. 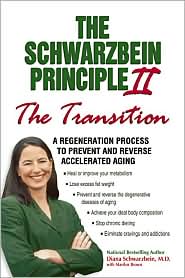 Anyway, let’s back up a moment. I first got the idea that eating MORE food could reconcile insulin resistance while reading Schwarzbein’s books. In those books, it’s not necessarily insulin being spiked by high-calorie loads, fat interfering with glucose uptake, or carbohydrates that cause resistance to insulin. In fact, Schwarzbein goes on and on about how cortisol, elevated by things such as undereating, undersleeping, or overexercising (all things addressed as part of RRARF), can be a player in the development of metabolic syndrome. She states, explicitly for those with insulin resistance and weight problems, that they should be ?eating more food, more often.

Once again, since Schwarzbein is a practicing endocrinologist, she was actually able to see how this advice performs on basic tests such as glucose tolerance, cortisol levels, insulin levels, and so forth. Real experience and real observation with real people living in the real world.

This idea was greatly strengthened when I read Russ Farris and Per Marin’s The Potbelly Syndrome. I consider these two gentlemen to be some of the finest researchers out there. The book of course was about the hormone cortisol and contained the following passage:

This made perfect sense to me as I had been studying the wacky world of obesity research at the time, and overfeeding resulted in a drop in hunger, a rise in metabolism, and difficulty gaining more fat the more fat subjects gained. In other words, overfeeding brought about the triggering of mechanisms that made the body work hard AGAINST fat gain, and induce fat loss. Doesn’t sound like what I know of insulin resistance, which suggests that insulin resistance leads to hunger, reduced metabolism, increased propensity to store fat, and so forth.

Likewise, with underfeeding as in Ancel Keys’s The Biology of Human Starvation, underfeeding made the men ravenously hungry, store fat at an incredible rate ? particularly in the abdominal region indicative of insulin resistance, without building back muscle tissue, and other signs of insulin resistance, not sensitivity. Only after binge eating on pies, pastries, and dairy products up to 7,000 calories per day and gaining a ton of body fat did they rebuild their lost muscle mass and start to spontaneously lose body fat at an amazing rate (while still continuing to gain lean mass) eating to appetite.

In other words, underfeeding made them gain belly fat eating to appetite. Overfeeding made them lose belly fat eating to appetite. It’s not really that wild of a concept, and knowing how well the human body defends against a shift away from its weight set point, it should be no surprise that gaining weight via overfeeding causes the body to become more insulin sensitive, which increases muscle building and heat production, minimizes fat storage even in the face of massive calorie intakes as was witnessed in the famous Ethan Sims overfeeding study, while decreasing appetite.

Anyway, overfeeding lowers cortisol just as underfeeding raises it. The effects of overfeeding and underfeeding mirror one another. Even a book as scientifically straightforward as Lyle McDonald’s Ultimate Diet 2.0 lays out a simple chart of hormonal changes that take place during overfeeding vs. underfeeding. Underfeeding increases cortisol. Overfeeding decreases it.

This is the presumed mechanism, considering that cortisol blocks the action of insulin and leptin for that matter which is even more significant (and probably why underfeeding causes the weight set point to rise), that makes changes in weight a negative feedback system. This was the whole point of Russ Farris and Per Marin’s book, which can be summarized as: ?Hypercortisolism causes insulin resistance, dummy, not carbs or eating too much.

Overall the best sign of improved insulin sensitivity is improved glucose clearance from the blood after eating. I was so captivated by overfeeding’s potential surprise ability to improve insulin resistance, that I tried RRARF while monitoring my blood glucose levels and found my postprandial blood glucose readings to drop by more than 25% after just 30 days. Even two baked potatoes at a 1,000+ calorie feast couldn’t send my blood sugar above 75 mg/dl by the end of it, and I gained abdominal fat in the process, which is even more out of synch with the misinterpretations of the scientific literature held by most researchers.

Of course, many of you that have gone through the rigors of testing your own blood glucose levels witnessed the same thing while eating beyond appetite of whole foods. Martin, Lisa, Sheri and her husband, and Undertow come to mind. Sheri for example, writes:

“My temps are great going from 96.4 up to 97.8 and even 98.0 on some days. During ovulation I was 98.5-98.7. My fasting glucose started in the low 100’s and has only dropped to a consistent 93, better but I still obviously need it lower. Then my 1 hour postprandial glucose reading jumps all over from 199 at first and then on different days 140’s or 150’s. It has been in the 110’s and low 120’s lately and I get excited it’s improving but then will jump up to the 140’s again. I sleep a million times better, have less joint pain from an autoimmune disease and didn’t have cramps during my period for the first time in years. I have gained 5 unwanted pounds but oh well. My husband has increased his temps from 95.9 to between 97.0 – 97.5 depending on the day and also sleeps a million times better. Poor thing really packed it on with a whopping .2 pound gain- not even a half a pound. His fasting glucose has stayed even at around 87. His postprandial glucose readings have gone from the 120’s and 130’s to a typical 103. We have nothing negative to say about our experience so far and are very thankful to you, Matt.” 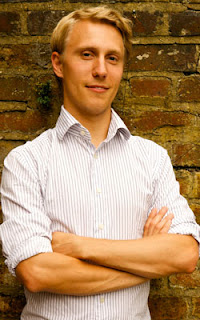 I also just received some harder data from Chris Sandel of www.seven-health.com/

You can and read about him here: http://www.seven-health.com/about-us/

I went through his extensive data, and there is no question that his glucose clearance improved during the 30 some odd days he spent doing RRARF. To get some figures, I went through his data and did some averaging. I compared the readings from the first half of his month on RRARF to the 2nd half of his month on RRARF, and took averages and compared them. Here are the changes:

It’s also of interest that his highest 2-hour postprandial reading, which I view to be the most significant, was typically higher, and sometimes much higher than his 1-hour postprandial test towards the beginning of the experiment. This is an almost sure sign of impaired glucose metabolism, but all in all his numbers are decent for an endurance athlete taking a break (which as I’ve described in the past, from my own experience, as being a tough transition).

By the end he was able to reverse that on most days, but still has a little way to go before it’s perfected.

His highest 2-hour postprandial test was on days #9 and #10 of the experiment, which is probably pretty typical. On both of those days, his 2-hour reading was 135 mg/dl.

So that’s that. Maybe you can’t?pinpoint what I’m talking about in the medical literature. Maybe what I’m saying doesn’t make sense with everything you’ve studied or been led to believe. Maybe you view this as poorly-controlled information (which it is) and thus unscientific and irrelevant.

But this is real and is really happening in the real world to real people, which, at the end of the day, is what really counts. Former extreme tater-hater 180-Katie summed it up best when she wrote to me: