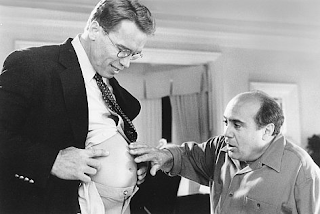 While RRARF (my program for increasing metabolism) is a new program not even two years old yet, I figured it was time to get something out there on the topic of pregnancy and fertility right away. The bottom line is that RRARF can be extremely helpful for not only helping couples achieve fertility, but making sure pregnancy, delivery, and the development of a very strong and healthy kid are all at their best.

We’ve now seen that RRARF can restore missed periods with great consistency, and that these missed periods are often directly attributable to reduced metabolism (and the low progesterone production that accompanies it). Metabolism up, period returns. In most of the cases dealt with thus far, it really is that simple.

?“Speaking of periods, I think mine have been regained by this diet. For about 5 years my periods were sporadic at best and the last year there was no period. Apparently if you don’t have a period for 12 months or more you are considered to be entering menopause. I’m only 38 at the moment so definitely not prepared for menopause. I tried taking hormones previously without any success. My sex hormones were very low where they were supposed to be higher. My growth hormone was virtually non existent. My endocrinologist had no answers for me other than I was getting older.


Within 30 days of starting this diet, I got a normal period without any PMS or pain! Normally I’d be crippled by the pain in my lower back and pelvis. First 3 periods were also normal. Then the next few were getting lighter and shorter and this month it was late. About a week ago I stopped my thyroid meds in preparation for a blood test. Well guess what? One week after stopping the meds my period came back totally normal! So it seems my thyroid dose had become too high. This could all be coincidence of course, but it’s looking pretty good for the RRARF way of life.”

There have been a couple cases of successful pregnancy when there was miserable failure prior. And we’ve got a couple of proud couples (Swede and Brock and their respective women folk) now that went through a preconception period of whole foods overfeeding and have reported to me that their newborns were in the highest percentiles in all of those newborn measurements and indicators, more muscular and lean than a typical baby, happy, laid back, and infection-free in their early months, and with ravenous appetite for ankles as evidenced by their incurable ankle biting. RRARF has done great things for the milk production of pregnant moms as well…

“My breastfed baby, went from pooping once every 4-7 days…to 2-3 times a day.”
-Stephanie

This may all be pretty simple physiology going on here. The thyroid gland appears to be one of, it not the, chief controller of the conversion of cholesterol into steroid hormones. Speed it up and you have a bigger pool of these hormones to dip into.

The most important hormone to increase from a pregnancy standpoint is of course, the mother of all female youth hormones, progesterone ? as in ?pro-gestation hormone. After reading through Ray Peat’s books I understand more completely the role of this hormone, and why RRARF would raise levels substantially by not only increasing thyroid activity but also lowering cortisol production (this is key as, under great stress, food-deprivation, over-exercising, or sleep loss progesterone is converted to cortisol).

Progesterone has many key features such as making your kid’s brain bigger (a large head size to body size ratio, according to Peat, is an important indicator of overall health of the ankle biter), and since nature is sophisticated, progesterone also improves cervical elasticity, making big-headed delivery a lot more comfy ? relatively speaking. High levels of progesterone from metabolic excellence could certainly explain Weston A. Price’s report of the ease of child labor in healthy isolated tribes.

While there is a lot of information out there about making sure you get plenty of nutrients prior to conception such as butter, cod liver oil, liver, eggs, milk, and other foods that Price witnessed being given to couples as part of their ?native wisdom? preconception nutrition program, and that’s all fine and dandy, once again there is WAY too much focus on what people are eating these days and WAY too little focus on how their bodies are functioning ? which is usually pretty poor. In my experience, all the cod liver oil and low-carb Paleo food on the planet is not enough to optimize fertility and excellent pregnancy, which requires pumping up the metabolism to its maximum for optimal nutrient absorption, stress hormone decrease, and progesterone rise ? just to name a few.

Often the advice being given on the nutrition fringes for fertility is simply too low in carbohydrates. The carbohydrate is a very key fertility trigger due to its pro-metabolic and anti-stress (therefore pro-progesterone) properties, one that is more important today than ever as virtually all modern humans are adapted to having a steady supply of carbohydrate throughout each and every day.

The bottom line is pretty simple though. The big worry is not to have carbophobia for fear of gestational diabetes. The big fear is not exposure to mercury or other toxins which, if you live on planet earth, is more or less unavoidable. Where I believe the battle of good fertility and pregnancy to be won and lost is in the function of the body itself. When the body is fed all the things it could ever need in surplus, stress is low and sleep is high, and all is as peachy as can be ? the metabolism picks up to its maximum potential (and a morning temperature nearing 99 degrees F in women after what happens? Ovulation of course which is when the ratio of progesterone to estrogen rises, coinciding with a rise in sex drive and other happy things ? estrogen is powerfully anti-metabolic in both sexes, and progesterone is like Kryptonite to estrogen).

But note, this takes, especially with the pre-conditioning of a society that associates health with anorexic eating behavior, serious chowdown. Women and men alike are way too accustomed, when trying to eat healthy, to eat steamed broccoli, salads, low-fat foods, lean meats,?granola, and various little sprouts and vegetable juice concoctions. No no, I’m talking about eating a Close Encounters-sized pile of mashed potatoes (half butter by weight) with every meal and steaks the size of the Old 96?er that John Candy gobbled up in the movie The Great Outdoors. See Chief for more details, just don’t tell him you need to get pregnant or he might take that the wrong way and show up at your house tomorrow in nothing but his tribal banana hammock.

I also hope to delve into some interesting related material soon, such as the progesterone connection in women’s health issues including, but not limited to, gaining weight after pregnancy and postpartum depression (after depleting reserves of this hormone during pregnancy). Should be real, and it should be fun.

How to maximize your pregnancy by??RAISING YOUR METABOLISM.