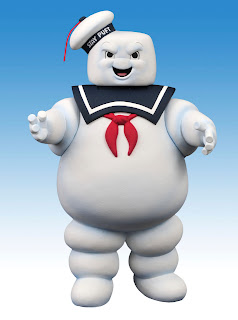 Once upon a time I ate mostly fruit, did a bunch of those ?cleanse? things where I mostly ate nothing but raw fruits and vegetables for five or so days, and otherwise rarely ate meat. I had a little fish or cheese here and there and that was about it. It was during this time that I underwent the most dramatic health improvements I’ve ever undergone ? much of which I attributed to an extended siesta from my 15-year long obsession with exercise and living in the tropics soaking up sun and breathing clean air.

The health improvements were a disappearance of seasonal allergies that never returned, and a dramatic decrease in back pain that had plagued me since high school, going to several doctors only to be handed pain pills and no real solution, or getting a chiropractic adjustment that gave me about two days worth of relief at $70 a ?pop.

But the diet component quickly turned on me. Unbeknownst to me because I really didn’t pay attention to stuff like that back then (what I’d give to return to that!), I lost quite a bit of lean muscle mass. With this came some pronounced blood sugar dysregulation, and wild emotional swings from eating a fruit-heavy diet in this starved, low metabolic state. Plus I added in a bunch of nuts of course. Gotta get those healthy fats that I had been reading so much about at the time!

You can read about how undereating and consuming excessive nuts and seeds can impair glucose metabolism?in how to RAISE YOUR METABOLISM.

But the diet and lifestyle did work some magic. This I can’t deny. My father came to visit me for example and was really shocked at how much my appearance had changed. My skin was perfectly clear. My eyes were shiny. I had no body odor. Bowels were perfect and lost their ?don’t go in there for at least a half hour? quality. My hair looked like something out of a shampoo commercial.

But I soon ditched the diet after being exposed to a lot of the Weston A. Pricey materials and officially beginning my ?health exploration. I gravitated naturally to something that medicated my poor glucose metabolism ? a low to moderate carb diet. Although I stank to high heaven, and lost a little bit of that ?glow,? I gained muscle mass, got lean, had an incredibly stable mood for the first time in years, lost all my sugar cravings, and thought I had stumbled upon the great secret to all things health ? filing my prior experiences into the dustbin.

But when that honeymoon was over as many of my health problems came back with a vengeance with some new bonuses tacked on, I was left scrambling trying to figure out where exactly to go next. At first I discovered that carbs were the medicine I needed after the low-carb stint. Within days of eating more carbohydrates some of my problems were improved or had vanished altogether. With increasing my calorie intake my glucose metabolism became outstanding as my metabolism came up.

My dietary freedoms increased. I could even eat sugary things and not have pimples, crazy mood swings, and wheezing attacks like I had had anytime I ate something like that on a low-carb diet. Some real healing seemed to have occurred, and my digestion. Wow. Up there with Kobayashi. My mood ? as solid as it had ever been.

But still, one thing I lacked was great energy. That and I was still plagued with inflammation despite following a low omega 6 diet for a year solid. I had pain in the joints, my back pain was always up there, and I just didn’t feel as spunky and energetic as I really knew I should.

Anyway, this really came to a head after doing a few months of Scott Abel’s MET training. Yeah, it worked like a charm, but I developed lots of physical pain and would often feel ill and wiped out after a workout. I had a lot of hangover-type mornings and scratchy throats. My nostrils seemed pretty plugged at night. You know, little things like that. From the beginning of the training I tried hard to really carb up, but eating a high carbohydrate diet by most people’s standards didn’t save me.

So I tried a week with upping the protein and bringing the carbs back to a more moderate level, thinking that maybe I wasn’t recovering well due to insufficient protein intake. After all, I was consuming far less than most bodybuilders. Maybe they really knew something that I was missing out on.

Instantly my body odor turned horrendous, I felt extremely aggravated, I lost my appetite, my sleep went to all hell, I became wheezy and hypersensitive, and I experienced all of the negatives I felt on a low-carbohydrate diet. And, by the end of a week, I sustained a back injury doing an exercise that hadn’t bothered me for the several months I had been doing it.

It was this experience combined with digging deeper and deeper into the work of Ray Peat, reading Kilmer McCully’s Homocysteine Revolution, and several other factors that triggered a little light bulb in my head. That light bulb was that there was something about meat in particular, especially the chicken and lean turkey breast I had dove into during my brief high-protein incident, that was causing an inflammatory hyper-adrenal reaction akin to breaking down my own muscle tissue under stress (when I get really nervous or sick I experience many of the same symptoms, including phenomenal body odor).

So that is a little back story for you. Too much probably. Here’s where I’m headed with this?

Certain amino acids such as methionine, cysteine, and tryptophan have an inherent tendency to induce inflammation and are anti-thyroid. Generally speaking these amino acids are much more prevalent in animal-source protein. In the past I did not know the specifics. I just thought an excess of all protein was anti-thyroid as this theme was repeated in many things I’ve read over the years. Here’s from Broda Barnes, probably the keenest observer of how the metabolism was impacted by dietary changes of any medical doctor?


??when the diet was changed so that it was low in fat but high in protein and with enough carbohydrate to prevent diarrhea, symptoms of hypothyroidism appeared. Cholesterol level in the blood became elevated and in order to keep it within normal range, four additional grains of thyroid daily were needed. Apparently, a diet high in protein requires additional thyroid for its metabolism.

Not that I put too much stock in anything written by Bernarr MacFadden (he did have VERY extensive experience with using food and lifestyle modification to rehabilitate people from various health disorders), but clearly you can see this theme repeated in Vitality Supreme?

?It is thought by some authorities that the thyroid gland has to do with the control of the excretion of the waste products from nitrogenous foods, for it has been found that a meat diet or a high-proteid diet is extremely harmful in disorders of this organ. It has been found that dogs fed on meat after the thyroid gland has been removed invariably die in a few days, but that they can be kept alive for a long time if fed on a diet very low in proteids.

Protein has really been championed by the diet industry. A book I read earlier this year by Stuart McRobert and Bradley Cailor catalogs some of the secrets of people who have lost weight and kept it off for more than a couple of years. The theme, other than exercising twice daily, was eating 30 to 60% of dietary calories as protein. Wow, sounds fabulous. I think there are ways to improve upon this formula! Protein is hailed mostly on the following grounds?

-The more protein one eats, the lower the appetite (hypothyroidism?)
-On a very low calorie diet, if you eat lots of protein you will lose less muscle mass (lower metabolic rate?)
-A lot of the calories consumed from protein are wasted during digestion, yielding less usable calories (also assisting you in slowing down metabolic rate).

Anyway, where was I? Oh yeah, these amino acids congregate in animal-source protein. But what’s fascinating about all this is that muscle meat and organ meats are where these amino acids congregate. But muscle and organs only supply half of the protein in an animal. The other half is bound up in cartilage, connective tissues, skin, tendons, bone ? that kinda stuff. And this type of protein contains no methionine, cysteine, or tryptophan at all. Cooked down to a gelatinous state this stuff is called, well, gelatin. What did ya think?

I envision that Ray Peat actually has a swimming pool in his back yard full of gelatin. In the winter it freezes solid and only melts down to a liquid, swimmable state on a warm Oregon day, which pleases Ray because it’s all Mr. Wizard. Reading his works and looking at his artwork (shown left)?you can tell he’s a pretty kinky bastard too. I have no doubt that a lot of Jello was harmed when he was a professor specializing in female hormones and painting nude women. Gelatin-rich marshmallows? You know it took six people to hold him back during the filming of the Stay Puft marshmallow man scene in Ghostbusters. I need glycine-rich gelatin in me! Ray shouted from under the dogpile of peace officers restraining him.

Sorry, my meds are wearing off.

But I certainly thought it interesting when traveling in Hanoi in North Vietnam, and I made jokes about it for years?

That at every restaurant and in every bowl was a bunch of broth with a duck or chicken’s foot sticking out of it. ?Don’t they eat the breast, or wings, or legs? I don’t remember seeing any. I mean, why just the frickin? chickin? feet??

This is a theme in many cultures. The broth and bone and cartilage and all that ?junk? is adored. And it certainly brings me full circle back to my culinary career working at the high echelons of French cuisine, boiling cauldrons full of veal bones and knuckles to make sure that each portion of tender muscle meat could be accompanied by a gelatin-rich sauce.

And so the theory goes, that by gravitating more and more to the tender cuts of meat, turning our noses up at skin, no longer cooking meat on the bone or stewing bony gristle like oxtail (even though it’s flavor is beyond spectacular ? especially when done in the style shown below), we create a huge imbalance between the excitatory and inflammatory amino acids in muscle meat and the inhibitory amino acids concentrated in gelatin, like glycine and proline.

While dairy proteins or beef and such are considered to be more ?balanced,? the greater solution to this problem probably lies beyond just gravitating towards those types of protein sources. We?re just getting into this. Stay tuned for more background info, including the coming nerdfest on Kilmer McCully, methionine, the methylation cycle, and homocysteinuria (all things I know everyone was just dying to read about!!!).

What I’m really saying is, me and Ray are gonna go for a swim in his back yard, and the water’s fine. Come on in! Clothing optional! We’ll roast marshmallows after! Charles de Mar is coming and he’s gonna snort Jello! It’s gonna be insane!