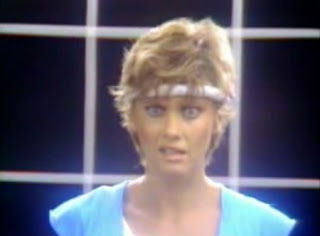 Ray Peat doesn’t seem to be very fond of exercise. This is one area where he has opened up a huge gaping hole in the armor of his interpretation of science, hormones, and so forth. In fact, his brush off of exercise as being something that raises cortisol, growth hormone, and lactic acid and is therefore bad gives me reservations and hesitations about pretty much all of his work. To file exercise into a strict category of ?bad? shows his lack of experience with it, and his strong bias towards intellect and away from physical accomplishment.

But the fact of the matter is, exercise can be a very powerful tool for health enhancement. During aging, the remarkable ability of exercise to restore youthful, anabolic hormones (you know, the ones that combat the catabolic hormones Ray is at war with) and delay the loss of functionality and mobility is unparalleled. Exercise gives the body powerful incentive to undergo adaptation, forcing the regeneration of new tissue, denser bone, and greater agility and strength.

It’s these adaptations that Peat seems to ignore. He notes only the short-term effects of exercise, which stimulates the stress response in the human body, generates lots of the villainous lactic acid, and, if looked at through this narrow lens, just seems to do a lot of damage. But this ignores the reparative mechanisms, and the adaptations that occur. It ignores the lowering of baseline cortisol even though exercise itself causes acute surges in cortisol. It ignores the body’s increased proficiency at disposing of lactic acid.

Peat ignores, while poking fun at ?breathless exercise? as if it were a pursuit of the dimwit, how lung capacity expands in response to high-intensity exercise, and greatly enhances the lung’s ability to deliver precious oxygen to the cells (something he has pinpointed in his other conclusions as being one of the hallmarks of healthy aging). This becomes more and more important as we age ? and lung volume could very well be considered a great yardstick for a person’s rate of aging ? with ?breathless exercise? being the best known way to expand lung volume.

While I have no blind infatuation with exercise ? and have experienced many tolls being taken on my own body from various exercise pursuits, numerous investigations all reveal that the human body has a physical need for movement. Without physical challenge, it atrophies and health suffers in numerous ways. While there are plenty of overexercisers out there in need of increased rest (hence my own advice to avoid exercise on a temporary basis in order to raise your metabolism), there’s no doubt that it’s more common in Western populations to suffer from lack of exercise and poor exercise programs (either all cardio/endurance, or all weightlifting in narrow ranges of motion with too much weight) ? not excesses of exercise.

A truly great scientist would recognize the positives and negatives of various types of physical movement and exercise and recognize when and how to use it and for whom ? or at least acknowledge that there are both benefits and drawbacks and maintain a balanced perspective about the issue in general. Peat is clearly nowhere near grasping this possibility. Because of this, he is missing what for many could be a very valuable tool for health enhancement, health preservation, quality of life, and life extension.

But I still tip my hat to him for balancing out the sick mainstream adoration with the ?no pain, no gain? approach to health. It is a strange disease, often combined with wacky diet ideas, diet food, and protein shakes that spell disaster for “jillians” of’soon-to-be screwed people. Clearly someone had to step in and say something.

But come on Ray, let me hear your body talk…