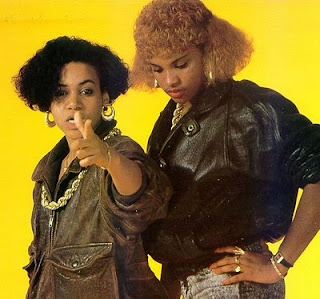 If you know anything about Peat, you should know the basic 5 things that Peat feels are vital to stimulating the metabolism, increasing cellular metabolic rate and respiration, and improving health and extending the functional lifespan: Progesterone, thyroid, protein, sugar, and salt (and Pepa too let’s hope).

Protein, particularly animal protein, when eaten in true excess (more than 1g per pound of lean body mass per day), tends to have a much more negative effect on the rate of metabolism and mitochondrial respiration. But getting insufficient amounts, according to Peat, is a huge drain on the metabolic rate. This shouldn’t be surprising, as the leading advocate of a truly low protein diet, Doug Graham ? author of the 80-10-10 Diet, recommends getting your body temperature down to 93 degrees F. Oops.

Progesterone and thyroid are hormones that trigger greater metabolic activity. While everybody knows about thyroid, progesterone evidently has some pro-metabolic effects all on its own. This is why, when women ovulate and progesterone rises, body temperature rises typically by a half degree overnight. Powerful stuff.

Sugar, or carbohydrate, is a powerful stimulator of the conversion of T4 in the active thyroid hormone T3. It has many other reasons why it triggers greater ?metabolic intensity,? a term I’m becoming increasingly fond of ? some of them related to lowering cortisol, some to increasing glycogen storage, some to increasing glucose oxidation over the more metabolically-suppressive fat oxidation.

And last, but not least, is salt.

Salt is an interesting topic. I’ve never really talked about it in great detail because, well, salt is salt. Who in the world would want to eat a no-salt diet? Or could? I, as a former chef, used to laugh about how salt was the single-most important ingredient separating good food from great food. Salt has a truly remarkable ability to perform alchemy, making flavors that are undetectable suddenly leap out of a dish when the seasoning hits just the right mark. Salt can take Pesto for example, from a grassy, oily sludge into a flavor explosion with a sublime floral essence (hey, if this health researcher thing doesn’t pan out, I could be a good wine critic eh?).

Peat believes that salt has a serious health role to play ? at least for some conditions, and some of his reasoning for that belief is very valid.

For starters, those with hypothyroidism have a hell of a hard time retaining salt. The lower the metabolism, the greater the propensity to develop hyponatremia (low sodium levels). This is a tremendous stress ? one that can potentially trigger migraine headaches or seizures in epileptics (who are notoriously prone to hyponatramia ? probably because hypothyroidism could be a prerequisite for having the disease in the first place). For someone with a low metabolism, even if salt didn’t have some magical metabolically-stimulating property, a good supply of salt is probably a great idea (by the way, for your mo-carb files, Aurora ? the girl I no longer date but stalk on Facebook, used to get severe hyponatremia from running on a low-carb diet, and no longer suffers from it while running on a high-carb diet. She loves Gatorade now).

Peat also points out how low-salt diets have been shown to increase inflammation and activate the renin-angiotensin-aldosterone (RAA) system, stimulating greater activity of the sympathetic nervous system. In English, this means that low-salt diets trigger the stress and inflammation chain reaction in the body ? like the kind that leads to hypertension.

Yes, ironic isn’t it ? we are told to avoid salt because low-salt intake is known to lower blood pressure by a few points in the short-term. According to Peat, the hypertensive state of pre-eclampsia during pregnancy has been known to subside with the addition of salt. Salt could very well be an anti-stress weapon used against the very condition it is supposed to cause according to the strainream.

?The RAA system appears to be crucially involved in all kinds of sickness and degeneration, but the protective effects of sodium are more basic than just helping to prevent activation of that system.

Anyway, Peat is wild about salt. And maybe he should be. Pumping ill people full of sodium solutions when they get in the emergency room saves lives. Extra-salty solutions have been used to heal wounds very effectively. And if salt is pro-metabolic, anti-stress, and anti-inflammatory to boot ? well I’m all for it.

How do you know if salt is something that your health will benefit from? Try adding or subtracting it from your diet with an open mind and see what happens. More importantly, obey your salt ‘thirst. Salt cravings often come during pregnancy, during shifts in the menstrual cycle, after hard exercise, and late at night. If you are a salt-craver, odds are you are drawn to salt for a reason. I for one don’t seem to notice much from high levels of salt vs. low ? at least not in the short-term, and I never really have a legitimate ?craving? for salt the way some people do.

An interesting observation has been to see the low body temperature in my new lady friend, her love of salty foods, and her positive response to it ? especially with enhanced sleep with reduced nightmares. As mentioned before, she suffers from epilepsy and has some issues with water retention ? all powerful indicators of hypothyroidism.

A friend of hers was recommending today, for health reasons, that she drink a lot of water. She hates water and never drinks it. Is it the intelligence of her body that craves salt and hates water? It might be. I’m on board with that. I mean, no one could tell me that if I were craving sleep that it would be unhealthy for me to take a nap, or that I should go on a jog instead. Anyway, something to think about, especially when low sodium levels are known to trigger seizures. Oh yeah, and drinking water triggers seizures too! Oh but wait, I thought if it was natural it HAD to be good for you!!!

More on the importance of metabolism and health here.