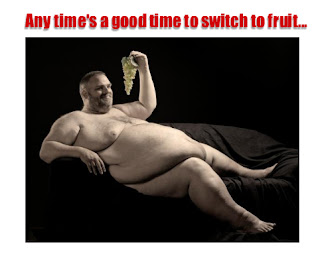 I didn’t want to give up on the Ray Peat topic altogether now. There is still a lot to be said. In fact, his lengthy article titled ?Glycemia, Starch, and Sugar in context? is a perfect article to deconstruct. It is full of many of Peat’s main philosophies about stress hormones, blood sugar regulation, metabolism, gelatin, polyunsaturated fat?? you name it. It’s all there in that article. And it’s the perfect article to examine because some of it is great, and some of it is downright silly. It’s a great blend. In fact, it will probably take many posts to break this single article down ? but once we are through most of you will have a pretty good idea about Ray Peat, and also will be left, hopefully, with a balanced view of him as a researcher (which is something few can claim ? most either think he is a total wacko or is like the Messiah of nutrition).

I will not put every paragraph in the article under the microscope, but we will start with a few that I have selected to discuss and keep the conversation going for a while. In so doing, hopefully we’ll get somewhere. Begin! (spoken in the tone of the original Mortal Kombat video game).

?Judging by present and past statements of the American Dietetic Association, I think some kind of institutional brain defect might account for their recommendations. Although the dietetic association now feebly acknowledges that sugars don’t raise the blood sugar more quickly than starches do, they can’t get away from their absurd old recommendations, which were never scientifically justified: ?Eat more starches, such as bread, cereal, and starchy vegetables–6 servings a day or more. Start the day with cold (dry) cereal with nonfat/skim milk or a bagel with one teaspoon of jelly/jam. Put starch center stage–pasta with tomato sauce, baked potato with chili, rice and stir-fried beef and vegetables. Add cooked black beans, corn, or garbanzo beans (chickpeas) to salads or casseroles.

Peat, in his disdain for mainstream nutrition beliefs, is poking fun at the dietary recommendation to base the diet primarily around starches and not simple sugars. Of course, these recommendations were based on widely held but later discovered-to-be-mistaken beliefs that complex carbohydrates ? like grains, potatoes, corn, and beans, digested more slowly than simple sugars comprised of less ?complex? molecules. It had been known for ages that these foods generally led to more stable blood glucose levels (measured over a 6-hour time period as opposed to just basing everything off of what happens in the first half hour), and were great preventatives against hypoglycemia unlike the foods listed by early anti-sugar author E.M. Abrahamson (1951) who gave the following prescription for those prone to hypoglycemia, ?no sugar, candy, or other sweets, no cake with icing, no pies or other pastry, no ice cream, no honey, no syrup, no grape juice or prune juice. And regrettably, our string of ?no’s? includes cocktails, wines, cordials, and beer. Finally, if you have hyperinsulinism, you must avoid caffeine as you would the pest.

Thinking that such recommendations were made due to some brain defect is even more offensive, as many of the mantras of mainstream nutrition are based on the pioneering work of Denis Burkitt, Hugh Trowell, T.L. Cleave, and others who spent time in Africa gathering hard data on the rates, or absence I should say, of many cancers, heart disease, diabetes, obesity, constipation, hemorrhoids, varicose veins, appendicitis, diverticulosis, and many others on diets built around starchy agricultural staples ? notably whole grains, corn, root vegetables, and the like. It’s not like these beliefs were pulled out of thin air as part of some government propaganda machine. And as Burkitt witnessed, the more food that was displaced with whole grains and tubers, the lower the fasting glucose level of the population.

“The Dietetic Association’s association with General Mills, the breakfast cereal empire, (and Kellog, Nabisco, and many other food industry giants) might have something to do with their starchy opinions. Starch-grain embolisms can cause brain damage, but major money can also make people say stupid things.”

These food companies make more money the more high-fructose corn syrup and vegetable oil they manage to squeeze into the food, as these are generally much cheaper calories than those in villainous grains or potatoes (although they are still plenty cheap). More importantly, the more fat and extra sweet HFCS in the product, the more of it consumers buy and eat because sugar ? particularly high-fructose corn syrup because it is sweeter, and fat, are more stimulating than starch, generally-speaking (although there are plenty of people that get more riled up about chips, Cheez-its, and baguettes than sugar-laden sweets). To think that such companies are behind some massive scheme to steer people towards vile corn and potatoes and away from wholesome simple sugar is comical to put it lightly.

“In an old experiment, a rat was tube-fed ten grams of corn-starch paste, and then anesthetized. Ten minutes after the massive tube feeding, the professor told the students to find how far the starch had moved along the alimentary canal. No trace of the white paste could be found, demonstrating the speed with which starch can be digested and absorbed. The very rapid rise of blood sugar stimulates massive release of insulin, and rapidly converts much of the carbohydrate into fat.”

I smell more sasquatch here. In fact, the smell is so strong the John Lithgow is outside my window shouting the name ?Harry? over and over. Jack Black and Kyle Gass are here with a bottle of aerosol Trap B Gone and are setting up a drumset as we speak. Sasquatch’s ?drumming is kickass? they tell me.

Insulin converting carbohydrate into fat? That’s not how insulin works at all. In fact, a solid debunking took place a couple months back at http://www.carbsanity.blogspot.com/ in which it was shown that the body is in negative fat balance (burning more fat than storing) during postprandial insulin spikes ? like the kind you get after having some good old corn starch. On top of that, the easiest carbohydrate to convert to fat has been shown time and time and time and time and time again to be the one that travels to the liver and is digested most slowly. It’s called fructose. Not only does the presence of fat make fat storage easier,?if fructose is converted to fat in the liver (which it can be under certain circumstances)?it increases insulin resistance, which can lead to increased fat storage (insulin lowers appetite and increases metabolic rate, so becoming unresponsive to the hormone has a tendency to increase appetite and reduce metabolic rate).

Insulin is also intricately tied to leptin, the master hormone of managing the calories in/calories out equation. Surges in insulin cause surges in leptin, which lowers appetite and increases the metabolic rate. Stating that making insulin rise leads to becoming fat is a complete misrepresentation of the bigger picture. In fact, starch-based diets usually lower appetite dramatically, and many starchy foods like potatoes and oats are known to satisfy the appetite on fewer calories than just about any foods known (higher ‘satiety index?).

Speaking of corn starch specifically, this has actually been used successfully by Francine Kauffman of the American Diabetes Association in the prevention of early morning hypoglycemia in diabetics ? more evidence that absorption rate is not the prime determinant of whether or not a particular carbohydrate goes on to trigger hypoglycemia and general blood glucose dysregulation.

Anyway, don’t get the wrong idea here. I’ve been eating simple sugars in favor of starches myself for many months now and have noticed some apparent benefits. Many seem to do better with sugars than starches for keeping hands and feet warm, producing more energy, getting better sleep ? probably due to enhanced liver glycogen storage, and so forth. Many fare better from a digestive standpoint on fruit, juice, and sugar than more complex carbohydrate molecules. Some even report a lowering of appetite on sugar vs. starches, especially with the consumption of whole fruits which, like most starchy staples, are very high satiety index foods. Fruit is also generally more nutritious and hypoallergenic.

So be open to either, or a combination of the two. It’s up to everyone to experiment for themselves to see what the relative benefits and drawbacks of the two basic types of carbohydrates are. But the point here is to shoot down Peat’s wacky and erroneous biochemical justification of the outright superiority of sugar over starch. There is not a clear cut right or wrong carbohydrate, and the mainstream belief that ?complex? carbohydrates are superior to simple sugars is not the result of a governmental or agribusiness conspiracy.

In the next episode, we will continue looking closer at Ray’s cookie-cutter and false portrayal of insulin as being a hormone that, if driven up, will drive blood sugar down and cause hypoglycemia. Don’t worry, Ray’s got some tremendous gems in this article as well, as he is one of the few that actually does have some understanding of type 2 diabetes, realizes that it is a shortage, not a surplus of glucose at the cellular level, and so on.

For more discussion on the sugar and starch issue, read this book on how to raise your metabolism.