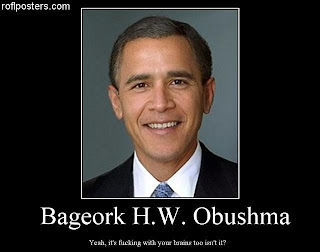 ?Now that our public health establishment has eliminated smoking from public places, maybe they can find a way to reduce stress and disease by removing morons from positions of power.
~Ray Peat

Not sure what that first quote has to do with the thyroid exactly, but it is awesome. Dr. Ray does coincidentally rhyme with Dr. Dre. He sounds pretty gangsta in that quote. Check yo’self fools!

If you had to summarize Peat’s primary objective in terms of his anti-aging, health problem management strategy ? it would be to maximize what to him is a true evolutionary advancement ? a high thyroid-generated metabolism (as opposed to like, a high amphetamine metabolism). This, in and of itself, would eliminate many health problems. But because of the thyroid hormones? basic properties, they have a role of incalculable importance to play with the reduction of the stress and inflammation pathway of the hypothalamic-pituitary-adrenal axis as well. Stress hormones and inflammation are well-known to contribute to just about every health problem known. Interestingly, thyroid hormone appears to be one of the primary governors of our response to stress, and is therefore a powerful anti-stress hormone because of it.

In fact, if you read this on how to raise your metabolism, you’ll notice in physician Henry Bieler’s description of the ?adrenal type,? that many of those traits are attributable to high thyroid, not necessarily ‘strong adrenals? or whatever Bieler may have been attributing those characteristics to.

Anyway, here are some of the quotes I gathered from his books. They are quite revealing. We’ll discuss quite a bit more about the thyroid throughout the rest of Ray May, which is heating up! Get it? Thyroid? Heating up? Oh well, I try. Imagine how silly I’ll be once I’m eating Jello.

?Selye’s work with the diseases of stress, and the anti-stress hormones of the adrenal cortex, helped many scientists to think more clearly about the interaction of the organism with its environment, but it has led others to focus too narrowly on hormones of the adrenal cortex (such as cortisol and cortisone), and to forget the older knowledge about natural resistance. There are probably only a few physicians now practicing who would remember to check for hypothyroidism in an arthritis patient, or in other stress-related conditions. Hypothyroidism is a common cause of adrenal insufficiency, but it also has some direct effects on joint tissues. In chronic hypothyroidism (myxedema and cretinism), knees and elbows are often bent abnormally.


By the 1930’s, it was well established that the resistance of the organism depended on the energy produced by respiration under the influence of the thyroid gland, as well as on the adrenal hormones, and that the hormones of pregnancy (especially progesterone) could substitute for the adrenal hormones. In a sense, the thyroid hormone is the basic anti-stress hormone, since it is required for the production of the adrenal and pregnancy hormones.


?Thyroid hormone is necessary for respiration on the cellular level, and makes possible all higher biological functions. Without the metabolic efficiency which is promoted by thyroid hormone, life couldn’t get much beyond the single-cell stage. Without adequate thyroid, we become sluggish, clumsy, cold, anemic, and subject to infections, heart disease, headaches, cancer, and many other diseases, and seem to be prematurely aged, because none of our tissues can function normally. Besides providing the respiratory energy which is essential to life, thyroid hormones seem to stimulate and direct protein synthesis.


In hypothyroidism there is little stomach acid, and other digestive juices (and even intestinal movement) are inadequate, so gas and constipation are common. Foods aren’t assimilated well, so even on a seemingly adequate diet there is ?internal malnutrition. Magnesium is poorly absorbed, and a magnesium deficiency can lead to irritability, blood clots, vascular spasms and angina pectoris, and many other problems. Heart attacks, hardening of the arteries, and both high and low blood pressure can be caused by hypothyroidism.


?One of the thyroid hormone’s important functions is to improve digestion and bowel health.