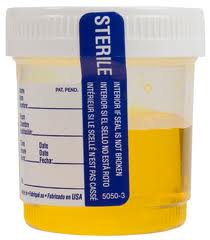 I went to see Challen Waychoff because I was told he could look at a basic set of numbers ascertained from a series of simple urine tests and tell what was wrong with a person, what they ate and even when they ate it, and precisely what course of action to take to fix their body chemistry. This seemed like incredibly powerful knowledge, and hinted at a more sophisticated understanding of nutrition than anyone else in the world possesses.

On the first day I watched a few clients come in. The first was an average construction worker kind of guy. He had a big gut and was just a regular Joe. He had a heart attack at which point he decided to pay Challen a visit. Within 48 hours his chest pain was gone. He had no problems whatsoever, including having energy, which he had suffered from to the point he could hardly get out of bed, until he deviated from the diet. When he did, his problems returned. Nervous about having another heart attack, he went back to Challen and once again, within a couple of days, chest pressure was gone and things back to normal. No trouble since, and he reports feeling great.

The second and third client came in after that. The 2nd was about to try yet another round of chemotherapy, but really felt like she didn’t have the strength left to survive another chemo serving. She tried the RBTI once again. And in 3 months all her tumors were completely gone without a trace.

The third client was a very attractive young girl who started out working with Challen and looking pale, sunken-cheeked, and bulimic according to Challen’s description ? with acne. Radiant would be a huge understatement of her physical presence. She has gained 10 pounds since she started, and honestly had one of the best female figures I have ever seen. I don’t mean that in a creepy way. Just reporting here.

Her acne was still slightly visible, but she mentioned how much better it had gotten. She had just come back from vacation, so her ?numbers? were all over the place. She had already begun drinking lots of distilled water in anticipation of what her numbers would be. She was right. Her urine brix (a reading of carbohydrate content) was roughly 400% higher than the ideal. Drinking distilled water in a systematic way lowers the urine brix. If you have low urine brix, drinking plain water is strictly forbidden.

And then of course, it was my turn. I went into the bathroom, whipped out the magic Johnson, and hit the little pee cup with a strong burst of embarrassingly-dark urine (I had not had much to drink that day ? it was my first day and I had sort of forgotten about my physical needs).

Challen and his office diva laughed at how dark it was, and then Challen proceeded to run the tests on it. With a little dish he added a few drops of various solutions, had me spit in one part, mixed a drop of Matt whiz and stirred it around with something 120 times, put 15 drops into a big test tube full of distilled water, held my urine up and eclipsed the light with it (and had the skin color of an Oompa Loompa briefly), put some kid whiz on the refractomer and had me look at the reading, and 5 minutes later I had my ?numbers.

And there ya have it.

He looks at my numbers for 15 seconds or so before he starts to talk. I’m waiting for a John Edward psychic moment to spill out of him. He says, ?Do you take any medications??

He says, ?Well, how about some herbs or supplements??

?You betta ax somebody sucka!

I’m thinking, ?Wow, this is a disappointment. But he insists there’s gotta be something causing the pattern he is seeing. As if he barely believes it, he says, ?Well, do you eat a lot of bananas??

I laughed and said ?oh snap!

?Well how many do you eat?!! he asked as if I must be eating an amount of bananas that he’s never seen someone eat. And in fact, I had been. In June I ate 2 entire cases of bananas (roughly 170 bananas in 30 days). The day before I had eaten 4 in one sitting. My nickname to the 5-year old daughter of my Florida gal is ?banana? because of all the bananas I eat. 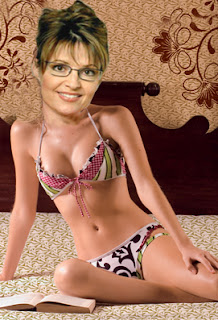 Well played sir. I’m very attentive now. I take out my corn rows and remove the red bandana from my head and roll down the one pant leg I had up to my knee so I could hear dis fool betta. (Sorry, this gangsta spoof is a little out of sync with Wheeling. I should have said I got off my sister ? who had a picture of Sarah Palin taped to her face as an aphrodisiac, put down my Moon Pie, and turned down the romantic sounds of the?Georgia Satellites for a minute to listen more carefully?)

He then proceeded to tell me what was wrong with me starting at my feet (which have been hurting like hell this year ? especially walking barefoot on hard surfaces), and working his way up. He mentioned feet, then lower back (one of my most chronic conditions ? a major problem for me since the age of 16 when I began seeking treatment for it), and pain in the center of the chest (my most recent health problem that began after a year or so of being on a low-carbohydrate diet). He didn’t mention pet allergies, but I was still pretty damn impressed.

Challen, and the RBTI is not part of the psychic network. It’s just simple analysis. Anyone can do it. Challen is the first to systematize basic patterns in the numbers and their relationship with one another. For example, if your urine pH is low ? like 5.5, and your Nitrate urea is higher than your ammonia urea (forgive me if I’m saying anything incorrectly, it’s only my 2nd day for Pete’s sake), then you have consumed pork in some form. This is one of the recognized patterns of which Challen has formulated dozens, hundreds maybe I don’t know, and has them all in a 3-ring binder.

It’s just very diligent investigative work that he has put together. No one on earth has done this. Other supposed practitioners of the RBTI deny that it’s even possible. Oh it’s possible alright, and freakishly accurate. So accurate, in fact, that I think it’s kind of scaring people away. I can sort of relate. I mean, this knowledge is making me have a complete identity crisis. It’s hard to explain why exactly. I feel like the hitchhiker in There’s Something About Mary when Ben Stiller suggests that 7-Minute Abs sounds like a good business idea, but warns about the potential of someone releasing 6-Minute Abs as a competing product?

For example, if you are taking dolomite as a supplement and the total of your urea numbers is 13 or less, your neck stiffens up. Then you stop taking the dolomite and it clears up right away. Likewise, if he sees your ureas getting closer to the low levels and you are taking dolomite, he can say, ?You might get a stiff neck sometime this week. If you do, stop taking the dolomite. He said this to a 180 follower that switched to the RBTI ?dark side? and it happened like clock work. Earlier today someone (another 180 follower that has been working with Challen for 2 months) self-reported a total of 10 and was taking dolomite and didn’t have a stiff neck. Challen then knew that she had mis-reported her number, which she had. The total was 14, not 10.

A lady today came in (wearing a Beavis and Butthead t-shirt – I’m being totally serious) and Challen looked at her numbers for no more than 10 seconds before he said, “You eat some chocolate?”

That’s how crazy this stuff is. And as you are reading this you are thinking the same way I thought when I first heard about it ? that it is sounding like some super-creepy guru bullshit. That’s why I had to come here. I had to see it for myself, and I didn’t want to be one of those db’s who negates something just to protect his own ego, which just took a cold shower by the way, and will be quite raisin-like if my health problems substantially improve in the days, weeks, and months ahead (and more 180 followers continue to get much better results with the Challen-ator than I am capable of delivering to them).

We’ll see how things go as the bigger question is answered ? ?Does it work??