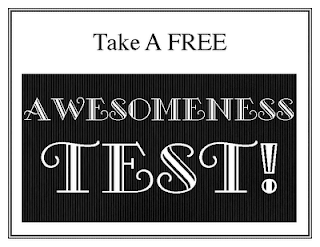 Before getting started, I must publicly declare a winner for the two combined road trips. Winner of what? Awesomeness of course. While one guy opened the door adorned in a faded Ghostbusters t-shirt ? and believe me, I was impressed and thought this was unlikely to be topped ? and another fed me cheesecake, housed me and Pip for an evening, and let me have a couple games of ping pong, there is no question whatsoever that the Croatian giant that I met in Chicago won handily over all the others if awesomeness is the object of the game.

I walked in the door and he had an 80’s movie cued up on the television. Before saying anything he pushed PLAY. It was an obscure 80’s film that I didn’t recognize right away. But lo and behold I had not only seen the film, but actually saw it at the movie theater as a kid. K9. While many might prefer Turner and Hooch in the crime-fighting dog category, K9 has subtle undertones of Belushi that is more appropriate to a refined 80’s palette. And it was poetic as we said goodbye and the credits were rolling. Coincidence? I think not.

On to our primary matter of business ? the RBTI junk food scare?

It seems a lot of people get freaked out about some of the questionable foods being consumed as part of RBTI; version Waychoff. I get freaked out too. Margarine, soy bacon (Stripples!), and corn oil for example aren’t exactly old-world foods that human beings evolved with. We have survived quite a while as a species without them. Nor is the very clear research on such foods particularly comforting. Then again, none of those foods are mandatory requirements, so there’s no point in having such foods stand in the way of your openness to the basic guidelines of RBTI.

I joked while in Wheeling that I cleared up my margarine and HFCS deficiencies while I was up there. One day we ate sandwiches where the bread was slathered in margarine and toasted and then filled with mayo-laden salmon salad ? served with canned soup containing HFCS (remineralized with blackstrap molasses of course!). Pretty funny. But at the end of the day, who the f#%$ am I to bash such foods when people are seemingly overcoming death sentences eating them? Sometimes even the great Matt Stone has to eat a slice of humble pie ? and two slices if it is Marie ?Challen?dar’s Coconut Cream pie.

But if I had to say anything definitive about refined, processed, packaged foods and the RBTI (which I don’t) ? it would go a little something like this?

Refined, processed, packaged foods are much easier to digest and metabolize. Take for example the diet of a gorilla, which is based upon eating a lot of ?browse? ? leafy vegetation. It is estimated that the gorilla only gets 50% of the calories in browse, while the rest is wasted. Processed gorilla biscuits are very concentrated, far more palatable, and far more digestible. A gorilla will choose this every time over its natural diet (and get fat because of it) ? just like a human will typically develop a distaste for simple, unseasoned, fibrous raw foods when something like a Happy Meal ? practically pre-digested for maximal softness, tenderness, absorption, and digestibility (which our senses recognize as superior), is eaten on a regular basis.

With refined foods, there is a tendency to eat more, digest more, and absorb more. That may not be true for everyone, but generally this is true. And I’ve understood this all along, having first told an extremely underweight and undernourished guy to run, not walk to the nearest 7 Eleven and have doughnuts and Gatorade. Doughnuts and Gatorade are much more healing to a starving person than sauerkraut and grass fed raw meat (which was the basis of this 120-pound guy’s diet). If I was visiting a village of starving people in Africa I wouldn’t show up with chicken breasts and Brussels Sprouts, but kegs of Coca Cola and mountains of French fries and pastries.

And guess what? There are a lot of people out there ? I have seen many for myself now in the 10,000 miles I have driven since May 31st of this year, who are underweight, gaunt, feeble, overexercised, and hypometabolic with radical fluctuations in sugar levels. And these are often people who are the most afraid of eating junk food ? as they often got to this state by eating a puritanical diet of 100% unprocessed, unrefined foods. They heal the fastest eating food that is maximally palatable and maximally absorbable. Marie Challendar has the creation of that kind of food down to a science. For a starved person, it could very well be that the most nourishing farm on earth is Pepperidge Farm.

For everybody else? Well, I suspect the same rules apply. A lifetime of eating a lot of junk food yields a junk body. It’s not like Challen’s pets have escaped the wrath of commercial dog food because he feeds them lots of mineral-rich bones. Sure, he fixed some major health problem in his dog in the short-term, but long-term he still became lethargic, swollen in the abdomen but with skinny weak legs, food-obsessed with no ability to self-regulate his weight, and not much better off than a typical indoor pooch.

There is no mandatory requirement to eat packaged and processed food if you are someone who is overweight, pre-diabetic, etc. In fact, I would recommend you avoid that stuff almost completely ? especially if you start this RBTI thing and find your waist travelling in the wrong direction. People with a tendency towards having a high refractometer reading, according to the RBTI (and I’ve heard this straight from Challen’s mouth) should be eating mostly whole foods, and shouldn’t be eating any dessert at lunch time either ? but just a single piece of fruit at breakfast and no other sweets during the day other than the trace amount of sweetener in the lemonade.

And no, having perfect ?numbers? is unlikely to make excesses of margarine, corn oil, and other vegetable oils found in processed foods miraculously stimulating to the metabolism. They are not.

With an acute disease, these are trifling matters. No one needs to make a big deal out of eating such foods if you are going to die of cancer in a few months if you don’t reverse your body chemistry. You can do so with corn oil, so why make a big deal over telling someone it’s not optimal? The program should be as easy as it can be while still getting the intended results. There’s no reason to fuss about it in a situation like that.

As it pertains to a lifelong pursuit of health through a quality diet, for the purpose of health maintenance ? well, you figure it out for yourself. Avoiding processed food doesn’t mean that you are ?not doing RBTI.

I think the biggest mistake people are making is looking at it like an all or nothing kind of thing. It’s as if there are two extremes squaring off against one another at the moment ? the people who think that whole foods are problematic and inappropriate, and those that think processed foods are problematic and inappropriate. In reality, everyone should probably eat a little bit of everything. The underweight low sugar health fanatics should have more processed foods and desserts, but still plenty of nutritious whole foods like steamed vegetables, meats, dairy products, and fruit? While those who have strong digestion and tend towards having a high sugar problem that are overly stimulated by calorie-dense junk food need to eat far less processed food and desserts and a lot more nutritious, non-pornographic, homemade fare.

Having said all that ? I’m getting leaner and leaner eating all this junk food and driving around in a car haha! I would have lost more I suspect if I had been eating a strict whole foods, homecooked diet and not going bonkers with dessert every day, but who knows? This health/diet/nutrition game is full of surprises. It’s best to keep an open mind. Like the WHIZard says:

?Minds are like parachutes ? they only work when they are open.