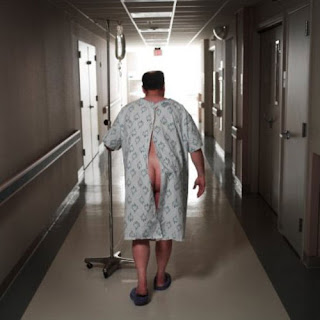 In the months leading up to my pilgrimage to Wheeling, West Virginia (where I saw a grown man wearing a hospital gown as a shirt?on Saturday?- it was tucked into his pants but his fat, hairy, bare back was showing… the thing was faded and frayed as well, as if he had been wearing it as a shirt for years), I was eating a progressively vegetarian diet. I noticed the more meat I displaced out of my diet, the better I felt in many categories – such as lower levels of inflammation, less tooth pain,?no body odor,?gums stopped bleeding,?better breathing…
But I knew it was a dead end and I also knew things weren’t right. I broke out with two major rashes on my backside in a period of only 5 weeks for example. My toes started getting icy cold in the middle of the day. The ominous signs that I’m all too familiar with the significance of, were?creeping in.
Deep inside it was obvious to me that my “meat intolerance” was not because meat is unhealthy or inherently inflammatory. It was obvious thatI just wasn’t, and haven’t been?digesting and metabolizing it correctly – the same logic I used whenI started having problems with “carbohydrates” and went on to fix that (and help guide many others to fixing their “carbohydrate intolerances”).
Anyway, that’s exactly how meat is?looked at in RBTI. To be able to digest meat properly, you have to have strong enough digestive juices, liver bile, and overall?”reserve energy.”? One of the beliefs that is nearest and dearest to RBTI is that young children lack such digestive strength – and that children?don’t reach their full digestive power until?around age 12. Before then, meat is constipating, and causes tons of problems with congestion, sinus infection, asthma, ear infections – as constipation and congestion more or less go hand in hand. Eggs and dairy are mainstays of child RBTI diets. Meats? Not so much.
Here’s Challen Waychoff discussing vegetarian diets,?meat-free diets for kids under the age of 12, and sleep…
As an update on Pippa and I’s next road trip… We will be in Detroit on Thursday, Chicago on Friday, and Minneapolis over the weekend. If you live in one of these cities or close to it, there is still a chance you can have her play with your urine.Contact her at pipparoni@yahoo.com right away to schedule.
How to RAISE YOUR METABOLISM.