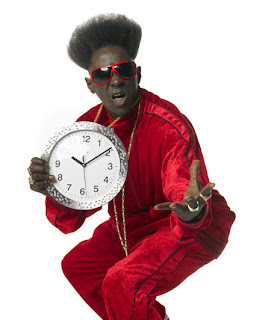 Your typical health geek knows very little about Circadian rhythms, but real researchers know that there is a tremendous significance behind our daily biochemical rhythms. For those that don’t know, the circadian rhythms are basically just secretions of various chemicals and enzymes that take place during the 24-hour cycle that are set like a clock.

For example, during the evening it is natural for humans, a diurnal creature, to see a drop in cortisol and a rise in serotonin. This kills your appetite and makes you calm, sleepy, and ready to hit the hay after the sun goes down.

In the morning you see cortisol peaking in a normal, healthy human with ideal circadian rhythms. This helps to promote hunger, whereas having low cortisol levels throughout the night lends itself to a lack of hunger, helping you sleep soundly without needing to go on a midnight cupboard rampage. Anyway, you get the idea.

I first came across the importance of circadian rhythmicity when reading T.S. Wiley’s Lights Out: Sleep, Sugar, and Survival (2001) many years ago. In the book, Wiley makes a strong argument for the importance of sleep in avoiding metabolic syndrome due to the sleep cycles impact on circadian rhythms ? cortisol in particular. And yes, it’s true, humans are sleeping increasingly less as the decades pass. Shawn Talbott, in the Cortisol Connection, mentions how the average night’s sleep has decreased from nearly nine hours of ZZZ’s to a measly seven over the past century. More and more studies seem to be emerging lately showing that lack of sleep is synonymous with metabolic syndrome.

During that same time, you see people drifting away from eating traditional breakfast classics like steak and eggs and moving to smoothies, Nutri-Grain bars, bagels, pastries, and Special K – the choice of a new, and pretty pathetic, generation. Being in New York City this morning, the white flour capitol of the world, and passing 2,784 bakeries and smoothie shops trying to find a place that serves something besides coffee, bagels, pastries, and smoothies was a great reminder of just how pervasive this poor excuse of a breakfast has become.

Keep in mind that these are the business establishments designed to serve those who DIDN?T wake up to sugary breakfast cereal or a smoothie they made themselves.

Anyway, that’s a separate tangent. What I’d really like to focus on is something that is a simple well-known fact that my own personal observations have reinforced over the years?

People with various signs and symptoms of metabolic syndrome seem to almost always have circadian rhythms that are totally out of whack.

To describe what I mean, I’ll explain what I believe to be a day in the life of someone with proper circadian rhythms?

1) Wake up in the morning spontaneously without an alarm clock at dawn no matter what time you fell asleep, full of energy and in a good mood with a strong appetite ? like the family dog when he was in his prime

2) Eat a large and substantial breakfast

3) Desire to exercise early in the day, or at least get some kind of physical activity. Jittery and hyper if exercise is not possible

4) Have energy throughout the day without fatigue, drowsiness, irritability, feelings of depression or elation, mental fog, etc.

5) Good strong appetite at lunch but no panicked need to eat. Could skip lunch if he/she had to

6) Decreasing hunger levels throughout the day

8) Become sleepy early in the evening but not exhausted

9) Have no trouble falling asleep or nighttime hunger or cravings

10) Sleep soundly without hunger, without waking in the middle of the night, no need to urinate during the night

This is generally what a day in the life of a person with ideal circadian rhythmicity is like.

A short summary would be to simply say that most of the hunger and energy levels occur early in the day, while hunger and energy levels both decrease later, which results in no nighttime cravings for sugar or alcohol, no restless tossing and turning with your mind churning a million miles an hour or restless legs when you’re trying to fall asleep, and a solid night of deep sleep that you pop right out of early in the morning with no grog, fog, or zombie foot shuffling across the floor to get to the coffee maker. The day starts with bright-eyed energy, enthusiasm, and optimism with sort of a clean slate feeling.

Your typical obese person, or someone with the classic metabolic syndrome profile, often describes himself or herself as ?not a breakfast eater? and ?a late-night snacker. Every morning is like having a hangover with no desire to eat and an unshakable feeling of drowsiness, fog, irritability, and fatigue. Hence the need for coffee at the very least, and something sugary and ?light? if anything is eaten at all before noon.

At night things are equally screwed up, and even more annoying. Instead of winding down for a good night’s sleep, your typical metabolic syndromer starts winding up, and would love to go to sleep but hunger, cravings, and a feeling of restlessness seep in and get in the way ? not to mention the normal chemicals that are supposed to be secreted in the evening that reduce the need to urinate aren’t secreted. What otherwise could have been complete sleep cycles is interrupted by a mega urge to whizzle if nagging hunger and cravings doesn’t get ?em first.

Anyway, this is not meant to be a deeply revelatory blog post or anything like that. Rather, I want to put the importance of normal daily rhythms in the forefront of everyone’s mind.

In an evening of nonstop chatter and good times here in New York with Chek-certified trainer and health specialist/author Antonio Valladares, I mentioned that Circadian rhythms were something I was hoping to address in the near future. Valladares, who has spent years testing hundreds of clients with saliva tests taken at 4 times throughout the day to get a sense of such rhythms, responded to this by saying that ?just knowing about Circadian rhythms puts you ahead of 99.9% of health and nutrition authorities out there. I also asked him just how prevalent abnormal adrenal tests are, to which he said ? ?dude, it’s EVERYBODY. And keep in mind this is just the saliva test, which says exactly NOTHING about the activity of the 11-HSD-1 enzyme that regulates corticosteroid activity in fat cells which I believe to be far more significant than levels detected in blood and saliva of adrenal hormones such as cortisol.

Coming up later we’ll definitely be focusing on some tricks to reset the biological clock. But in my experiences with resetting my clock and becoming more or less a new man years ago when I started really geeking out hardcore on all this health stuff, the most prominent keys to resetting the circadian rhythms go something like this?

1) Establish a regular bedtime. It’s better to go to sleep as close to sunset as possible, going to bed early. However, more important than the actual time you go to sleep is the regularity and consistency. Going to bed at almost the exact same time daily is a huge tool if you are seeking to better regulate your circadian rhythms.

2) Eat almost all of your calories within the first 8 hours of waking up. Eating an early breakfast that is pretty high in meat (and monstrous) is a great tool. If you are not a morning person and would like to become one, eating a big slab of something good in the morning is a powerful tool. An ideal day for me consists of about 80% of my calories being consumed during a very early breakfast and a midday lunch (interestingly, THIS STUDY that Riles passed along shows big differences in intermittent fasting when it comes to giving the food during daylight hours vs. giving the food at night. Our official 180 IF guinea pig, Collden, has also noticed much better circadian rhythms when eating food earlier in the day).

3) Stagger exercise towards the morning hours vs. the evening hours. This is still the hardest for me, but people that wake up to yoga, or a good workout, or a morning walk almost always notice a re-calibration of circadian rhythms (they shift to have more energy in the morning and be spontaneous ?morning persons?).

More on this to come as I delve deeper into this. But in general, the idea is to raise stress hormones in the morning with protein-rich foods and physical activity and keep them low at night. The carbohydrate to protein ratio discussed in the last post as well as the concepts here address that very simple fundamental.

To find out more on resetting your Circadian Clock check out DIET RECOVERY!!!