As many of you know, over the last couple of months we’ve been exploring a diet that displaces more fat with starch as opposed to eating more or less equal amounts of the two. When it comes to lowering cortisol, improving leptin sensitivity, improving insulin sensitivity, impoving body composition, raising metaoblism, and keeping fat gain minimal while eating to appetite or slightly beyond appetite – which are basically the objectives of the eating and lifestyle program created in the?eBook DIET RECOVERY,’starch immediately stands out as being superior to fat in each and every one of those categories. 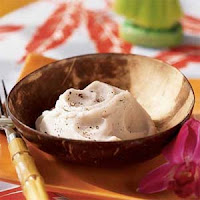 And of course, the vast majority of the most metabolically-healthy people on earth eat what could be called a “starch-based diet” in which well over half of ingested calories come from some starchy staple – such as corn, wheat, rice, or root vegetables (Asians, rural South and Central Americans, Pacific islanders (formerly),?rural Africans, and so on).

This is actually a pretty interesting debate amongst the?low-fat plant-based gurus. I’score it:? McDougall 10, Furhman 7, Esselstyn 4,
Mills -2,368, Creepy Bald guy next to Mills 0

Last week I added this “Addendum” to the eBook DIET RECOVERY, the first of many to come I’m sure. Anyway, this is what was added. Hopefully this brings some clarification to those who have been confused recently. To read the rest of the book, go to www.180degreehealth.com

While RRARF (Rehabilitative Rest and Agressive Re-Feeding)?is very successful at raising body temperature, improving digestion and overall well-being ? one question remains?. Can it be done more efficiently? Can it be improved upon? Okay, I guess that’s two questions.

By more efficiently, I mean with less fat gain and greater lean body mass gain as well as a greater rise in temperature per calorie ingested.

Upon close scrutiny of the literature on overfeeding, a clear picture emerges. Straight studies comparing overfeeding with a high-fat/low-starch diet vs. a high-starch/low-fat diet yields clear-cut results. The higher the ratio of starch to fat when overfeeding, the greater the lean body mass gains and the lesser the body fat gains. Not only that, but since starch is not something that the body can readily store like it can fat molecules, the excess calories ingested MUST force an increase in body heat and physical energy to a much greater degree than fat overfeeding.

The physics of it all is actually quite simple. The most efficient way for your body to store fat is to pack fat molecules into fat cells. For this to happen in the absence of dietary fat means that a great deal of carbohydrate must be converted to fat ? triglycerides, before it can be efficiently stored. However, this is a very inefficient process. When large quantities of fructose are ingested during overfeeding, the effect is very fattening because a great deal of the fructose is converted to fat in the liver. However, this is not true when talking about starch overfeeding.

Thus, when the ratio of carbohydrate to fat is very high, and the ratio of starch to fructose (and also glucose in simple as opposed to complex form as is found in starches) is also high, the more of the excess energy is stored into muscle tissue and the less into fat. There are also implications that a diet with a high starch to sugar + fat ratio is protective against heart disease ? increasing the HDL to triglyceride ratio for starters. I never thought that controlling the macronutrient ratios in such a way would have such a direct bearing upon body composition, but to ignore the simple truths revealed in the medical literature regarding such a thing would be sheer denial of irrefutable fact.

While choice, personal preference, carbohydrate tolerance, digestive abilities, and more will determine what you personally choose as your version of RRARF, there is no question that eating more starch and less fat by percentage of calories is a route that will produce more body heat and more lean body mass with less body fat than any other method.

Of the starches, those highest in amylose content and resistant starch ? such as legumes, red potatoes, corn, and intact whole grains like Basmati rice (vs. those ground into flour as in bread/pasta) ? particularly those that have been cooked and then chilled which forms a type of metabolically-stimulating resistant starch known as RS3, are ideal. A version of RRARF where these types of starchy foods are maximized and other foods more or less minimized in comparison is probably the most efficient route to take.

The reasons why that is goes far beyond a larger increase in lean body mass in comparison to fat gains, but incorporates positive changes in the microbial environment of the gut, intestinal production of the most metabolically-stimulating and insulin-sensitizing fatty acids known (such as butyric and propionic acids), and perhaps most-importantly ? pronounced appetite inhibition with an increase in metabolism, meaning that weight gain is minimal or weight is even lost eating to appetite while metabolism simultaneously rises (the Holy Grail of health and weight loss).

This is just the tip of the iceberg on the potential benefits of a high-starch diet, particularly one that maximizes amylose and resistant starch-rich carbohydrates. I have tentative plans of elaborating on this topic in exhaustive detail in a future eBook, entitled something like 180 Degree Carbohydrate. Actually, that’s a pretty weak title for such an important topic. I’ll come up with something better hopefully.

Also see 180 Kitchen for a great recipe and meal plan that incorporates resistant starch on a program with a higher ratio of starch to fat.