Silly Wabbit, Atkins is NOT for Kids! 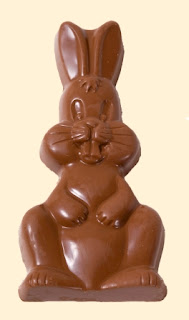 I received this email just the other day. It is a beauty. There were so many options for what could be used as the title. I’m actually a little sad at the chosen title, as RRARV would have been a beauty (Rehabilitative Rest and Aggressive Re-Vegasing). The?email was sent by a long-time chronic health masturdebater.?Misadventures include, and are certainly not limited to,?a long bout on the Atkins diet, with her kids sort of getting short-changed on carbs during that phase and losing their spunk and having their body temperatures drop?(wait for it….),?just like ADULTS do!

Anyway,?with the incorporation of Easter candy bingeing, Whiskey-spiked milkshakes, and the infamous?(gasp!) Frosty – the whole fam damily is banging 98.6 and above and leaving their carborexic lethargy behind. A little lively commentary by me is included below in RED. To learn more about how raising your body temperature with food, at home or in Las Vegas,?can help improve and in some cases overcome many health problems – both minor and major, read how to RAISE YOUR METABOLISM?.

“I started taking Raw Thyroid, Raw Adrenal, and Raw Liver twice a day, and that helped my between-meal fatigue and hand/foot temperature. I can’t really remember time frame with that, as I had a major amount of stress surrounding filing our income taxes (we are self-employed). Anyway, I went to Las Vegas right afterward with my husband for a trade show (it was basically a vacation for me).

Raw Vegas would have been much more effective.

I decided to treat that vacation as time to really focus on RRARFing. I did try to somewhat avoid PUFAs, but that can be kind of hard in restaurants.

Every morning I went and had a big breakfast with the hubby, then we would part and I would lay in the sun by the pool until I got too hot (no sunblock), and then I would go back to my room and take a nap, until he called me for lunch. I would go and eat a big lunch. Then, I would walk around in the afternoon until dinner time, and then have a big dinner. I had lots of sugar, including something which is my new favorite thing — a chocolate shake with whiskey in it. :)

It’s unfortunate all the time I’ve spent writing, when this paragraph pretty much sums up the ultimate health restoration program in 4 sentences.

Anyway, my temp totally shot up in Vegas — now it is regularly around 98.5/98.6. So, I’m not sure if I should try discontinuing the thyroid and then maybe the adrenal.

I doubt you will need those if you can take home a little Vegas with ya.

Upon returning, I picked up my kids from my parents’ house and they were both visibly larger. Taller, yes, but also chunkier. By coincidence, this week was my son’s 10th birthday, so I took him in for a well child check. His temp was 98.9. I took both the kids’ temps back in February, and they were in the high 96’s, which left me feeling very discouraged because I didn’t know how I would get them to warm up without giving them thyroid. I did give them adrenal, but during my tax prep week, I forgot.

Let me guess, the parents aren’t health Nazis and the kids finally ate a bunch of stuff that they needed to rehabilitate their metabolisms from the dark days of Mommy on Atkins (MOA).

I bought a shit-ton of Easter candy (chocolate) for an egg hunt we did on Tuesday. I’ve left the candy out and we have all been pigging out on it this week. Both the kids have slimmed down. They also seem to have more energy.

I also find the “shit ton”‘to be the most useful food measurement, but not sure it needs hyphenation. Maybe. I don’t know. I only have a Bachelor’s degree in English. That’s postgraduate material I think. ???

My skin, which had gotten really dry on Atkins, is now really soft like it had been for most of my life. I had always had soft skin like a baby, and it had gone away. I don’t need lotion or anything (I didn’t before Atkins, either). I’m not drinking any more water than I used to, either.

Low thyroid/body temperature,?fatigue, sluggishness,?and dry skin on Atkins?? That is strange. Well, unless you consider’that Atkins admitted that’the Atkins diet “tends to shut down thyroid function…?The diagnosis is made on clinical ground with the presence of fatigue, sluggishness, dry skin, coarse or falling hair, an elevation in cholesterol, or a low body temperature.”

Oh, and before tax week, I was still taking care to have several decaf breves with coconut oil in them to keep my temp up, but I was so busy and stressed out during tax week, I didn’t. I was thinking my temp would probably fall in Vegas without coconut oil, but as I mentioned, it didn’t. I do think the excess stress (my stomach was actually upset because I was so stressed out during tax week) postponed my ovulation and lengthened this month cycle.

No one?needs coconut oil to raise metabolism or keep it up. It can be helpful, just like a fork is helpful for eating, but you don’t need one to keep from starving to death.

I had caffeinated coffee this afternoon as kind of a test (espresso, actually), and I had been very intolerant to it — it would make my heart race and then I would crash. I haven’t crashed yet, but we’ll see if I am tired, tomorrow.

That’s a pretty good sign. I would imagine those with poor adrenal function/low thyroid?have more of a traumatic reaction to caffeine – especially in large doses?(and all stress), than a normal person. ?
Oh, and here is the really huge thing. Both my kids and I are tolerating gluten just fine. We have had large amounts every day this week since I got back from Vegas. Last summer, this would have made my daughter vomit. My son would get a runny nose. I would be extremely tired. I was a little tired yesterday, but rather than have white sourdough bread the day before, I decided to try giving us all some Food For Life Sprouted Bread. It probably has a lot more PUFA in it than the white bread.

So, you’re not concerned about the dry milk powder (oxidized cholesterol?) in a Frosty, huh? ‘Cuz I’m about to go get some for my family.

Minutiae. I think brain freeze is the greater danger here.

So, thank you!! I feel like we have such increased freedom now! Food is not our prison any longer!”

Me too. (Inserts Twizzler into mouth). ?