Sucrose vs. Starch and Fat 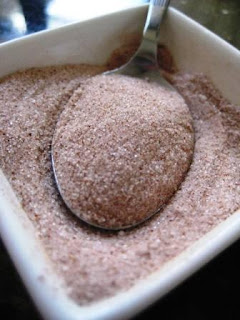 When originally developing RRARF, a diet and lifestyle program specifically for raising cellular metabolic activity and addressing other factors involved in health and body composition, it seemed abundantly clear that starch was a superior carbohydrate staple than fruit, juice, and sugar.

You can read about the program in how to RAISE YOUR METABOLISM.

This provision seemed important, as I was suggesting eating beyond the instinctual appetite or point of satiety. Studies show, with no real ambiguity, that when you instruct human beings to eat as much food as they like on a diet that is high in starch and fiber and low in sugar and refined carbohydrates lacking fiber, that appetite decreases spontaneously and there is a loss of body fat.

This was something I was, and still am, very interested in. What I hoped to show people was that it wasn’t that you were carrying too much body fat and presumably overeating for your metabolic rate and activity levels because you were a lazy ass or a glutton, but because certain foods (like sweets) stimulate a greater rise of calorie consumption. This is true. They do.

But of course, with any dietary recommendations built on one or a handful of compelling reasons, there are unexpected consequences as well. I believe one of those consequences is that substituting starch for all simple sugars can lower the natural desire to engage in physical activity. This could very well be due to decreased palatability and therefore lower calorie intake. Creatures like the sloth, gorilla, and panda for example are far less physically active than their biological cousins precisely because their food is less palatable, it is less calorie dense which is true of most whole foods diets, and yields lower total calorie intake. Slothism ain’t what we’re after.

I also thought that sugar and sweets should be avoided because they are addictive. I’ve been addicted to ‘sugar? before, but it was always in high-fat foods (candy bars, chocolate, doughnuts, ice cream, brownies) and was always in a reduced metabolic state or following a restricted diet that I experienced this addiction. Now, not so much. After eating a very high sugar diet for going on a couple of months now, I don’t find it the least bit addictive. Several times in the past couple of weeks I’ve found myself having only a couple of bites of things like pie and ice cream and having no urge to keep eating them. This is definitely new.

Looking deeper into the science of addiction it becomes abundantly clear that there are dozens of factors involved in addiction in terms of how foods interact with the dopaminergic system (pleasure or reward center in the brain), and a sweet taste is only one of them. In my experience though, eating to the point where it is no longer pleasurable completely eliminates one’s susceptibility to food addiction.

More importantly, asking someone to eat a no sugar diet is unreasonable and unrealistic. I’ve found that eating disordered people will do and eat anything if someone tells them it is healthy. Eating feces, drinking your own urine, eating rotten meat, eating only raw food, eating vegan diets, and what I find to be totally unfathomable ? eating salads, are all common recommendations that hardcore orthorexics are doing in the name of health.

But normal people actually look at eating a diet they don’t like, and living a life they don’t like, and freaking out all their friends and family members with their weirdness, and otherwise becoming a health hermit (HH) as undesirable, wacky, and dumb. I call these people smart. Here is an example of someone who is not smart (if I had to choose one video as the funniest I’ve ever seen, this would probably be it)?

Anyway, I can’t get over some of the interesting details observed in THIS STUDY. The study was pointed out by frequent 180 commenter Jannis in his interesting article written back in February. READ IT HERE. Yes, I was just as surprised as many of you when I learned that Jannis had a wiener, perhaps because when you read the name ?Jannis? like an English-speaking redneck it sounds like Janice, a woman’s name.

A glance through these materials will have you pondering over some very important details. Details like?

1) A high-sugar diet vs. a high-fat or high-starch diet caused subjects to eat more when eating to appetite.

3) The high-sugar eaters reported much greater satisfaction with their diets, and even felt they were high in fat even though they weren’t eating much fat at all.

4) The high-sugar eaters had a much higher energy expenditure, meaning that, without instruction to exercise more, they exercised more anyway.

5) When sugar consumption rises, fat intake naturally falls and vice versa, leading one to ask whether it’s better to eat a high-sugar or high-fat diet (a diet that isn’t one or the other is generally not palatable enough for someone with free will to follow long-term). Eat more fruit and drink more juice? Or eat more butter, cream, and ribeye? Anyone who has closely monitored their exercise performance and recovery will have that question answered very clearly. By the same token, I think most who monitor their dental health will note the opposite, so there’s certainly not a clear cut answer.

What I find most intriguing is that on the high-sugar diet there was an increase in lactic acid and catecholamines (adrenaline and noradrenaline). While Jannis viewed this as cataclysmic, and taken out of context I can see why, it is extraordinarily interesting that higher lactic acid production seems to yield a greater production of growth hormone. At least this is something promoted in the bodybuilding world with textbook truism.

If there was indeed an increase in growth hormone ? and I have seen in places that sucrose increases growth hormone (so does glucose), it would explain a lot. Normally I think of the increase in catecholamines breaking down muscle tissue and blunting appetite for example, as you might see with taking amphetamines. But the subjects actually ate more and gained lean mass with no fat gain. Smells like growth hormone to me.

While there are endless interesting things about growth hormone (improves skin elasticity, removes age spots, makes people look younger, reverses gray hair, reduces abdominal fat, increases muscle mass and strength, increases libido and sexual performance), one very interesting aspect seems to be that in the short-term growth hormone causes high blood sugars and hyperinsulinemia. This really threw researchers for a loop. But lo and behold, over the long-term the increases in lean mass and reduction in body fat induced by growth hormone actually seem to improve glucose clearance and insulin sensitivity (which is a good reminder to anyone and everyone that studies, most of which show short-term effects, are very dangerous if one is trying to build solid conclusions from them? as are short-term changes in response to new diet and lifestyle habits as so many have been eager to point out lately as if I didn’t understand that as well as, or better than, any human being on earth).

But I can’t help, considering my own experiences with high sugar diets (the first one I ever did totally eliminated all my gray hair for example, which didn’t start coming back in again for 6-7 years), thinking that sugar may have some advantages here. It’s certainly hard to make everyone who follows my work suffer with anxiety over omitting many of their favorite foods over it. In a perfect world that sugar would probably come from freshly-juiced sugarcane, what one person has written to me and called the ultimate food. But there are of course many ways of scrutinizing this as well. Ice cream could win votes too by some lines of thinking (higher calorie density, therefore greater calorie consumption, therefore greater energy level, mood, heat production, etc.).

No this is not just another bandwagon, but a serious re-examination of important details that many people have overlooked. More to come, including a post soon about my own personal changes noticed with adding a substantial quantity of sugar ? mostly in the form of fruit and juice, to my diet.