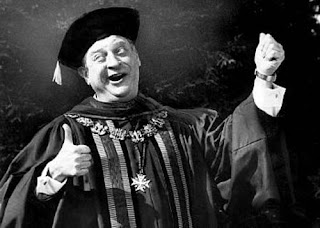 People practically beg me to write up some thoughts specifically about Gary Taubes. I have done so in the past, but not necessarily in thorough detail. When I did write about Taubes, I often championed him for pointing out that obesity is not a simple matter of calorie consumption, calories burned via exercise, willpower, discipline, and so forth. Gary Taubes, as well as several others, have shown the world very clearly that the status quo on what causes obesity and how to lose weight is really dumb, and a near-hilarious oversimplification.

Where Taubes went astray is when he offered up a counter-explanation. He had us all at ?it’s not all about calories? and totally lost us when he wrote ?it’s all about carbohydrates. The latter is an even dumber, even more overly-simplistic and easy-to-disprove theory than the ?gluttony and sloth? theory proscribed to by the bulk of the diet and medical industry.

Still to this day it totally baffles me that Taubes went down that rabbit hole, and it baffles me even further that he remains entrenched in that belief despite continuing to study the subject. Even the tiniest little peep outside of the low-carb blindfold reveals a waiting line of contradictions to what some might call the ?carbohydrate hypothesis,? which is and should be the laughingstock of all theories on obesity (along with any other hypothesis that begins with a macronutrient followed by the word ?hypothesis?).

Blaming obesity on fat, or carbohydrates, or protein is like blaming global warming on either Italians, Mexicans, or the Irish. There is no sole contributor or cause of global warming. Sure, carbohydrates ? just like protein and fat and a dozen other things, contribute to obesity. But that doesn’t mean that carbohydrates are the cause of all obesity. Any and all ?one cause? theories of obesity will ultimately fail, leaving the ones that get the most dogmatic and ruffled in defense of those impossible theories looking the most foolish.

Anyway, enough of that. At the recent Ancestral Health Symposium, which is some kind of Paleo orgy that I did not attend because I had to paint my house and wash my cat, Debbie Young ? known as the beloved ?Haguilera,? ?Grassfed Mama,? and many other nicknames, managed to get Taubes talking down to Stephan Guyenet on video. Taubes, high and mighty and proud, seems to think that he disproves ?Guyenet’s? theory on palatability (showing Taubes’s complete lack of education about obesity research ? the infancy of this idea arose several decades ago at least, and I have of course written and spoken about it for years now ? in my book 180 Degree Metabolism, on the blog here as ?The Pleasure Center Activation Theory? or PCAT, and in many interviews ? hell even the former head of the FDA, David Kessler, has written a book about it).

He ?disproves? it by pointing out that there was a famine preceding the Pima obesity epidemic. Then he goes on to show more ignorance and lack of openness about palatability’s role in obesity, by thinking that a liquid diet is ?palatable. Oh yes, you know those liquid diets. So palatable that after a week you are reaching for anything other than liquid ? the barrel of a gun perhaps, to stick in your mouth. Yes scary Gary (I think you could see his skin color turn green and a few seams burst on his clothing during this masturdebate), monotony is a factor in how rewarding a food is.

Switching gears here, famine causes a drop in metabolism and makes the pleasure centers in the brain increasingly hypersensitive to stimulation. This helps the body secure food better. You derive more pleasure from eating, are more drawn to calorie-dense foods (calorie-density is a big factor in ?palatability?), are obsessively fixated on food, and it takes far more food to satisfy your appetite. But even if you don’t satisfy your appetite because there isn’t enough food available to do so, your body still works hard to store fat when you are in this state. You can still become quite fat on a low-calorie diet. Calorie restriction or famine has always been known to trigger hypometabolic and hyperphagic (eat more, burn less, exercise less) in people ? and also create intrauterine changes that make a child come into the world ready to defend itself against famine by naturally wanting to eat more and exercise less ? and maintain a lower body temperature among other famine-friendly adaptations).

More importantly, this shows that palatability is relative. The Pima, with a history of eating a very sparse diet of lean meats, vegetables, and starchy unprocessed grains and legumes (they were lean of course, as are the modern-day Maycoba in Mexico who still eat a more traditional diet ? a huge point, as their diet was much higher in carbohydrates by percentage of ingested calories BEFORE their obesity epidemic than after it), must, by definition, have highly sensitive reward circuitry to be compelled to eat these foods. Any increase in palatability ? such as the addition of fat, sugar, white flour, more calorie-dense foods (which those all are of course), liquid calories (not to be confused with liquid diets ? liquid calories are very palatable until they comprise roughly 50% of the diet or more, then they become unpalatable and solid food becomes more palatable!), and so forth, will result in weight gain until the reward centers have adjusted.

Of course, with palatability being relative, undergoing an extreme period of starvation makes food of any kind much more hyperpalatable. And the offspring born of that generation are born with a lot more receptors for pleasure neurotransmitters like dopamine. They, in essence, come into the world with ‘thrifty genes. This is precisely why, in my view, the fattest people on earth are the ones that underwent the most sudden increase in palatability of their diets (the choice of the word ?diet? is key here ? we are not talking about the palatability of isolated substances, like sugar ? which has very low palatability eaten with a spoon out of a bag ? and who the hell could drink high-fructose corn syrup straight out of a bottle?… but the palatability of the diet as a whole). I also think a sudden shift from high activity levels to low activity levels has the same effect ? particularly if that activity is a high volume of low-level cardiovascular exercise. In fact, the 15 or so pounds of excess fat I carry all came in a sudden burst of going from 40 hours per week of exercise to 0 while eating to appetite of the highest-palatability diet achievable (note: weight gain stopped when body temperature returned to normal? high-volume exercise lowered it from 98.0 to 96.2F (morning axillary reading)).

Others include ? and there are potentially dozens of others:

1) Type of fats consumed in the diet, and thus comprising tissue ? most seed oils are metabolically-suppressive and just so happens to be a staple of the Pima in the form of ?fry bread? ? deep-fried white flour. This has proven to be a much bigger factor in insulin resistance than the consumption of carbohydrates, which generally have an inverse correlation with insulin resistance (in other words, the more carbs a population consumes by percentage of dietary intake, the lower the body weight? one of those teency weency contradictions waiting patiently for Taubes to ?discover? it).
2) Fiber consumption ? while this is a major factor in palatability (the more fiber, the less palatable the food is), fiber ferments into acetic, butyric, and propionic acids with known metabolism-stimulating and insulin-sensitizing properties. These fats are highly protective against the metabolically-suppressing fat found in seed oils. Giving butyric acid to rodents lowers appetite and stimulates metabolic rate ? resulting in eating less, exercising more, burning more calories at rest, and maintaining much lower body weight. A wise man virtually incapable of being schooled by Gary Taubes showed me that. He had some funny French name. Stephan or something.
3) Metabolic rate ? Metabolic rate is a massive factor in obesity. This is poorly understood by the mainstream that thinks metabolism is best gauged by total calories burned. Metabolic rate is the amount of energy and oxygen consumed per unit of lean body mass. The obese consume far less per unit of lean body mass (adjusted for the added metabolic needs of excess fat tissue). Body temperature is probably the best exterior indicator of metabolic intensity. A recent study on dogs revealed that the fatter the dog, the lower the body temperature (of course, starving dogs would negate this correlation, but we’re not talking about what happens with food shortage as that is irrelevant to modern humans). Women have a higher metabolic rate than men. Small dogs have a higher metabolic rate than big dogs. Small people have a higher metabolic rate than big people. That’s probably why they tend to live longer and age more slowly.
4) Stress – Stress is an undeniable factor in obesity. Stress comes in hundreds of forms. Poor nutritional status, loss of loved one, divorce, sleep apnea, chronic infection, inflammation, poverty ? these are but a very short list of potential stressors. Stress impacts weight by raising the glucocorticoid hormones, which has a strong association with insulin resistance unlike eating carbohydrates ? the low-carb scapegoat in the cause of insulin resistance ? but one with such a paltry amount of scientific backing it should be classed alongside of Nessie and Bigfoot.
5) Psychological factors ? Restrained eating has a strong correlation with obesity, particularly amongst young kids that are restrained from eating certain foods or the quantity they desire by their parents. Many people respond to being told they shouldn’t eat something by avoiding it for a short time and then bingeing on it ? ignoring satiety signals and eating well beyond them with coinciding weight gain. This is of course just a drop in the barrel on psychological factors that influence someone’s eating, behavior, activity levels, and in the end ? body composition.
6) Dieting ? Along the same lines as restrained eating, dieting is, in the words of a more astute obesity researcher than Taubes (Paul Campos), ?perhaps the single greatest predictor of future weight gain.

There are tons of others of course. We’ve already touched on heredity and the influence it can have over your metabolism, appetite, reward centers, nutritional status, and fuel partitioning (whether the food you eat becomes fat, muscle, energy, heat, excess poop, etc.). Digestion is a factor. Liver function is a factor. There are viruses known to cause obesity. Many drugs cause obesity ? like corticosteroids for example.

Anyway, a theory attempting to pin it all on carbohydrates ? especially when carbohydrates are the staple foods of the world’s leanest populations in Asia and Africa, as well as the staple of the vast majority of our primate cousins ? not to mention there is a preponderance of massive weight loss success stories out there by people eating high-carbohydrate diets, is hardly worth acknowledging. But I didn’t want anyone thinking Taubes had schooled anyone, much less one of the most level-headed, promising, and up and coming health and nutrition researchers on the face of the earth. Taubes ranted and embarrassed himself. Schooled? I don’t think so.

Obesity is caused by a large combination of things. The typical obese person did not become obese by eating to appetite of a diet of boiled potatoes, fruits, and lentils. Nor did they do it eating a boring diet of hard-boiled eggs, bacon, cheddar cheese, and steak. The trigger of obesity is highly individual and extraordinarily complex ? even multi-generational. Hopefully this will help to end the foolish bun vs. burger game. The only way to win that game is ?not to play.
How to RAISE YOUR METABOLISM.