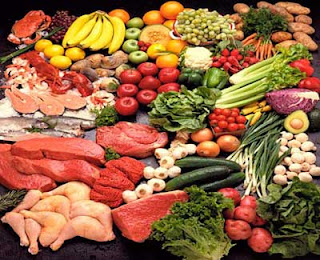 It’s time to do a quick summary on what I’ve been thinking lately as it pertains to diet. Remember, this is just the eating component we’re talking about here, not the literally hundreds of other factors that go into achieving and maintaining good health. So don’t get overly wrapped up in it, or in eating in general. If anything, I look at eating as a tool to help combat the other stressors in life ? a tool that can be used as an anti-stress, anti-inflammatory medication for the many other assaults placed upon us with modern life and mediocre heredity.

For the moment, it seems most appropriate that our individual diets are influenced by three main factors ? the ?3 In’s?:

My intuition tells me that the Krispy Kreme doughnut, fast food French fries, Doritos, and chocolate milk are the best foods on earth. Okay okay, just making the most important point of this post ? that each of these three categories, without the other, is limited and incomplete. Eating whatever you want or crave (loosely referred to as intuitive eating) is a tactic that works in some instances but can backfire in others.

Through many studies done on animal behavior, it has been found that when presented with supranormal stimuli ? things that are bigger and better than is possible in nature, the supranormal stimuli beat nature every time. Birds will abandon their own small little eggs if you put an ostrich egg out there for them to sit on.

?Animals, humans included, seem to have a built-in preference for features larger than those that occur naturally. Ethologists, scientists who study animal behavior, have tried to understand the attraction of the ‘super-normal stimuli. Consider the oystercatcher, a shorebird with black-and-white plumage, a red bill, and brightly colored legs. Back in the 1950’s, Dutch ethologist Nikolaas Tinbergen conducted now-classic studies of the bird’s incubation behavior and discovered something astonishing: When presented with a choice between brooding its own small egg and the giant egg of a much larger bird, the oystercatcher invariably chose to sit on the giant one.

-David Kessler; The End of Overeating

Men, even those like myself who truly prefer small-breasted women, still find it nearly impossible to keep our eyes off of a ‘tig-bittied,? surgically-enhanced bubble chest when she walks into the room. It’s as if there is something about them that has a higher power over a more primal region of our brains, and we stare at them like a Podling or?Gelfling looking into the Dark Crystal.

And hyperpalatable, pornographic modern foods that are processed, extremely calorie dense, concentrated, scientifically-manipulated, cooked to perfection, laced with flavor enhancers, and served in a shiny package or in a fun and exciting restaurant beats out plain old natural food eaten in silence at your kitchen table in much the same way.

Plus, our eating preferences are largely formed by habit, conditioning, and various external stimuli too ? not necessarily innate bodily needs. Man ‘stimuli? is a great word. Someone should get a tally going of how many times I use it in this one.

In other words, we come to like and prefer what we’ve grown accustomed to eating. Grow up eating junk food and you’ll intuitively prefer junk food over other things. Or even just look at orange juice. Raise any kid on earth on Minute Maid then give them a glass of freshly-squeezed orange juice that tastes ten times better. Every single kid will prefer the Minute Maid until they’ve had enough fresh juice to get used to the taste of fresh.

I too can attest to this as the more I eat something the more I grow to like it. When eating mostly oatmeal I came to really love oatmeal, and thought I’d never eat anything else for breakfast ever again. When eating a zero carb diet I thought slow-roasted ribeye was the best food on earth and felt like I could eat it every day for the rest of my life. In Nepal I really started to love the national dish ? rice and lentils, meanwhile, my girlfriend at the time was in Costa Rica eating rice and beans every day and raving about how much she had grown to love it. And now, eating more than half of my calories as fruit, I’m convinced this time that fruit is the tastiest thing ever.

So what we think of as intuitive eating is very limited and highly malleable. But at the same time, our bodies have intelligence that comes out in subtle ways every single day that we don’t even take notice of.

Take for example getting thirsty after eating salty food. If you really think about how complex intra and extracellular water and electrolyte balance is ? a complex process moderated by everything from our thyroid gland to our kidneys, you realize right away that this intuitive urge to dilute concentrated salt with water only minutes after ingestion is absolutely astounding. It’s a strong indication of just how fine-tuned our bodies are, and how masterful they are about controlling our involuntary urge to drink. This intelligence goes way beyond what we can do with information alone, which is always subject to human cognition error (throughout history, human cognition has been wrong about almost everything).

So, take intuition into account when you decide what to eat. The body knows when it needs carbohydrates for example ? like after hard exercise or during stressful events. This often surfaces as a sudden craving or urge that is stronger than one of those desires to stimulate your bored self with the excitement of a Slim Jim.

This is but one wing of healthy eating, but one that needs to be taken into account. Don’t take your body’s urges and needs out of the equation. It’s smart enough to keep you from starving to death or dying of dehydration, and it has needs that vary from hour to hour and from day to day that are never constant.

So a little flexibility is great to have, but is a fine line when our pleasure centers and preferences have been so tainted by supranormal stimuli (boom, said it again), the toys in our Happy Meals, the foods we were forced to eat to be able to eat ice cream when we were ?good,? and other powerful psychosocial influences surrounding us in advertising and otherwise. In fact, our brains have a powerful mimicry program built into our hard drive, and even being around unhealthy people with unhealthy habits can have a really strong influence over our physiology. There are entire fields of study like ‘social endocrinology? and ?psychoneuroimmunology? set up to study these and other very complex mental and social interactions that have a bearing on our health, habits, food preferences, and beyond.

But damn. If you are hungry, eat. If you are thirsty, drink. If you want something sweet, eat it. If you want some meat or fat, have some (and I’ll add non-eating intuition too? If you are sleepy, sleep. If you are tired, rest, and if you are stiff and restless, exercise). These are the most basic and important forms of intuitive eating. They’ve kept humans and all animals alive for millennia and have more than earned the right to influence our diets.