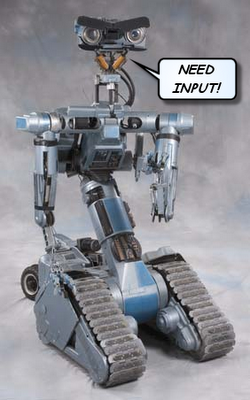 In the last post we talked about the importance of intuition in choosing the foods that you eat. The bottom line is that if you are having a strong biological craving, you must fulfill it to the best of your ability. For young children intuitive eating is probably the most important guide. In an adult, especially one that spends a great deal of time lingering at food-centric health websites like this one, intuitive eating is often way too muddied up by intellectual interference.

Much of this intellectual interference comes from information. The rest comes from decades of accumulated baggage that comes in the form of conditioning ? such as having your parents coerce you into believing that you don’t like vegetables and that cake and ice cream is a ‘treat? or a symbol of elated celebration. This is powerful psychological firepower for making someone a junkfood junkie with an aversion to anything considered health food (which can have deep-seated emotional ties to sacrifice, hard work, punishment, and mundaneness when parents and society interfere with their child’s natural intuition). Even parents with the best intentions often make eating healthy akin to ?cleaning your room? and eating junk food one of the great joys and rewards of life. Oops.

While there is no doubt that we should all take strides to reboot our brains when it comes to various conditioning with food, and to some extent information, the thought that an educated nutrition geek could really move forward and leave all intellect out of the kitchen is simply a pipe dream. At this point, even though I’m thinking about what I’m eating a lot less than I once did, there’s really no way that I could just not think about what I’m eating completely. And maybe it’s okay that I can’t take it to that level. Information can and will always be one of the many important influences when it comes to healthy eating.

With intuition and a good food supply without refined and processed modern foods, we probably wouldn’t need much information about eating. But there is such a glut of information out there in the world today that information is a powerful tool at combating other, less accurate information. Or not even inaccurate, but more like inflated, out-of-context, sensationalized, myopic dogma in need of a firm turkey tap (also known as a sack wack). That’s pretty much where I come in.

To keep mental interference out of the way and open up people to more freedom of exploration and self-experimentation (what I will refer to in the final episode as ?investigation?), my information has become increasingly softer and less dogmatic over the years. I’ve found with any firm position there are always enough contradictions, exceptions, individual circumstances, and other factors that a firm position on things is unjustifiable. For some, even just being able to relax in a social setting with food and eat whatever is served is far more healthy than eating ‘the perfect diet,? whatever that is. I hope to continue my flexibility in thinking as 180 continues to move forward.

The firmest nutritional conclusions that I have come to thus far are:

1) One of the greatest assets in health preservation and disease resistance is the ability to produce cellular energy at a high rate ? something I casually refer to as having a ?high metabolism. Carbohydrates and short-chain saturated fatty acids (in dairy fat and produced from the fermentation of fiber and resistant starch in the gut – of course, there can be individual circumstances when dairy and fiber are both ill-advised) are the most metabolically-stimulating foods, but only in the context of an otherwise sound diet (not completely vegan, not overly fat restricted, not calorie-restricted, mostly ?food-based?).

2) Polyunsaturated fatty acids, because of their heat, light, and oxygen-sensitive nature ? as well as their ability to suppress cellular energy production, will age you at a more rapid rate. Polyunsaturated fat is unavoidable in a normal, mixed diet ? and some polyunsaturated fat consumption may be necessary or even optimal compared to extreme restriction, but there’s little question in my mind that consuming excesses of this type of fat is not optimal (especially in the form of vegetable oils that have had high heat exposure ? as in fried foods like French fries, chips, etc.).

Of course there are dozens of other conclusions that I’ve come to, but none are as firm as these. Still, even with these conclusions, I’m not running around looking for supporting evidence but actively trying to seek out contradictory information to soften these dogmatic stances if warranted. In fact, I’ve received numerous reports of people reversing serious inflammatory disorders using moderate amounts of corn oil as their primary added fat. See enough of this over the summer as I shadow a practitioner using corn oil and claiming to get good results, and I will be more than happy to issue a challenge to the dozens of bloggers and authors entrenched in the belief that omega 6 polyunsaturated fat consumption is the primary driver of inflammation (a belief I currently hold as well, but which has lost a little steam as I have personally followed a very low omega 6 diet for 18 months with marginal improvements in outwardly signs of inflammation ? and it requires more and more straining to chalk?all problems and shortcoming?up to it being “flushed” out of the system).

Stay tuned for the final and most important episode of the 180 Healthy Eating Guide ? Investigation.