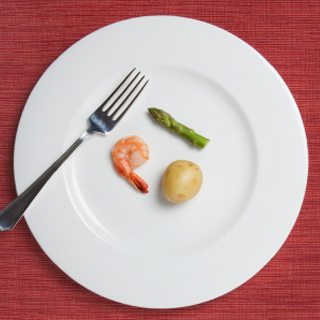 Check out my?eBook?on how to RAISE YOUR METABOLISM, I’m not exactly a fan of low-calorie eating. While I’m tempted just to say, “aw man, calorie restriction. That is so dumb, that is really dumb, fo real”?- I figured it would be better to seriously address calorie restriction as I see it. Recently I wrote a summary of the importance of metabolism that should be appearing on another site soon. In that summary I addressed calorie restriction briefly, which I have included below.

The infatuation with calorie restriction is actually a fantastic example of some fragment of research taken out of context and the subtle nuances ignored – and more importantly, it’s applicability in real people in the real world unacknowledged. Of course, when calories are restricted, everything is restricted – you can’t say it’s purely the restriction of calories as opposed to the restriction of methionine, or polyunsaturated fat, that yielded the prolongation of life.

But far more important than just some academic discussion about the subtleties, an animal in a laboratory is not a human being with free will and free access to unlimited amounts of calorie-dense food. A two-word summary of calorie restriction?with real human beings living in today’s society is “it backfires.”? Recommending calorie restriction for health and longevity?would be like forbidding condom use and recommending abstinence for dealing with population control and the spread of sexually transmitted diseases. In theory it would work with 100% effectiveness. Laboratory study would reveal time and time again that abstinence leads to a birth rate of 0. I think you see what I’m saying.

Anyway, these are the main points of contention with’the silly idea of calorie restriction for health enhancement and longevity. #5 in particular is a unique point that is lost in translation between laboratory and real world…

An increasingly popular myth is the idea that it’s good to have a low metabolism ? and that if we burn energy more slowly we will live longer. Much of this stems from laboratory research showing that severe calorie restriction (like eating half of what you normally eat) prolongs life in several species like fruit flies, rats, monkeys?

But, like most research, this prolongation of life is taken completely out of context and then turned around and applied to adult humans living and interacting in the real world. It ignores aspects of drastic and game-changing significance like?

1) The only people successful at permanently reducing calorie intake by at least half are those that develop an eating disorder (and dieting at a young age is the top ?risk factor? for developing an eating disorder), the deadliest known psychological disease that affects 11 million Americans alone, mostly young women ? and globally has killed more people than the Holocaust.

2) Humans are surrounded by endless abundance and temptation for food, and with real people in the real world, cutting calories by half leads to massive rebound hyperphagia (pigging out ? as is seen in yo-yo dieting and every human calorie-restriction trial ever conducted).

4) Calorie-restricted laboratory animals display many characteristics of neurosis, anxiety, and social/behavioral disorders (like those with eating disorders). Thinking that cutting calories will lead to a long and prosperous life in a human is total fantasy that ignores what science and real world observation has already shown us.

5) A laboratory is a sterile environment, and even if the calorie restricted animals lived longer and did have a verifiably slower metabolic rate (pound for pound I don’t think they do), it’s hard to compare this to the real world. The real world is filled with opportunistic organisms and other pathogens, and a high metabolism controls the strength of the immune system completely. A high body temperature ? a result of a high metabolism, protects from invasion just like a fever wipes an infection out. More importantly, it is obvious when looking at the real world what happens when food becomes scarce ? famines lead to widespread disease and infection at astronomically higher rates. Of course, the body of research connecting degenerative disease like many?autoimmune diseases and cancers’to various infections is growing rapidly.

?In some animal forms, at least, chronic undernutrition prolongs the natural life span.? It has been suggested that the natural life span is fixed, not in time, but in terms of total metabolism or some function of the rate of living.? But in man severe undernutrition makes him look, feel, and act prematurely old.? There are also changes in basal metabolism and in sexual function which resemble those produced by age.”
-Ancel Keys