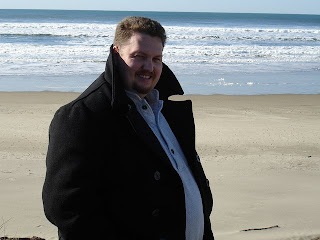 Part I Here
ME:? Beautiful… And I’m glad that whatever you managed to squeeze out of my materials worked out for you. As you know, not everyone loses weight when they go all 180D. In fact, many gain weight – at least for the first few months as their metabolism comes up towards normal.

What did you do that you suspect is different from others who haven’t had such results? If you could give them advice, or share how you did things specifically, what would you say?

In other words?what I’m asking is, what makes you so damn special!!? 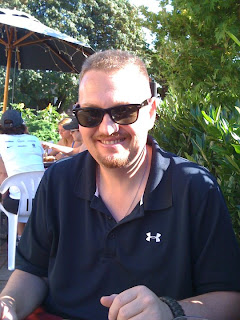 SASHA:? 180DegreeHealth often hurts my head (in a good way of course!) but I understood enough that I knew I was finding answers to my questions. There are reasons for the massive allure and subsequent failure inherent in the diet culture. I needed to know why and how I was going to do things differently. I think if people really want to succeed at fixing their metabolism using this method, above all they need to be persistent and consistent. Fixing your metabolism and eliminating cravings happens, but it takes time. It took me about three months to eliminate cravings and about two more months before my metabolism kicked in and I started losing the bulk of the weight. Many people don’t have the patience for this, which is why fad diets are so popular. A lack of patience and a lack of food and body knowledge is how people end up as lifelong dieters who never reach a goal.

But I’m not special or even particularly intelligent or well-disciplined. I believe anyone can do this. Personally, I think it’s most beneficial to restrict yourself to whole, traditional foods. Absolutely no fast food and no processed foods. I even go so far as to not eat breakfast cereals, I don’t care how natural they claim to be, they’re still processed and in a cardboard box and most taste like the box. One big mistake I see people make is that they fail to see the problem with eating at corporate/chain restaurants. You can’t go to an Olive Garden and eat healthy. How do these restaurants maintain consistency from restaurant to restaurant? Much of their food is heat n? serve. Obviously these types of restaurants are one of my pet peeves. I’m married to a professional chef who’s worked in every type of restaurant imaginable and we avoid these restaurants for the plague they are.

Eat fat. When I tell my friends that I just ate a gorgeous piece of fatty grassfed ribeye or pork belly then lost a few pounds the same week, they think it’s a joke. It’s no joke. I’m proof of that. My body tells me when I need to eat more or eat fat and I listen. People don’t listen to their bodies anymore. Train yourself to listen to your body and it will tell you everything you need to know.

Retrain your palate. On a regular basis I complain about how people have trashed their palates with processed foods. Source the grassfed beef, butter, pastured chickens and eggs. Cook with lots of ghee and coconut oil, buy vegetables in season, learn how to cook. After you learn to eat at home you’ll find you’re going to make better choices when you eat out. I’ve lost count of the number of people who are trying to lose weight that can’t maintain any kind of consistency in how they eat. They’re either eating some nasty chicken breast with lettuce and lite dressing at home or gorging out on really bad food at Applebee’s or Chili’s. The quality of your product at home should be consistent with the quality of product when you eat out.

Be physically active but don’t exercise. I know that makes no sense but I hate exercise. I’ve only been to a gym once several months ago when my husband and I got a free one-month trial. It was dull, boring, my muscles were uncomfortably sore all the time and I stopped losing weight. We never went back. My advice to people is to find a few fun activities you like to do and enjoy. Bicycle, hike, run, kayak, do yoga, whatever you enjoy. Avoid massive amounts of useless cardio, overtraining with weights and silly fads (Zumba, yuck). I do a lot of bicycling, hiking and yoga but not to the point that it becomes loathsome.

Once your body finds its rhythm and your metabolism mends, the body’s weight finds its own level, like water. I’m amazed at how almost effortless the weight loss has become. I say “almost” because sometimes I get thrown off balance, but the correction is always pretty simple. Every individual is different but what works for me has had an equal and amazing affect on my husband who has lost 88 pounds along with my 127 pounds. He ended up coming along for the ride, so to speak, when I started my new way of eating and understanding food and my body and he has reaped the benefits too.

You mention not doing exercise but being physically active. How much of a role did exercise play in you and your husband’s weight loss? Were you really making a point to move your body more? If you had to estimate, what percentage of the weight loss do you think was attributable to getting more activity, and how much was the diet? Or do you really think it requires both to realistically succeed?

SASHA:? I like this question best because I think the distinction I made is important and deserves some clarification. Just like appetite, a morbidly obese person loses the ability to gage what is a normal activity level so we wind up terribly underactive while still thinking of ourselves as fairly active. How many times have you been told by a morbidly obese person, “Well, I’m pretty active for a big guy/lady, but I don’t seem to lose the weight”. It isn’t because this is true, but because our perception of what normal activity is, is warped. I know my judgment of what it’s like to be hugely overweight seems insulting, but it really is like being myopic in a fishbowl. You lose sight of so much. 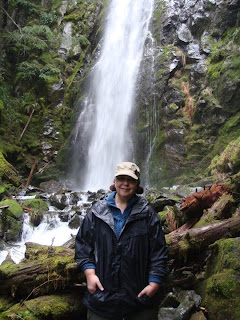 At my heaviest when I started losing weight, I knew I needed to move more, but because I feel about the same toward the exercise/fitness business as I do about the diet/weight loss business, I wanted to do things opposite of what the mainstream would tell me to do. My plan, pick activities that I imagine myself doing at any weight and for reasons other than weight loss. Make sure it’s something I enjoy and something that I can see myself doing for many years to come. This, for me, started with walking and evolved into hiking. I live in the Pacific Northwest so this was a natural evolution. Last winter I started running, then trail running and eventually I bought my bicycle. Every activity I’ve picked has evolved in some way, either in intensity or mileage, and this is important, because as your body fixes and repairs itself due to the obesity, your body will naturally want to move more.

So, my way of eating and losing weight and my physical activity are not mutually exclusive of one another. When you eat to appetite and eat what your body craves, your physical activity will naturally feel inclined to match that by either doing something more intense, less intense or by wanting more sleep. It’s an almost 50/50% relationship between the two and I can’t imagine one without the other. It is important to understand what kind of energy your body is “into”. I’m more of a slow steady burn with more endurance while my husband has become inclined toward shorter, high energy bursts, which is probably why he enjoys mountain biking and running. Whatever it is, you’re going to want to be active.

I know some people would argue that you can lose the weight without any of this, but how long will that last? I’ve seen enough people go the wrong route in both directions so it’s easy to know what to avoid. I see the people who do nothing or very little, lose a few pounds or more, but beyond that not much changes for them physically. I have also seen people engage in frantic and large amounts of cardio, losing large amounts of weight quickly after which they burn out, gain some back and struggle, never to find that momentum again. I guess the bottom line is sustainability. What are you going to eat or do that will become a natural part of your life from here on out? I approach both my food and my physical activity with this in mind.