The Holy Grail of Weight Loss 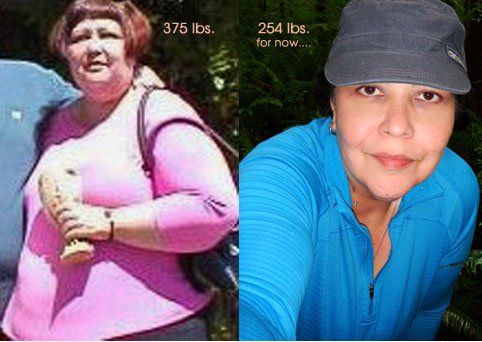 I must agree that eating like a fiend cuts out all cravings -and- I’ve lost 100 pounds over the last year eating like a fiend. The weight is coming off naturally and I’m never deprived and I don’t waste hours at a gym. People think I’m lying to them when I tell them how I lost the weight. :)?

This week 100% organic Sasha is on the menu. Pure, unadulterated, unprocessed Sasha.

Since the beginning I’ve known that dieting in the traditional sense is a counterproductive measure. Even if you do manage to starve yourself thin, your body and mind do not work properly. Libido gets wrecked. Hair falls out. Neurosis sets in. All the parallels to starvation and eating disorders are laced in there, even if you are still overweight after your weight loss.

So I knew there had to be another way. I knew that it had to possible to lose body fat without going into starvation. And I knew that, theoretically, neither fat nor carbohydrates nor protein needed to be restricted. After all, no macronutrient is inherently fattening. Healthy bodies of all species maintain weight equilibrium on any number of macronutrient blends.

And Sasha Garcia Degn and her husband have, and are, achieving that. The pair has lost more than 215 pounds combined without hunger, without counting or cutting calories, without intentionally cutting carbs or fats or going on some extreme diet, and without doing any unwanted exercise. This is the Holy Grail of weight loss.

Of course, not all that stumble across my information have magically had body fat pour off of them. Many have, but many have gained weight before the fat gain stopped, and then, despite feeling better in numerous ways indicative of a restored metabolism, adopted a small child that never made it to the delivery room (okay, that was kind of a weird metaphor ? I’m talking about that swollen belly pregnant look thing ? kinda sexy if you actually are pregnant. Otherwise not so much).

Anyway, I thought it was worth taking a close look at what Sasha did specifically, and examine what diet, mindset, attitude, exercise, etc. that she felt was the key to her success. I think we all have quite a bit to learn from her. Here is the first part of the interview ? to be continued throughout the week?

Me: Sasha, many people have tried to follow the basic 180DegreeHealth approach to eating – that is, eating to appetite of nutritious foods, not exercising too much, and not restricting calories, carbohydrates, protein, fat – or any food group. Just eating basically, and letting the body “do all the accounting” as author Jon Gabriel says. To date, you have had the most successful weight loss, well over 100 pounds, with that approach since the idea of rest and refeeding originally?debuted three years ago. We’ll get to why that might be, and what you did differently than others in a minute – but first, can you tell us how you got up to 375 pounds, and where you were when you first came across 180DegreeHealth?

SASHA:? I think I can speak for many people when I say that I don’t know exactly how my weight got up to its highest. Generally, a person with that much weight will know in retrospect that they were consuming high numbers of calories, probably spending a lot of time on the couch and let’s throw some heavy stress in for good measure but ultimately we don’t know anything specific. One day we see a number on a scale astonished and think, “how did that happen?” That seems odd, but the part about not exactly knowing really is how it happens. For myself, I do know that my weight started going up just before I got married, eleven years ago. A lot of processed and fast food and little physical activity and later, taking care of my ill, elderly mother all by myself. After a few years of caretaking of my mother, a lot of stress and overeating, my mother passed away and the weight stayed. By that point I was well into the 300s and my metabolism was so completely bonkers that being that overweight felt almost natural.

Two years after my mother passed away, my husband and I moved from Los Angeles to Washington state where I spent four more years, not only suffering from my morbid obesity but from a severe vitamin D deficiency as well. After self-correcting the vitamin D deficiency, I felt much improved and also dropped about 20 pounds without any effort. Taking a clue from my vitamin D experience and tired of not being able to climb a flight of stairs or walk more than a quarter of a mile, I started to think that the body, when given the right things, might be able to correct itself. I knew the diet culture was a sham so this time was going to be different. I was going to fix my body so my body could fix itself.

First, I needed to know what a semi-normal daily calorie intake would be for me. I know that seems anathema to “eating to appetite,” but a morbidly obese person, trust me, has no clue as to what anything close to normal is especially where their own appetite is concerned. There had to be some guideline for me. I still use that guideline, but now I use it to make sure I’m eating enough, which most people don’t do while they’re preoccupied with eating too much. I do not track fat, salt, or protein. My body tells me what it needs. I also started to gather as much knowledge as I could online. Weight Watchers, gastric surgery, Medifast, all of these were already out of the question, even Eating Clean was off limits because I knew the idea of eating only lean meats was not a sustainable way of eating long term. I was looking for something else even though I had no idea what that was. Eventually I stumbled onto the whole foods way of eating, including my personal choice, Weston A. Price Foundation and then, the site that was truly the catalyst of physical change for me – 180DegreeHealth. By this point I’d lost close to 45 pounds and was still well over 300 pounds.