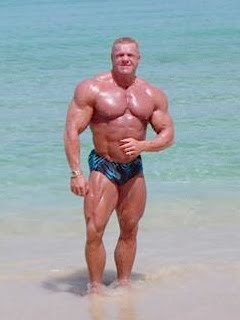 For those who don’t know, Scott Abel (http://www.scottabel.com/)?is a physique training legend. More than perhaps any other, Scott has immersed himself into the complex science of physique enhancement, physical conditioning, personal training, and more. And his results are impressive. Even approaching his mid-40’s Scott looks like he could arm-wrestle Arnold during his prime, and he has trained over 300 fitness competitors to varying degrees of success as a coach – including many National champions.

His resume aside, which establishes his ability to help others build commanding, muscular physiques and outstanding well-rounded fitness, what lessons does Abel have, if any, for those in pursuit of a fun, relaxing, enjoyable, sustainable lifestyle accompanied by graceful aging and freedom from chronic illness? (I’m not convinced that hardcore exercise and dieting such as that used to enter fitness competitions is the ticket)

As you know, the focus at 180DegreeHealth is raising the metabolism as you can read about in DIET RECOVERY, so it is perfectly fitting that Scott Abel pioneered a form of training called ?Metabolic Enhancement Training. With this name going for it, it was impossible for me not to explore his work to see what he was getting at, and to see if very specific and scientifically-generated exercise really could be a part of an overall strategy for great health.

While Metabolic Enhancement Training (MET) is no doubt outstanding for creating a freakish physique, its overall application to the average Joe is extremely limited. The training itself requires excruciating suffering from the participant, huge allotments of time (75-90 minutes 5 times per week), and involves very complex movements and a great deal of equipment to follow it with precision.

But that doesn’t mean that there aren’t ?lessons? to be learned from the training itself, and the how’s and why’s it was developed. There are.

The 3 basic Fundamental rules of MET are:

And it goes without saying that intensity is a big part of the program as well which can be measured by the degree of ?oxygen debt,? which could be fundamental #4 of the training.

Abel also happens to be fiercely opposed to slow, steady-state cardio training on your typical cardio machine. He feels it ruins physiques and metabolism ? and I would agree that is true IF it is taken to extremes of duration and intensity such as that seen in marathon running that we discussed in the LAST POST.

He also has plenty of negative things to say about traditional resistance exercise without complementary athletic movements and conditioning:

?Furthermore, the bodybuilding paradigm myth of program design also delineates certain amount of rest between training protocols based on muscles used. Simply put, what I have noticed is that over time following the bodybuilding training model does not enhance metabolism but somehow slows it down. While muscle burns more calories at rest, these type of workouts do less to enhance the training affect on metabolism than do more movements based protocols.

MET is really a form of exercise that is designed to mimic those ?metabolically ideal? types of exercise in a gym setting, designed specifically for generating power, conditioning, activating all the muscles in complex movements, balance, and a metabolism that supports high-level athletic performance ? one with a high level of muscle to fat by definition, which is a telltale sign of high levels of anabolic hormones (such as testosterone ? good whether you are a man or a woman for looking good and aging well) and low levels of catabolic hormones that break down muscle tissue and enhance fat storage (cortisol being the king).

Metabolically ideal forms of exercise would be the ones that utilize all of the above-mentioned principles of MET ? speed, range of motion, stable to unstable positions, and intensity.

In other words, ballet, sprinting, gymnastics, martial arts, wrestling, plyometrics, etc. ? the sports that are defined by the extreme athleticism required to perform them. Sprinting of course lacks some of the elements, and you see speed and power amongst sprinters but not much well-rounded athleticism. Ballet, for females, also lacks the full culmination of all training in that it lacks resistance for the upper body, whereas the males, who are constantly lifting ballerinas, have a level of full body development that is strikingly superior. 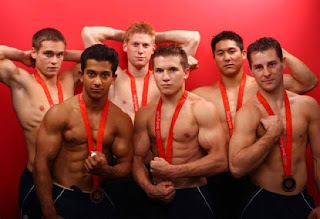 But in general, you can clearly see, in each of these sports, the themes of having to balance in unstable positions, perform within many different ranges of motion, and do so with great speed, quickness, agility, and power is the repeated theme. 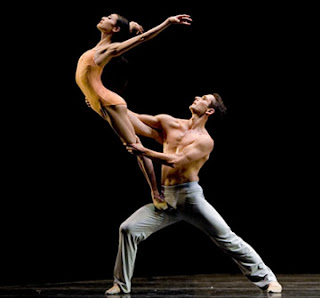 Abel is simply trying to get the best metabolic enhancing effect of those sports, but by adding extra weight load, is able to build more muscle mass. He also goes for extra conditioning by making it hard as hell, and not allowing himself full recovery in between sets/circuits. This puts the body in a greater anaerobic state (oxygen-deprived) which fosters greater adaptive response and development. That’s it in a nutshell.

So if you are wondering what the most efficient form of exercising is for looking better and getting your body to undergo hormonal changes that will potentially foster better health (like decreased cortisol), it boils down to training at high-intensity levels (this converts slow-twitch muscles to fast-twitch muscles, increases body temperature, increases glucose burning over fat burning which is more efficient and fosters better insulin sensitivity, and more, including potentially lowering baseline cortisol levels despite acute rises during the high-intensity period), training all muscle groups with full range of motion, performing movements with great explosive power and speed (like jumps as in plyometrics), and, for greater muscle development ? adding strength/resistance training into the mix somehow.

If you have any interest in fitness, these principles are all certainly worthy of your full consideration. If you are purely interested in health, the bigger picture view suggests that just moving your body around and not being on your butt on all day long in front of a computer like me is the route to deliver that. Researchers such as Konstantin Buteyko (as?Lisa pointed out in the Tabata video I posted on Monday)?or Ray Peat can certainly whip up some strong arguments AGAINST doing high-intensity exercise (due to hyperventilation/oxygen debt?and resultant lactic acid production), regardless of what it may deliver in terms of physique enhancement and fitness level. So the jury is definitely still out on high-intensity exercise from a health standpoint.

But just NOT running marathons or doing dumb 140-mile bike rides like I used to do is already a big step in the right direction.

Here are some of Scott Abel’s videos demonstrating some of the MET themes (range of motion, instability/balance, speed, intensity)’to better put this into perspective. Some are very advanced, but they give you an idea of what MET is getting at…