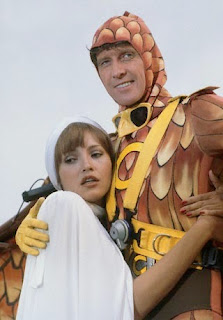 Howdy folks, we interrupt Ray May for this highly-anticipated guest blog post by none other than Brock Cusick, frequent 180 commenter, follower since the dawn of http://180degreehealth.com/, and author of the blog http://cusickonnutrition.blogspot.com/.  While we can never expect any two people to have identical views, even when those two people grew up watching the movie Condorman on every single sick day, I have allowed Brock to share his views openly – discussing some new research he has come across that identifies yet another important link in the body weight regulation system of the human body.  I hope it triggers some great conversation.  I share some of the thoughts I exchanged with Brock about this in the comments section.  Anyway, thanks Brock – for the post and your inspiration.  Like the time you wrote me, “If do right, no can defense.”

The Body’s Fatness Regulator Has Been Found
There are moments when a single piece of information falls into your lap and whole new vistas become clear. Many small pieces of information previously formless snap together into a working whole, and what was confusing just moments before, becomes discernible. I had one of those moments on Tuesday, the 26th of April, 2011 – and I would like to share it with you.

This post is about weight loss and diabetes, why we get fat, and how we can lose it.

Researchers at Yeshiva University’s (go Macabees!) Albert Einstein School of Medicine have identified and characterized a curious little protein (link goes to synopsis; full paper costs $30) produced in the hypothalamus (long known to be involved in body fat regulation) called thioredoxin-interacting protein (TXNIP, which I pronounce ‘ticks-nip?). Unsurprisingly this TXNIP has an influence on ‘thioredoxins?, a class of proteins found in many tissues throughout the body.

The best way to think of TXNIP is as a graduated signal – like a light on a dimmer switch going from ?off? to ?barely on? and all the way up to ?bright as possible. The hypothalamus senses certain things about the body’s current condition and then produces the appropriate level of TXNIP so it may instruct all of the thioredoxin-producing tissues of the body how to behave. In this way the diverse tissues of the body (which have no way of communicating directly with each other) act in unison.

Just what TXNIP signals is absolutely incredible. High TXNIP levels cause white fat cells to retain fat, brown fat cells to reduce heat production, and all of the body’s tissues to become insulin and leptin resistant, while low TXNIP levels cause white fat cells to release lipids (lipolysis), brown fat cells to produce heat (thermogenesis), and all other tissues to become insulin and leptin sensitive. In one fell swoop one protein explains obesity, Type II Diabetes and cold feet. Moreover weight gain and diabetes occurred ?in the absence of any effect on feeding behavior. Oxygen consumption, respiratory quotient, physical activity, and brown fat temperature were decreased in hTXNIP-expressing mice compared with controls, suggesting that lower energy expenditure in hTXNIP-expressing mice accounted for their higher rate of body weight gain.

To translation the geek-speak: The mice that got fat didn’t eat any more than the lean mice; their bodies just became insulin resistant, partitioning calories over to the love handles and ?paying? for the calorie deficit by throttling down various metabolic activities. If that doesn’t shut up the ?calories in/calories out? and ?Just eat less! Have discipline! crowd, they can no longer lay claim to being in any reality-based community.

Of the three signals the paper does not identify which input (sugar, insulin or leptin) has the strongest effect on TXNIP, but I suspect it is blood sugar – diabetics often have high insulin and leptin levels without any reversal in their symptoms. Or perhaps any one input being ?out of desired range? is enough to send TXNIP up. At this point it’s an unanswered question.

Despite the uncertainty I just mentioned, this is still fantastic science and quickly leads us to what we have to do if weight loss and diabetes reversal are our goals. Anything we can do to get blood sugar low and keep it there, and anything we can do to get insulin and leptin up and keep them there, is going to work in our favor and possibly lead to weight loss. Below are the strategies I believe will trigger immediate and ?effortless? weight loss-

Carbohydrates. Fiber-rich, fresh carbohydrates are the ‘triple threat? for weight loss (emphasis on the fiber). The fiber will ferment into short-chain fatty acids (SCFAs) in the hindgut, turbo-boosting insulin sensitivity and thus lowering blood sugar; the glucose will spike your insulin; and the calories will spike your leptin. Between these three factors TXNIP is toast. Instant leaning out. Make these the basis of your diet – fresh whole grains (brown rice, corn, oats, wheat – whatever) and potato variants with the skins on (the skin is where the fiber is). If you have the means to make fresh flour, chapati it up.

Keep protein and fat low. There’s nothing wrong with protein and fat, but they don’t boost insulin or tame blood sugar as well as carbs. Each calorie of fat or protein you eat is going to be a calorie of carbs you don’t eat before you’re stuffed for the day.

The proteins you do eat should be a mix of ?normal? meat and gelatin. Fats should definitely be saturated – especially coconut oil.

Eat the Food. Never skip meals and always eat to appetite. This is about leptin, people! Leptin, leptin, leptin! This woman lost 232 lbs. over two years after switching to a regimen that never skipped meals while making no changes to the quality of her diet whatsoever. I think we can do better.

Also, if you’re really craving something that’s “off diet”, just go for it. The stress of thinking about while you dutifully eat your potatoes just isn’t worth it, and maybe you’re craving it because your body knows you need some vitamin, mineral or other quality. Trust your instincts and just get back on the horse at the next meal. It’s okay, I promise; I won’t come over to your house and berate you for being a bad person.
No Milk. For reasons that aren’t clear to me, but many people have reported this, it is very easy to gain build muscle and lean tissues while drinking milk but damn near impossible to lose weight. Evolutionarily this makes sense – the last thing you want a nursing infant to do is lose weight. So this means that for the duration of your weight-loss effort, keep dairy to a minimum (or none at all, if you can manage). Butter (and especially ghee) is probably alright though since it lacks the proteins and sugars of milk that seem to be so anti-weight-loss.

Frequent Feeding. The TXNIP study found that any sort of fasting caused TXNIP to inexorably rise, while meals immediately quenched TXNIP production (the insulin and leptin signal). Meanwhile other studies on both humans and horses found that frequent meals kept leptin up and blood sugar low the whole day long, while infrequent meals produced wide swings in both. Don’t listen to those leangains guys – frequent little meals (FLM) is the way to go.

Anita Mills (who I linked to above in ?Eat the Food?) also ate small frequent meals. Her Doctor’s advice was spot on (if incomplete) for keeping blood sugar lower and leptin higher.

Helpful note: In the last week I have already started making FLMs, and it’s quite convenient. I just make my breakfast as usual but double the amount I make and then divide it into four portions. I then eat one immediately and the other three portions go into tupperware for work. Dinner is eaten with the family normally. No sweat.

Correct Exercise. This is just as important as any dietary change. Lift weights, do bodyweight exercises, and/or Maxercise. Read Matt’s post at the previous link and his post on the PACE system by Al Sears to understand more fully the reasons why this is important, but the short version is – because it lowers cortisol and blood sugar.

Lower Cortisol. Straight from Wikipedia, cortisol’s ?primary function [is] to increase blood sugar?. Cortisol is bad for weight loss, mm?kay? So meditate, go for walks, do yoga – whatever. Almost anything that reduces cortisol is probably a good thing. Foods that lower cortisol, such as orange juice and ice cream, might also be helpful in moderation.

Ice Cream?? Heh heh. That’s been quite the topic du jour around here, eh? Well actually some amounts of ice cream might be good (or at least ?mostly harmless?) for weight loss if you are already very insulin sensitive. Someone who is still diabetic will have increased blood sugar for hours from a bowl of ice cream (or a plate of pasta), but someone with an excellent blood sugar control should see their blood sugars return to normal fairly quickly – while also getting an insulin and leptin boost that quenches TXNIP expression. Until I hear evidence to the contrary, I’m putting this into the ?Allowed in moderation? category. The basis for your diet should still be high-fiber starches though, 4 to 5 meals of the day.

Avoid Stimulants. Anything that boosts the adrenal glands is going to boost cortisol as well as adrenaline, causing high blood sugar. Sorry Mr. French-Press, you and I will just have to take a break.

Sleep. It does a body good. Sleep is so important I can’t even summarize it in one paragraph or two. Just get a much as you can. If at all possible, unplug your alarm clock and go to bed early.

One last point. Let’s call this system something. In honor of the grain-based nature of this diet, the light amounts of protein and fat, the regular exercise and strict diurnal practice of sleeping a lot, I humbly suggest The Neolithic Diet. (Strictly speaking our species has been eating a carb-based diet for 500,000 years (No one tell Art De Vany!), so this diet is actually Paleo. But let’s not confuse people.)

This Neolithic Diet isn’t just theoretical. I put it into practice on April 27, 2011 and will be ?live blogging? the results as they come in at my nutrition blog Chicken Soup for the Liver. If you’re interested in how it works you can follow me there. Also, if you choose to try this experimental diet with me PLEASE do two things – (1) email me to let me know, and (2) take some ?before? pictures. If this regimen is as successful as I hope some ?before and after? shots from people other than just myself would go a long way towards convincing even more people to put this into practice. And then we’ll have really started something.

Special thanks Mark A., a 180 reader and friend, for first alerting me to this research. Super-special thanks to Matt Stone, for letting me contribute to the discussion here.
-Brock Cusick; bmcusick@gmail.com