Water: Is it Good or Bad? 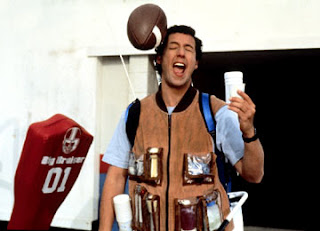 I think it’s the nature of the human psyche to be somewhat lazy. By lazy I mean wanting to cling onto simple black and white concepts, declare ?case closed,? and systematically file everything into good and bad categories.

In the world of nutrition this laziness abounds. It seems everyone wants to create ?good guys? and ?bad guys? out of different foods, different substances, different therapies, different medications. But you really can’t do that. And when you do file things into categories that are either ?always good? or ?always bad? you commit intellectual suicide to a certain degree.

I have been thoroughly?punished by this type of mindset just like anyone else. Many years ago I thought water ?had? to be good for you. Pure, crystal clear water. The genesis of life on earth. It was the essence of purity and wholesomeness ? the more the better.
Later, I came across some opposing views on water, and noticed that I was having ill effects from drinking it, such as indigestion. I went so far as to write an article pointing out this error (Oops, I Did it Again), and jumped on the other side of the water debate. First, water was always good. And now, water was not preferable to other fluids that contained electrolytes and carbohydrates ? like milk and fresh juices.
(As of December 1, 2012, you can now read about the subject of hydration, salt, and other important items discussed in this post in the book Eat for Heat).

But then I improved my health by ending an overly-restricted diet that got me into trouble (one could call it a ?Weston A. Price version of a low-carb diet?), and no longer had any issues with water at all. I began drinking tons of it again. I thrived on it. Water was back on the ?water is good for you list. I’m not the only one to flip flop back and forth on water. Mercola has done the same recently.

The problem was trying to put water into a category as good and bad. You can’t do that ? not even with something as simple as water. Maybe you could do that with cyanide or DDT or movies that were not made in the 1980’s, or Room 304 at the McClure Hotel in Wheeling, West Virginia, but not all common foods.

Anyway, on to what I mean, and why water can be extremely good or extremely bad depending on the circumstance.

Water, quite simply, is a solvent. Salt and sugar dissolve in water. When you drink water, you urinate or sweat it out later and it is contains a lot more sugar, minerals, and electrolytes than it did when it went in. Water washes all that out.

As Ray Peat has written, those with a low metabolic rate have trouble storing adequate amounts of glycogen and often have a tendency towards hypoglycemia. Likewise, they have a hell of a hard time retaining electrolytes and other minerals like magnesium. Both hyponatremia (low electrolytes) and hypoglycemia (low sugar) can induce things like migraines, seizures, headaches, anxiety attacks, anger and aggression, frequent urination (polyuria), vomiting, nighttime urination and bedwetting in children (nocturia), night terrors and nightmares, and a long list of other complaints ? all of which are serious stressors. In fact, as I pointed out in an argument I had with a completely uninformed person earlier this year who was encouraging someone with low blood sugar seizures to drink lots of water ? giving large quantities of water to an infant can induce a seizure on the spot.

Reading all this, you would think water was, generally-speaking, a negative. Quite the contrary. The fact that it can wash excess salt and sugar out of the system is wonderful for those who have TOO MUCH SALT AND SUGAR in their systems. As I’m finding with my investigation of Challen Waychoff, who tracks these things with a conductivity meter (which measures electrolytes basically) and refractometer (that measures all dissolved particles in the urine), most people have very high levels of sugar and salt and get the most benefit from lowering these levels, not raising them.
Of the waters, distilled water ? completely devoid of minerals and thus much more potent for stripping salts and sugars out of the body, is so powerful that Challen named his company ?Heavenly Water. But even someone who calls water ?heavenly? knows the power of water used in the wrong context. That wrong context is of course, when given to someone with a tendency towards hypoglycemia and hyponatremia (and I’ve noticed that many who do, have a natural aversion to drinking water, but often drink tons of it anyway due to bad advice given from the mainstream – the mainstream obsession with water runs deeper than freakin’ Lake Baikal).

But hey, even most practitioners of the RBTI don’t get this at all. Poor 180 follower Sheila, who has one of the most obvious cases of chronic hypoglycemia I can think of (cold hands and feet between meals, brain fog, waking up in the wee hours of the morning, nocturia so bad that she can’t go to bed until after midnight after she’s finally quit peeing every 5 minutes), was told by someone practicing RBTI in Europe to drink 5 LITERS of water every day. This, of course, made all of her problems exponentially worse. 5 ounces of water is probably plenty for someone with severe hypoglycemia ? until of course they overcome that condition ? at which point they need to drink more and take advantage of water’s purifying effects.

This is why the refractometer I wrote about recently is such a powerful tool. When the reading drops below 1.5, it is an indication that the solutes in the urine have dropped too low. In plain English, the body is lacking adequate salt and sugar to perform basic functions. This is one of the greatest stressors the body can experience. The worst thing you could do in this situation is drink a big glass of water (or other drinks that lack sugar, like diet soda or tea). It would be much healthier to rush to the nearest fast food establishment and drink a Mountain Dew. Drinking antifreeze would probably be healthier than drinking water in that circumstance.

Once you realize that whether or not something is healthy is circumstantial, it opens things up to a whole new world of possibilities.

Anyway, this is why I KNOW what Challen Waychoff is doing up in Wheeling is, at the very least, a huge step in the right direction in the medical use of nutrition. Instead of giving blanket recommendations to all of society based on the likelihood of more than 50% of people benefitting from it (while a portion of the population is decimated by the same advice), he looks at a person’s specific body chemistry and comes up with a very precise program for rebalancing that body chemistry. It is Ayurveda on steroids. And I believe that time and experience will prove to me that this works as well as or better than any non-specific nutrition guidance currently being given anywhere on earth – even with its Frankenfood-o-philia.
There will always be general information. And as a writer, that will probably always be my specialty. But there are certainly circumstances that demand much more precision, careful monitoring, and fine-tuned manipulation. If only mainstream medicine could have open-mindedness to such as concept, targeting the diet and lifestyle root causes and effects of abnormalities in diagnostic tests as opposed to going first to medications to strong-arm the numbers back into ?healthy? ranges… Sniffle, sniffle.

Instead we are all told?

Saturated fat is bad (Keep in mind there are over 30 types of saturated fat and each is unique, but I digress)

And dozens of other things. Including, none other than?