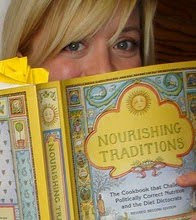 I’ve been a busy boy, posting four new videos in the past couple days.  First and foremost however, is my lengthy guest post at Elizabeth Walling’s The Nourished Life more or less on the topic of leptin resistance.  Please check that out.  It’s a good one.

As somewhat of a follow-up to that post, I did a video on leptin resistance and obesity – basically stating that obesity, from a functional/hormonal standpoint, is starvation in every respect.  Definitely worth taking a peek.

Next in the lineup is a little fun.  Lately, as many of you are aware, there has been a huge titanic battle going on between Anthony Colpo and Michael Eades (here’s a taste of that) – some of the louder voices in the health and nutrition internet scene.  In this video, I play knucklehead referee, suggesting that low-carb diets can slow down your metabolism (hardly a metabolic advantage – which was the focus of the dispute), and that Colpo’s book should be called The Fat Gain Bible.  Crap, I can’t make any friends.  I’ll take some heat over this one fo’ sho’.

#3 in the video lineup is an important video showing the link between inflammation and obesity.  Inflammation triggers the release of a leptin-resistance inducing protein called SOCS3, as well as cortisol which has similar consequences.  A low omega 6 diet is certain to help improve this metabolic downward spiral.

Last but not least is the latest 180 Kitchen post.  It’s still Filet Mignon March, and today’s installment is a buttery, velvety, silky smooth lil’ taste of heaven.  Beef Tartare.  God I love it!