Whee, This Health Stuff is Easy! 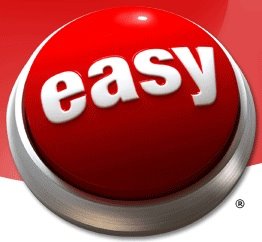 I don’t like throwing out personal stories I receive from others’too often. A lot of health gurus out there make a bad habit of selectively sorting out all the favorable testimonials they receive and busily go about propagandizing their work – and believing it themselves.I may have once been into’telling everyone how awesome I was, mostly because I knew I had really stumbled upon something amazing and no one was paying attention and it was driving me crazy. But I don’t have that kind of time anymore, I’m too busy learning.? This, however,?is a classic?case of honeymoon chasing, and restricted eating gone awry – and?it’s?well-written enough to be VERY enjoyable to read.

We’ll keep it totally anonymous, but I will say I’m glad I took?her by surprise and made?her realize. She wanted me to post it tomorrow, but I told her?”I can tell you right away I can’t wait another day.”? Sorry, I’m on like a total 80’s binge right now. I met a girl who?crimps her hair and owns the movie Space Camp, so?I’m really trying to’step it up. By the way, the title of this post stems from the fact that I’m starting to believe that this whole speeding up the metabolism and healthy eating/living thing is a heck of a lot easier than I ever imagined. Which is amazing news.

For?more?discussion on many of the topics covered below,?download how to RAISE YOUR METABOLISM.

“I was alternately vegan and vegetarian for years, had an interim period of (still mainly-vegetarian) SAD omnivory, and then discovered paleo after a crippling six month bout of IBS/chronic diarrhea. Prior to paleo I also had: a multi-nodular thyroid adenoma appear that would occasionally blow up to the size of a ping-pong ball, severe amenorrhea (maybe two menstrual periods a year), severe depression, reactive hypoglycemia, arthritis, anemia, non-stop respiratory and sinus infections, seasonal allergies, lethargy, memory problems and brain fog and probably some other stuff I am forgetting.

Most of this stuff cleared up after going paleo, luckily. However, after the honeymoon period of like “Holy shit! I can run around and do stuff now and feel good! AAAHHHH! This is the best diet in the world!” (about 9 months), I found many of the health problems creeping back into my life. The biggies were: my hair became so brittle that I eventually had to chop it off because it was breaking off every time I touched it, my daily diarrhea came back, my thyroid cyst started to increase in size again, I became fatigued as hell, my now regular period became plagued with cramps, my blood pressure was super low, and the original mental clarity I got started to fade. Total fast track to bummer town–I wasn’t sure where to go from there.

Then I found your site. I had been aware of it, of course, but hadn’t really checked it out until recently due to the whole “Matt Stone is a douche” thing that seems to have a life of its own in the paleosphere subconsciously steering me clear. Then, two weeks ago, Chris Masterjohn linked your “Protein–A Closer Look” article and it was one of those really formative light switch moments. I empathized with your diet history because it paralleled mine in many ways?initial good experiences with mostly fruit going downhill, initial good experiences on LC going downhill, etc. I read the whole thing closely, went on to read other entries, watched some of Josh Rubin’s videos, downloaded your free e-book, and looked up everything I could find about Ray Peat.

Holy #$%*ing shit! Between all of them it was like the smack I needed to try something new and it all made so much sense intuitively. I found a summary of Peat’s dietary guidelines that someone made on the internet (noting that he emphasizes a lot of the things that I love to eat and crave often and that paleo dictum advises to limit, like dairy products and fruit, and deemphasizes a lot of the things that paleo folks fetishize but that I have to force myself to choke down, like tons of red meat.) I combined these guidelines with your HED ones and modified my current diet thusly:

Small changes in the grand scheme of things, but evidently a big friggin’ deal to my body. Within a single WEEK my temperature went from the high 95s/low 96s (where it has consistently been for most of my adult life) to staying somewhere between 98.5 and 99.3. In fact, the heating system broke at my work three days ago and I didn’t even notice–normally I would have been bundled up and shivering. The white coating on my tongue that has been there for the past six months is gone (so the whole discussion of reversing thinking on candida diets in that interview you did with the Rubins made me high five the air!).

I have tons of energy, am sleeping much better, my breath and body odor is noticeably better smelling, my brain is working again, my thyroid cyst is noticeably smaller, my bowel movements are solid once more, my libido is coming back and no menstrual cramps this month. How much of this is the diet, how much the return of spring and sun, and how much is joy about throwing old attitudes out the window I do not know, but whatever the percentage, thanks, dude–I feel better than I have in many many months. Keep on researching and blogging and adapting–you are totally helping people.”